Officials: No live audience for Democratic debate in Phoenix on March 15 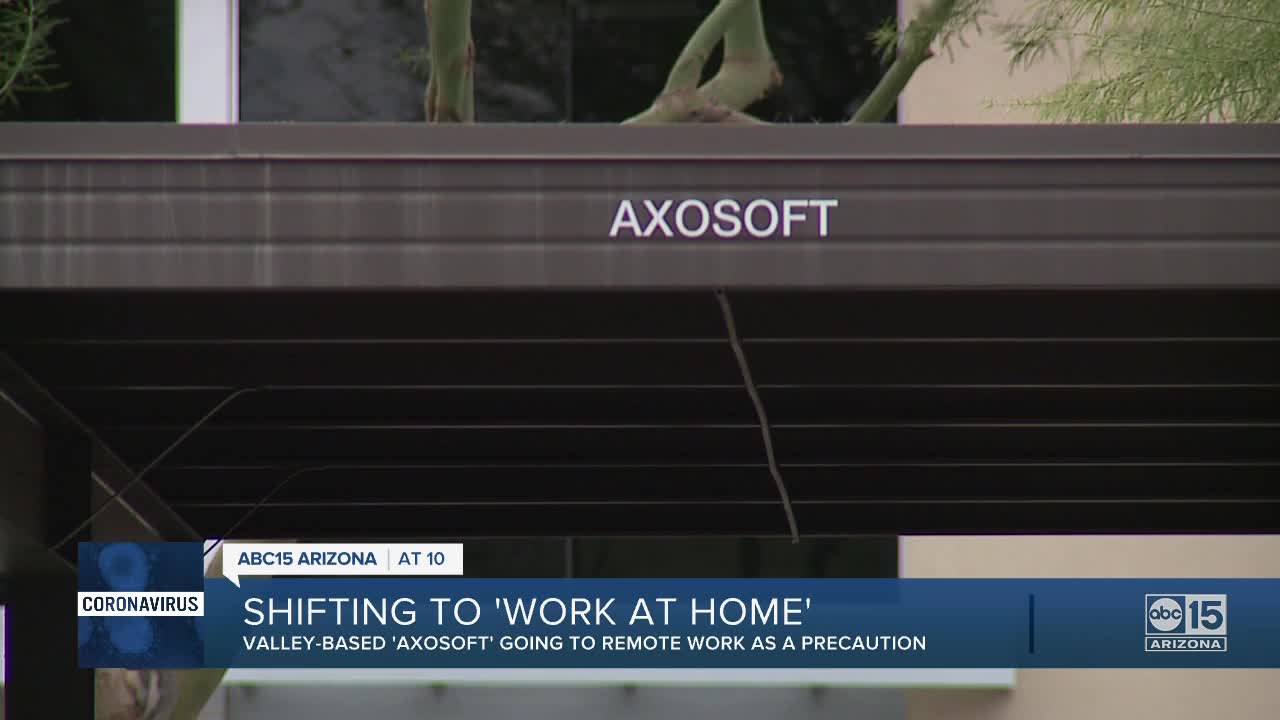 No live audience or spin room as a precaution. 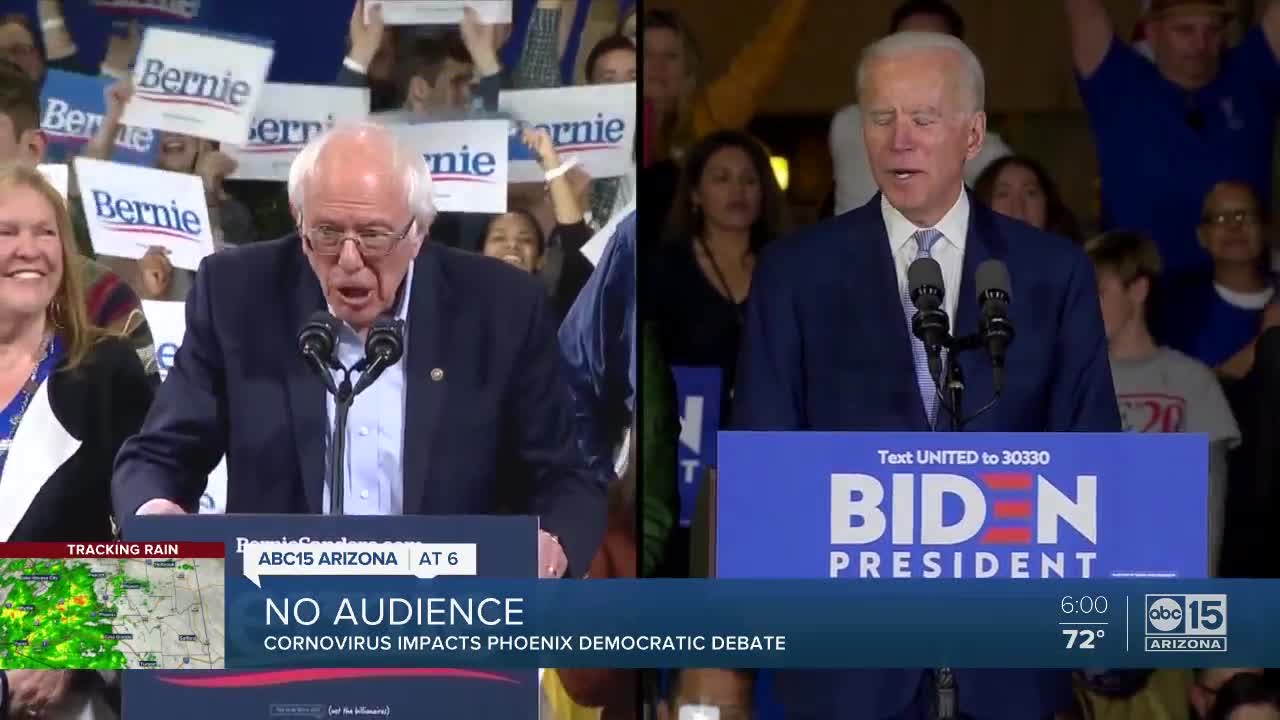 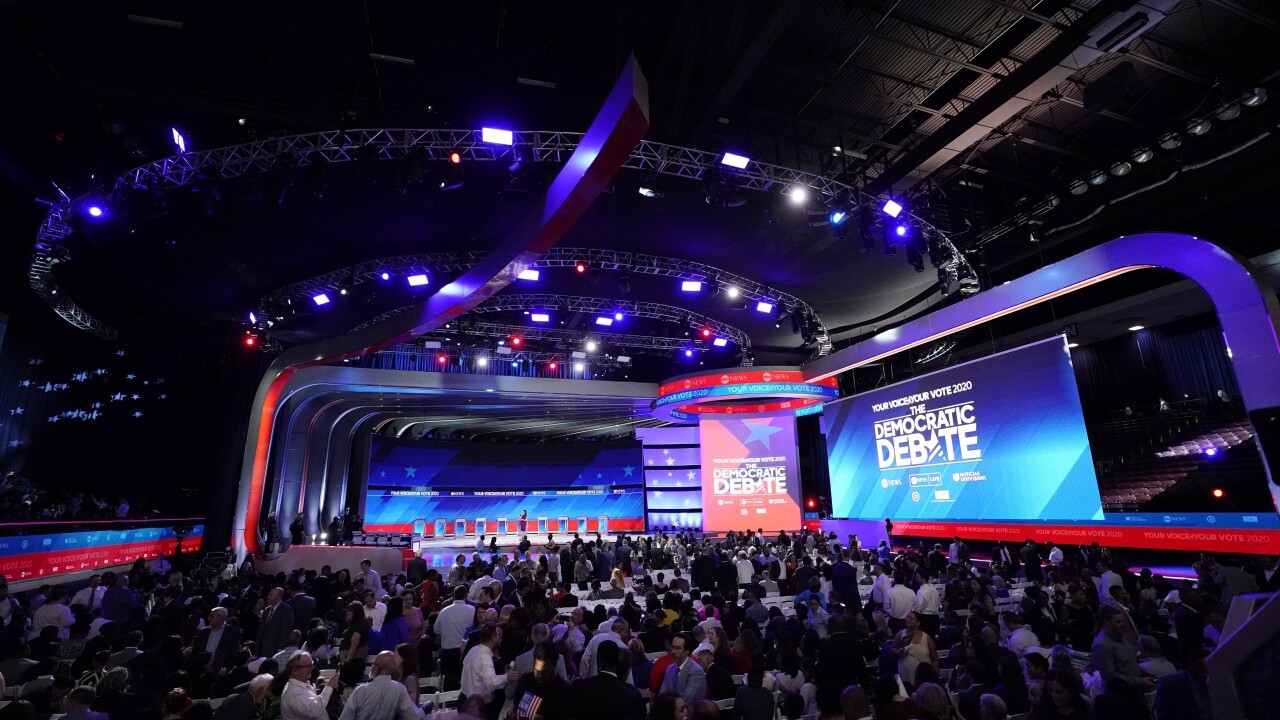 PHOENIX — Phoenix Mayor Kate Gallego confirmed Tuesday afternoon, there will be no live audience for the Democratic debate in Phoenix this Sunday.

In a tweet, Gallego said, "At the request of the Biden and Sanders campaigns, the Democrats have canceled the audience portion of Sunday’s Presidential primary debate in PHX. It is our understanding that the debate itself will still be taking place."

At the request of the Biden and Sanders campaigns @TheDemocrats have canceled the audience portion of Sunday’s Presidential primary debate in PHX. It is our understanding that the debate itself will still be taking place. pic.twitter.com/StjDNgmxwQ

According to DNC Communications Diretor Xochitl Hinojosa, the DNC has been in regular contact with local health officials and the Mayor's office, which advised they proceed as planned. Nevertheless, the number one priority is the safety of staff, campaigns, Arizonans and all those involved in the debate.

The remaining candidates vying for the Democratic presidential nomination will make their way to the Valley on March 15 for the 11th Democratic debate -- which happens to fall two days before Arizona Democrats will cast their ballots in the state's Presidential Preference Election, or primary.

(The Arizona Republican Party decided last year not to hold its PPE in Arizona as President Donald Trump will be the presumptive nominee.)

A spokesperson for Live Nation Phoenix confirmed the debate would be held at Arizona Federal Theatre (formerly known as Comerica Theatre), which is one of their venues.

The debate is being hosted by CNN and Univision and will be broadcast on CNN, Univision, CNN en Espanol, and CNN International.