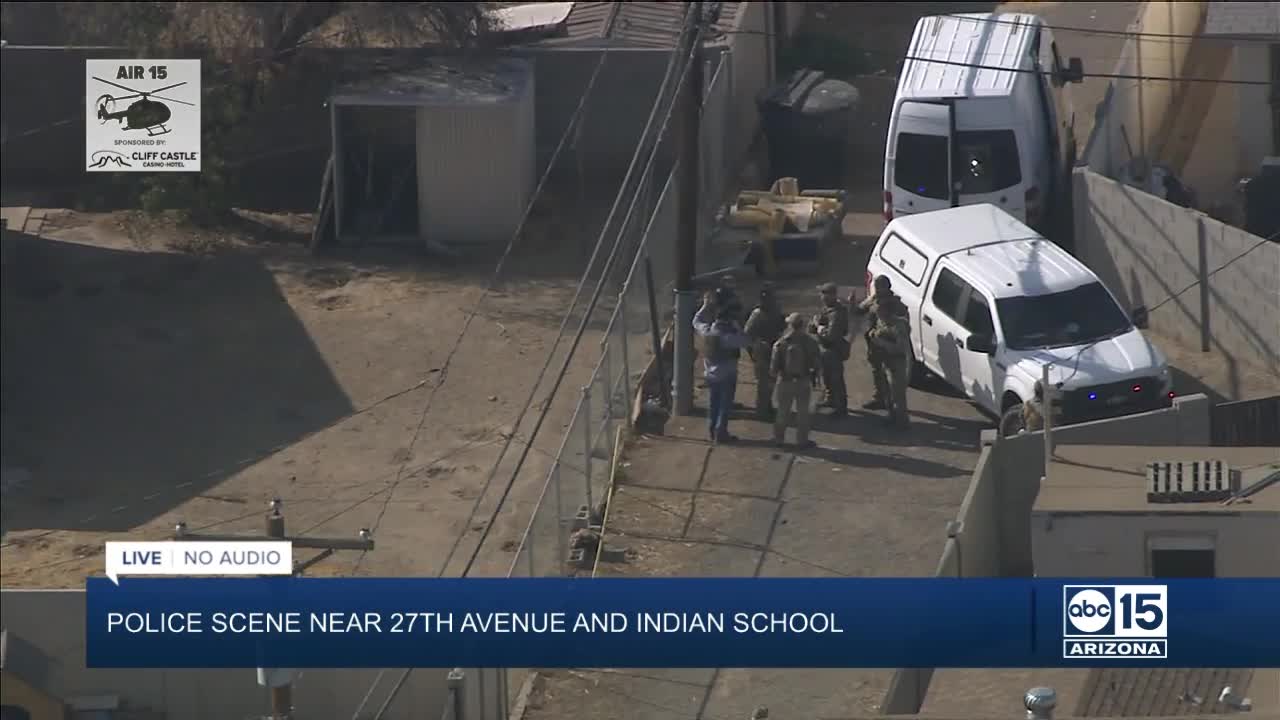 Dozens of people were detained outside of a Phoenix home and put in vans and buses Wednesday morning. 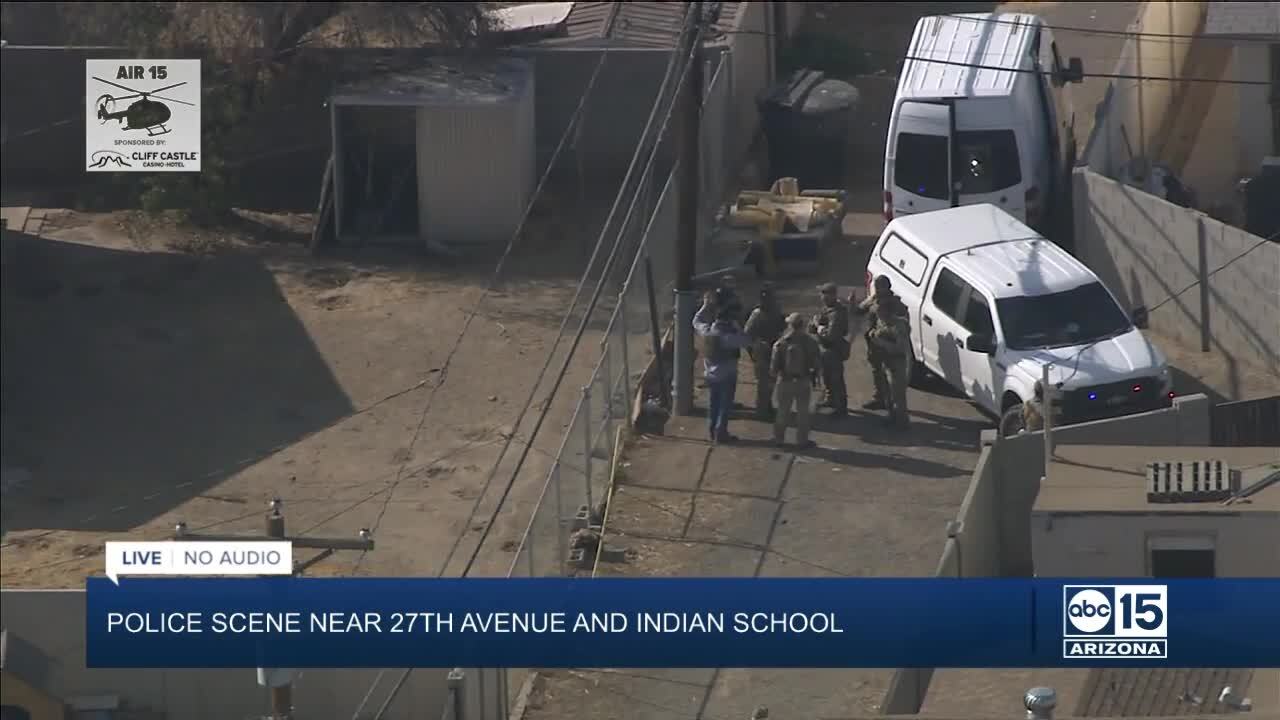 Video from the scene near 27th Avenue and Indian School Road showed a large group of people in a neighborhood alley with several law enforcement vehicles surrounding them.

Aerial footage showed groups of individuals being loaded into vans and buses.

U.S. Customs and Border Protection officials say about 50 people suspected of being undocumented immigrants were taken into custody during the serving of two search warrants.