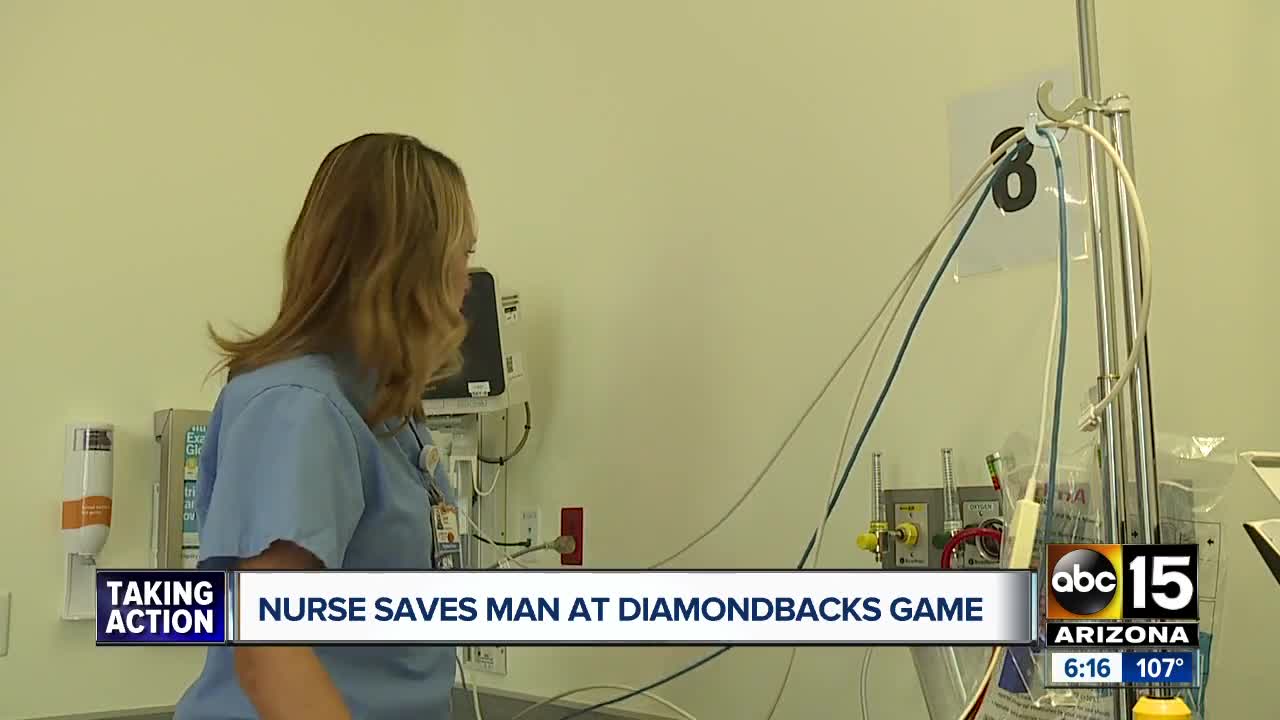 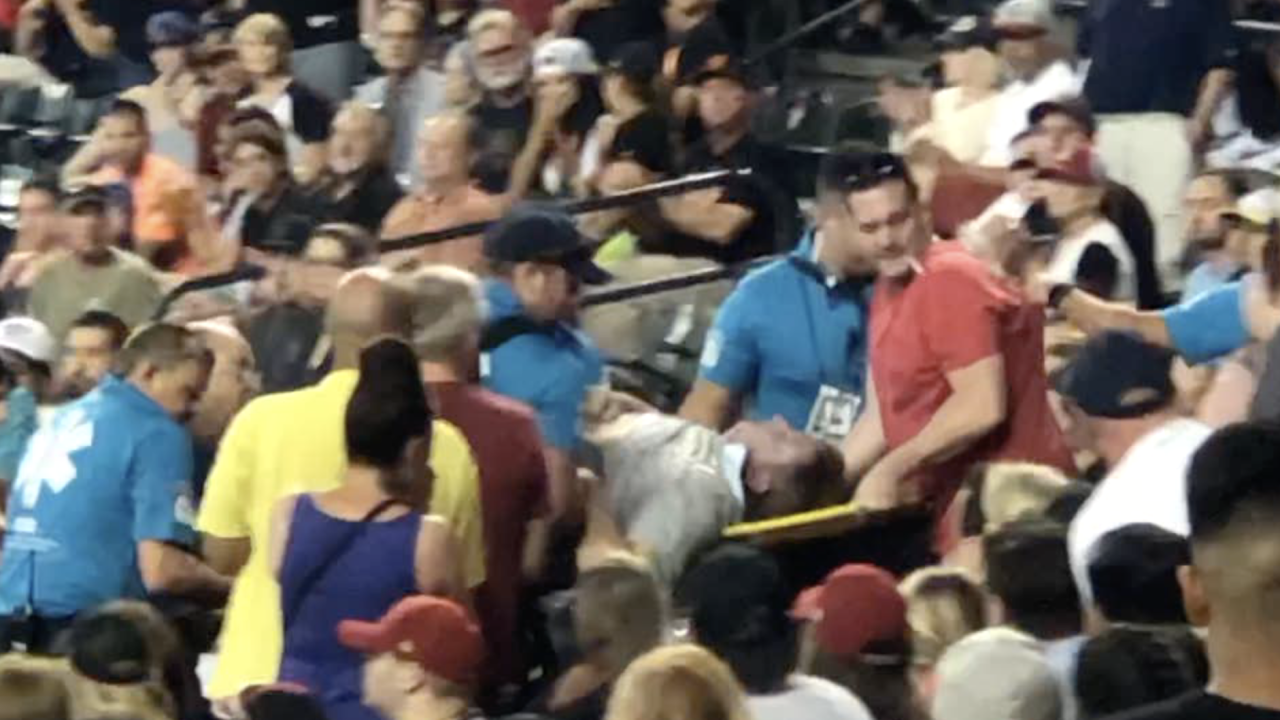 PHOENIX — Danielle Campos says she’s a Diamondbacks fan who goes to several games every baseball season. This past Saturday, she attended the game with her boyfriend and sat behind home plate.

“I was just watching the game and I noticed that the gentleman was slumped over his chair and his friend was trying to wake him and he wasn't waking up,” says Campos.

Campos has been a nurse for over a decade, most recently working at the University of Arizona Cancer Center with Dignity Health at St. Joseph’s Hospital.

She believes she was at the right place at the right time Saturday night when it became apparent that a fan needed CPR.

It was during the second inning that the game for the skilled nurse took a sudden turn. She believes she was “lucky” to be able to help him at that specific time.

"The two things that you have to concentrate on with CPR is getting to it as soon as possible and then pushing fast and deep enough so that his compressions are effective,” she adds.

Campos says she didn’t get the man’s name or a way to get a hold of him to check up on his condition. She’s hopeful that maybe through this story the man will reach out and let her know how he is doing.

"I would just want him to know that I would have done it for anybody. It's unfortunate that it happened to him, but I was very lucky to be able to help him at that time,” says Campos.