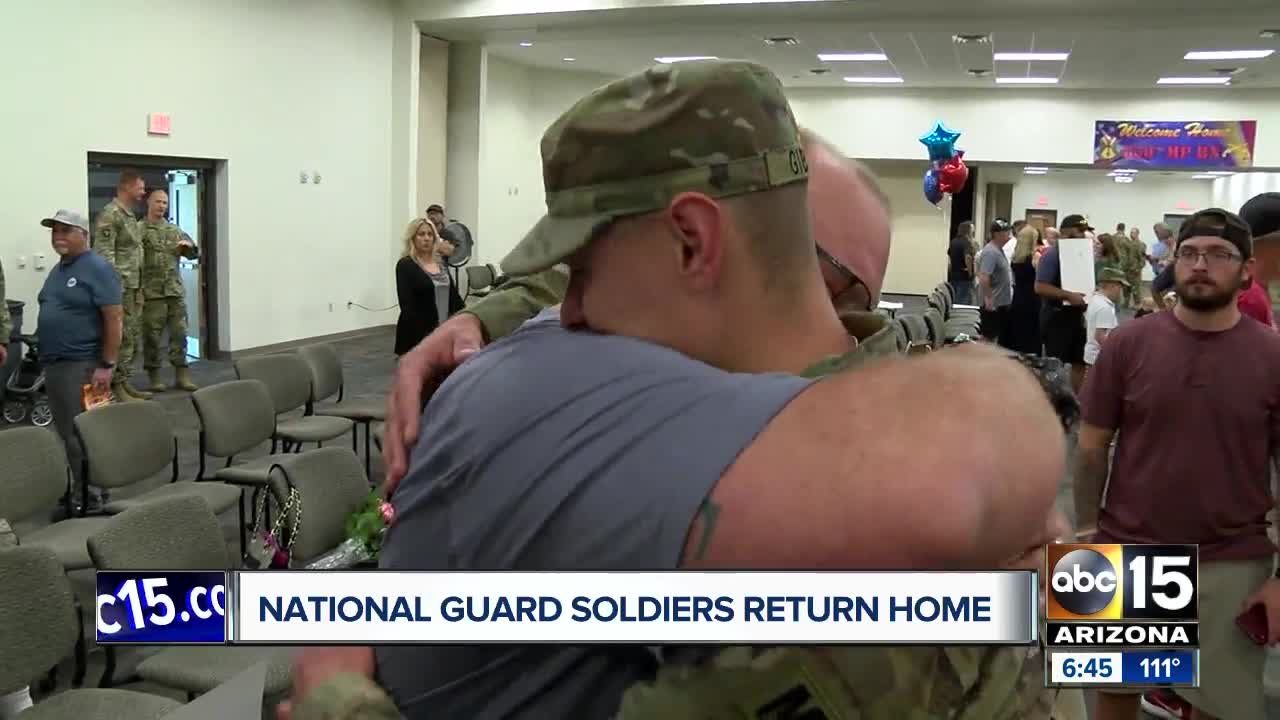 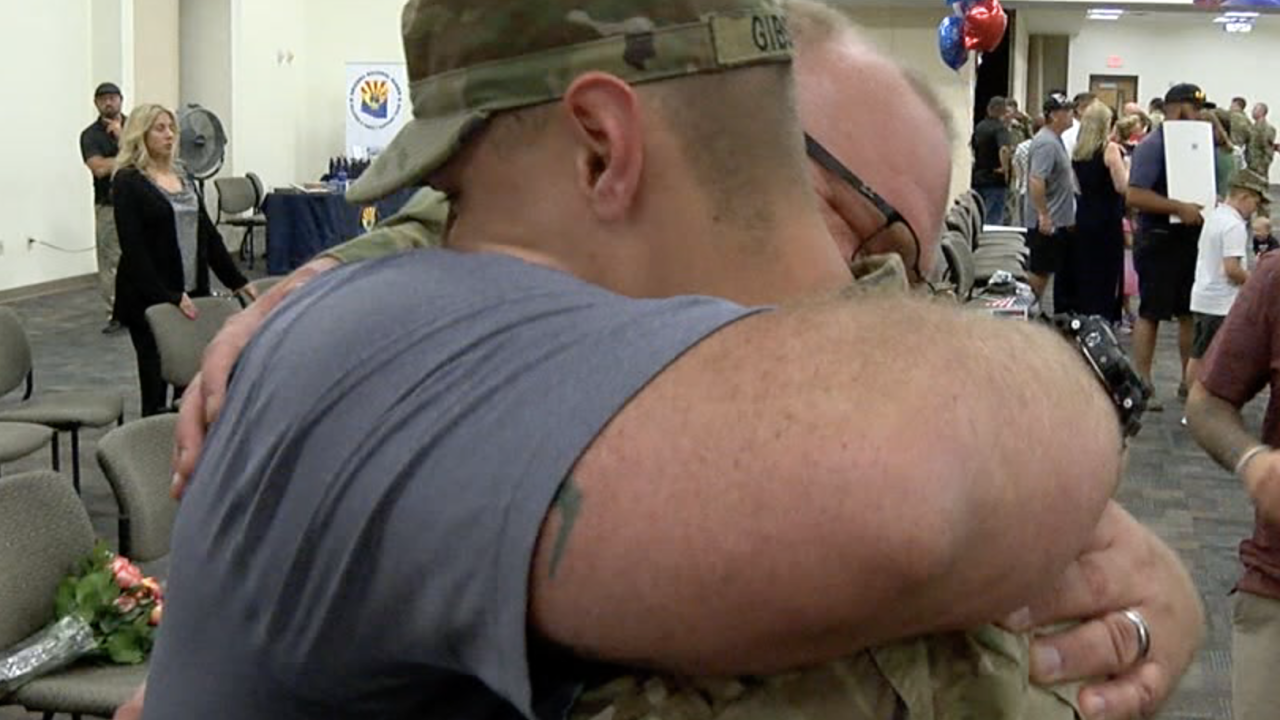 PHOENIX — More than two dozen families reunited Wednesday as Citizen-Soldiers from the Arizona National Guard returned from a deployment overseas.

The 856th Military Police Company, Detachment 2, left Arizona nearly a year ago for a mission in Afghanistan.

"It's really hard being away from your family, your friends, stuff like that," said Specialist Jared Gibson. "It makes you value what you have here in the United States a lot more.

Flags and signs greeted the soldiers as they returned to their families.

"Happy to have him home," said Gibson's father, Shane Gibson.

Several soldiers told ABC15 they were excited to see their loved ones for the first time since last year.

"It was a little weird being away from them, because I haven't been away for that long," said Sgt. Jonathan Rodrigue.