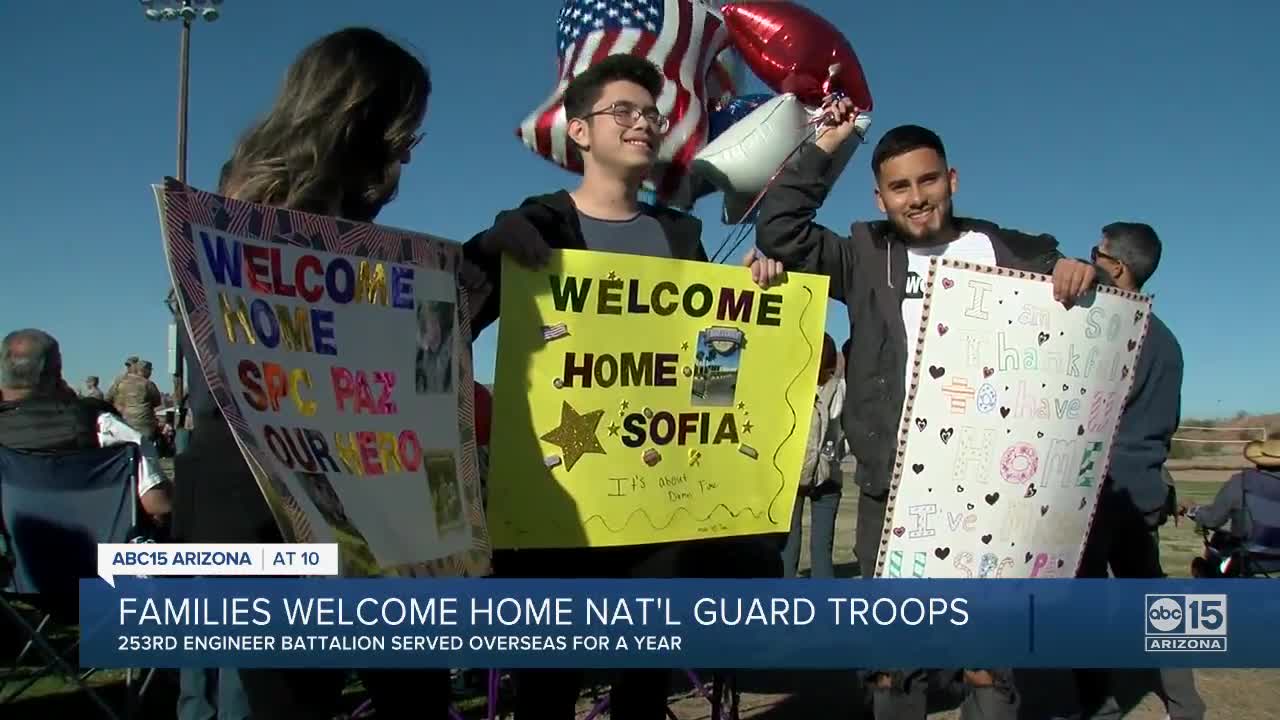 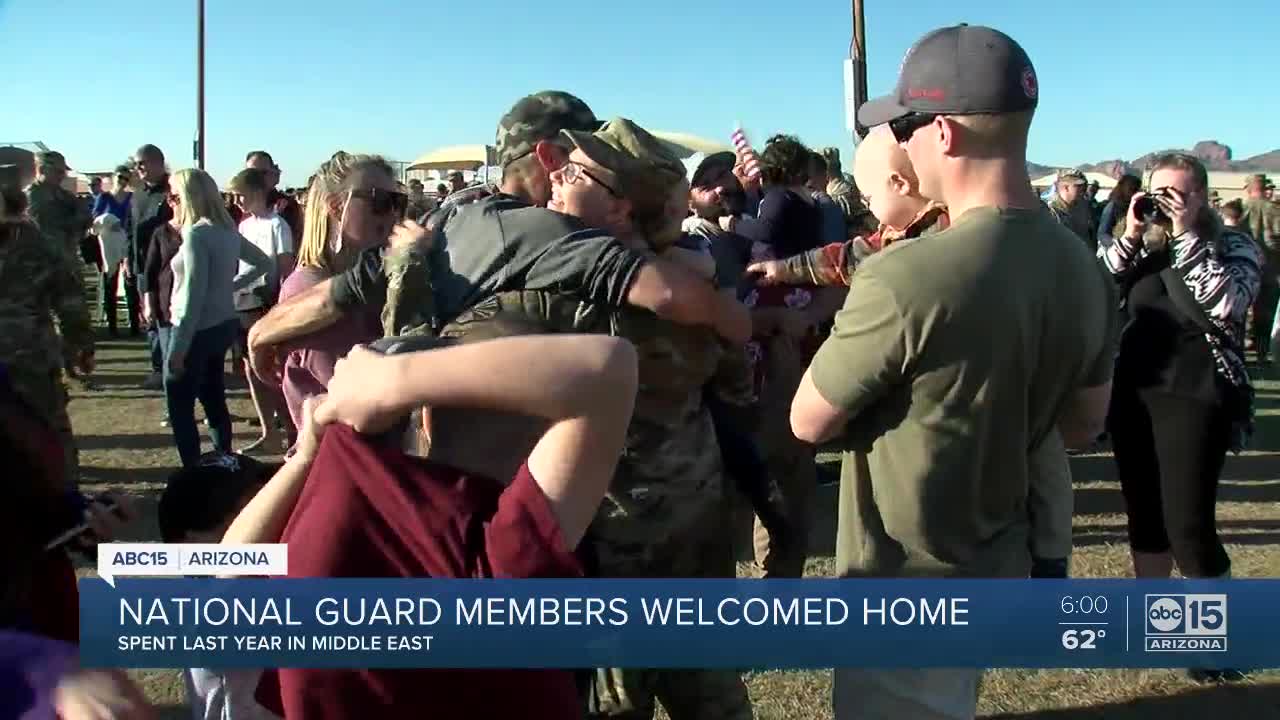 PHOENIX — It was an emotional, but celebratory afternoon in Phoenix as family and friends welcomed home more than 150 National Guard service members.

Members of the 253rd Engineer Battalion just completed a year-long mobilization in the Middle East.

The Paz Family has been waiting for Sofia Paz, who had been in the Middle East with the battalion on a nine-month deployment.

"The holidays were hard," said Eloiza Paz, Sofia's older sister. "As siblings, we felt her not there."

"It's pretty crazy. I've been dreaming about this for 9 months since we left," said Sofia Paz. "It's tough at times. it's very tough, but it's times like this that make it all worth it."

One of the soldiers who returned home is Cassidy Presmyk.

Presmyk is a mom and left when her youngest son, Logan, was less than one-year-old.

"I left him when he was eight months old and he's now over a year so it's incredible," said Cassidy Presmyk. "It's a really good feeling knowing that I'm doing something that is going to protect my kids in the future and provide a good future for them."