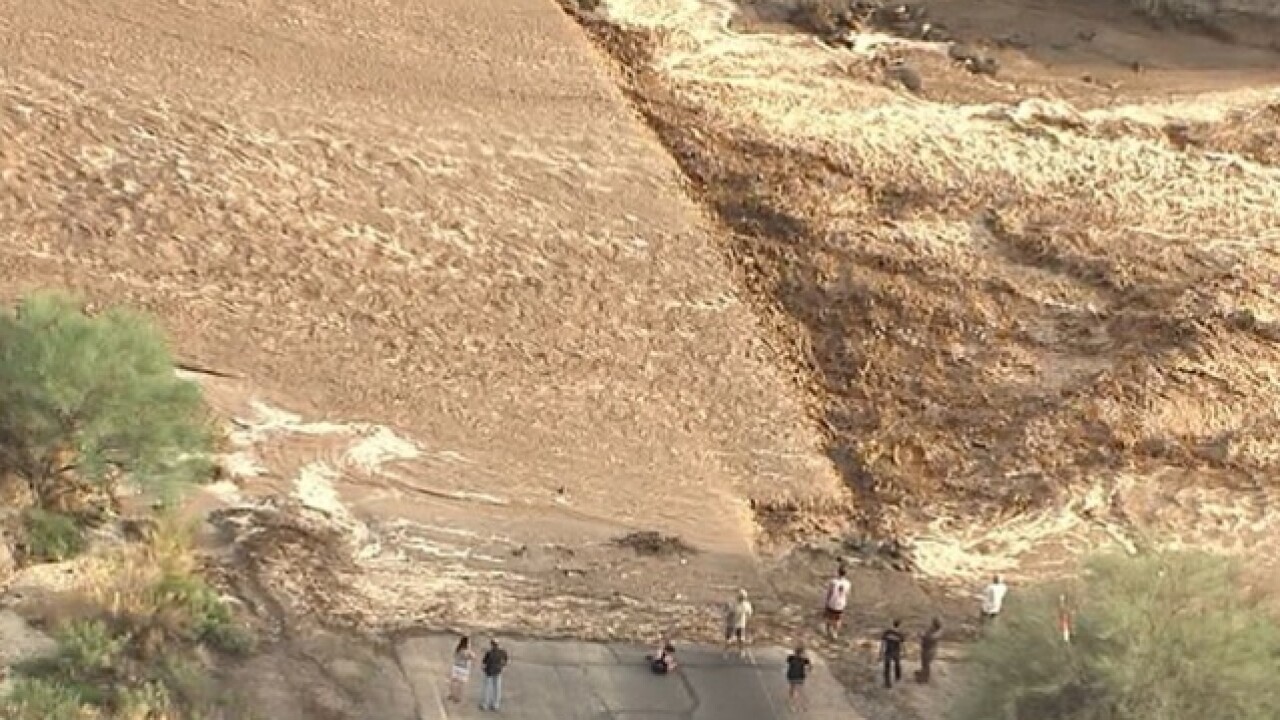 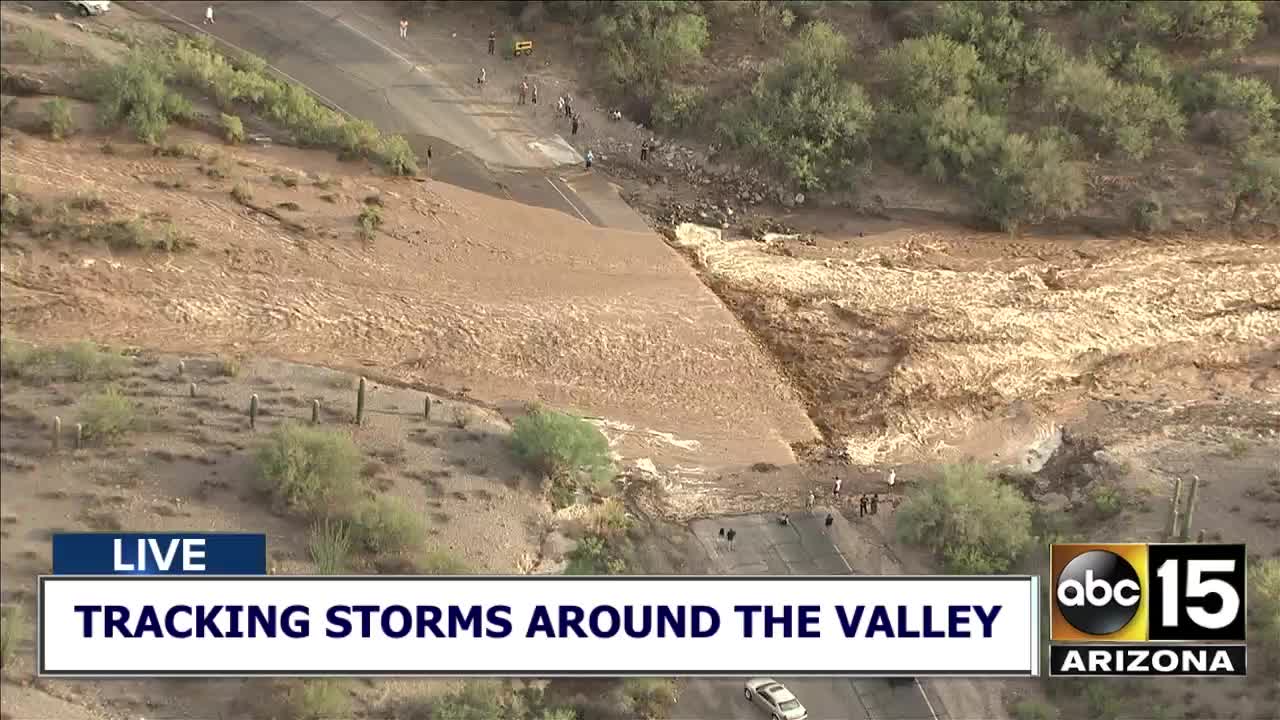 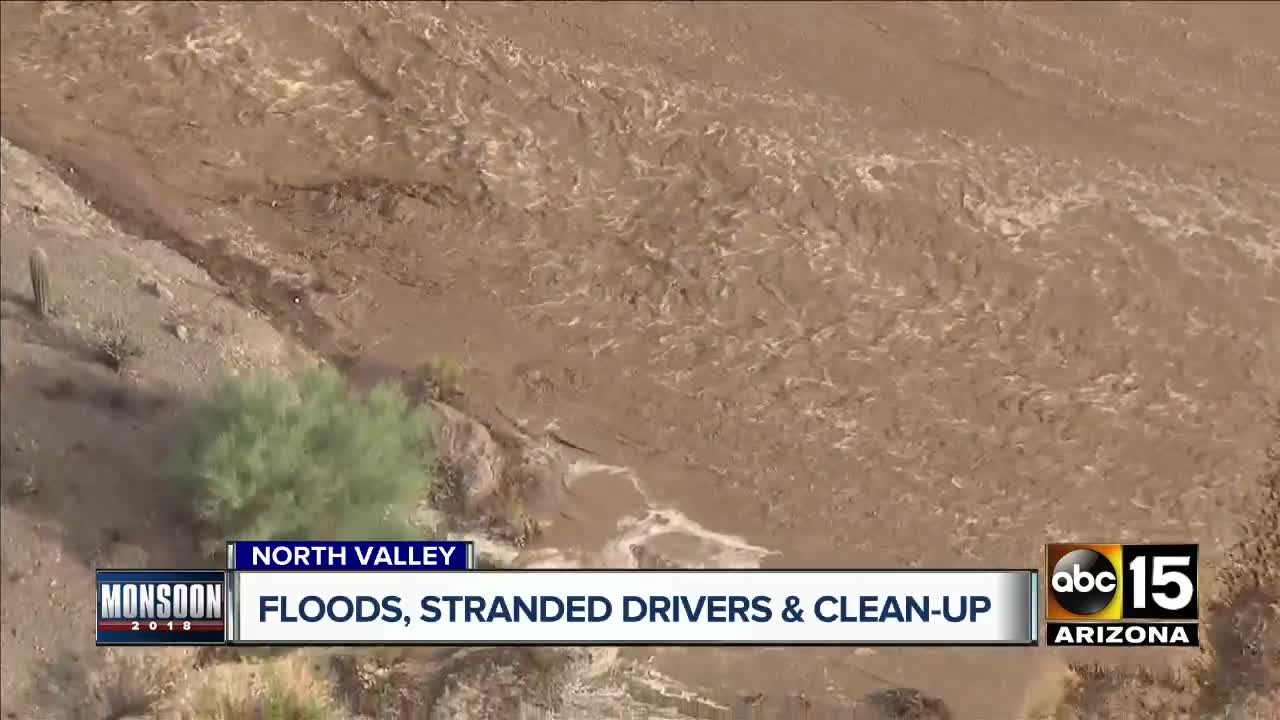 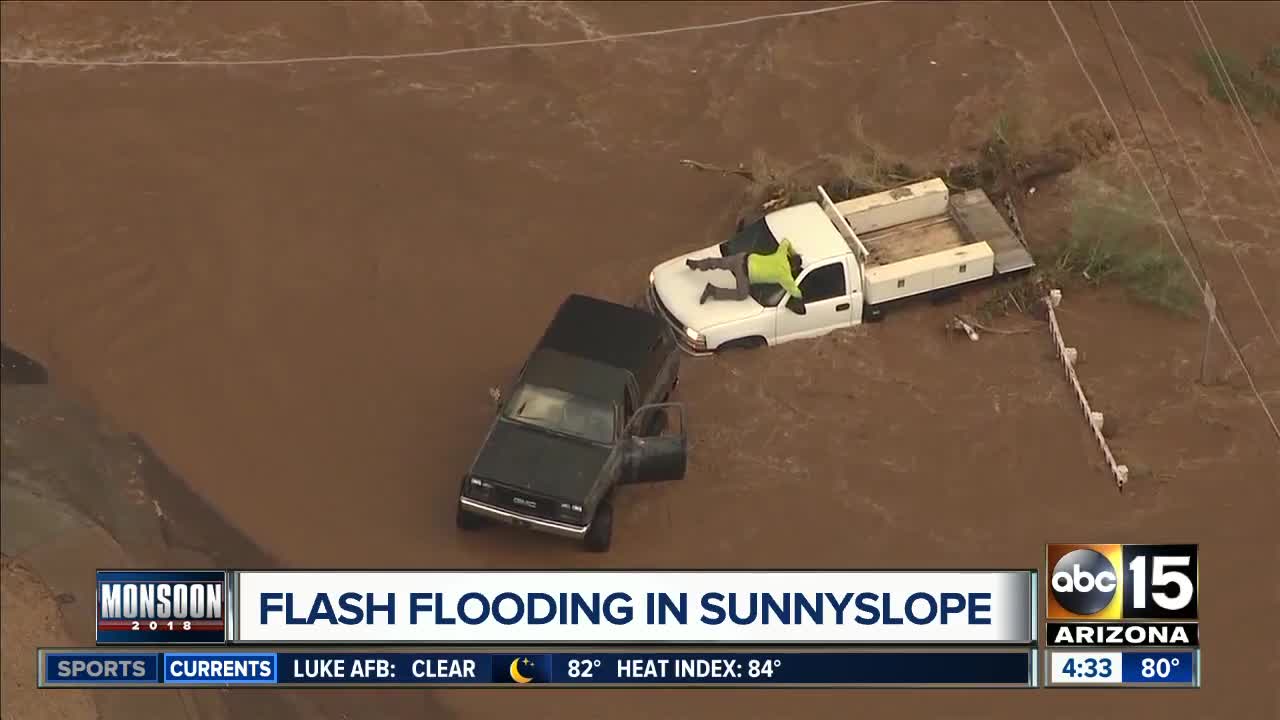 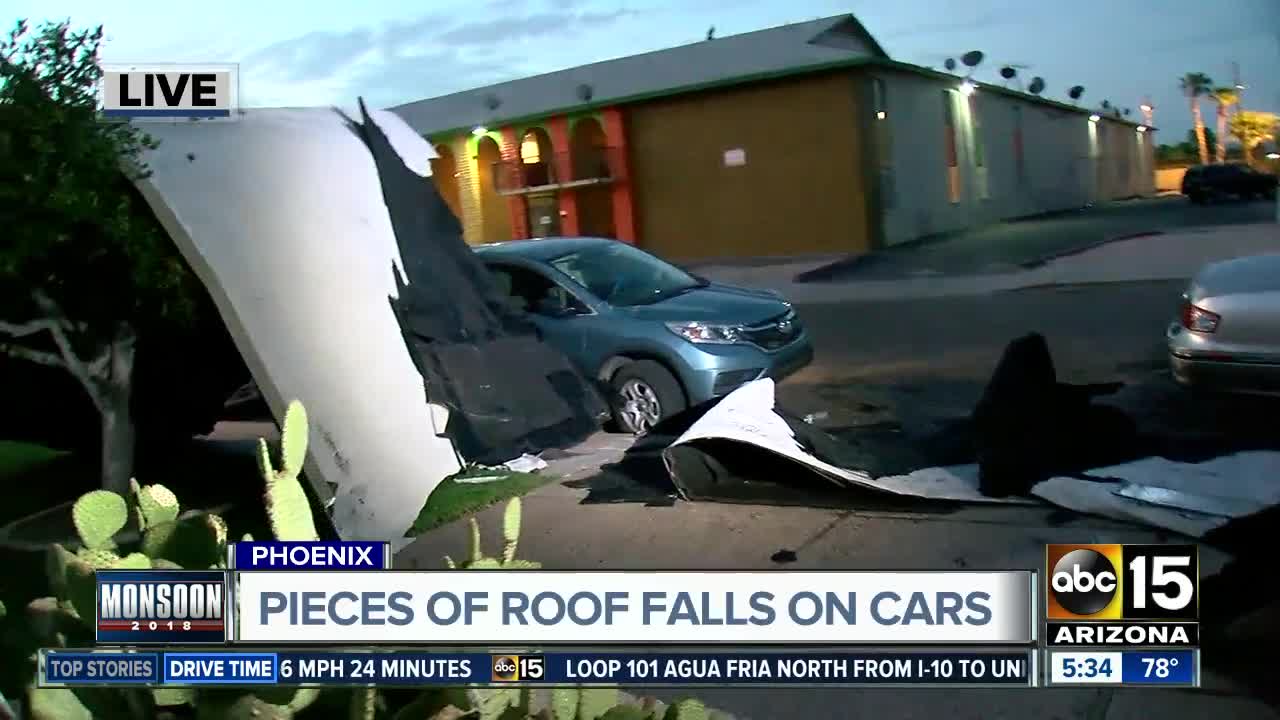 A monsoon storm has dumped heavy rain and some hail over huge swaths of the Valley, even causing flash flooding in some areas.

The storm has also left thousands without power around the Valley.

As of 5 a.m. Friday, according to SRP's outage map, fewer than 200 customers were still without power.

Thousands of APS customers without power around the Valley Thursday night had power restored. However, around 700 APS customers remained in the dark as of 5 a.m. Friday, according to the APS outage map.

Cave Creek and Carefree received more than an inch of rain in an hour late Thursday afternoon and that caused some washes to flood. Watch Air15 video over the flooded washes in the player above.

Motorists were being encouraged to stay off the roads until the storm passed.

Arizona has had one of its wettest monsoon seasons in years thus far.

The state's monsoon season runs from mid-June to the end of September.