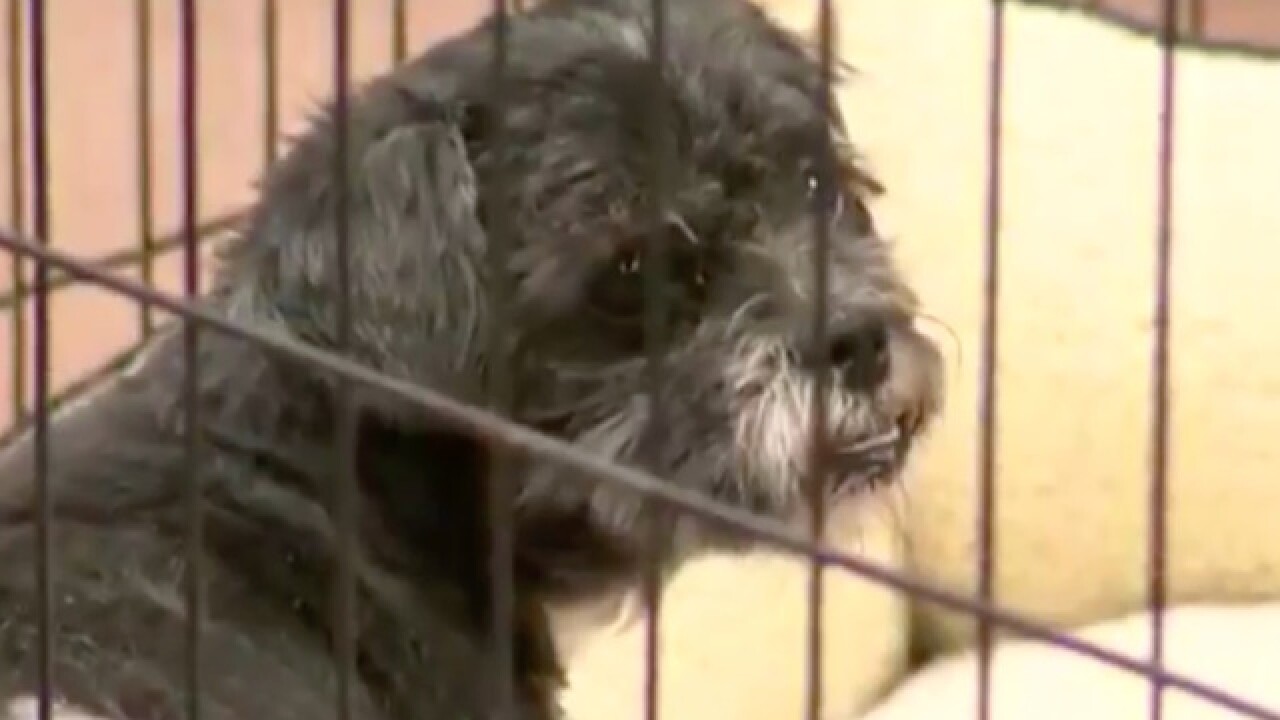 Copyright 2017 Scripps Media, Inc. All rights reserved. This material may not be published, broadcast, rewritten, or redistributed.
ABC15
<p>Chance will go to a foster home after being treated for several issues. </p>

Police are investigating a serious case of animal neglect involving a dog who was surrendered to county officials.

According to Maricopa County Animal Care and Control officials, the 2-year-old Lhasa Apso dog was brought to the shelter on Oct. 27.

The dog was in such poor shape that staff couldn't determine the dog's breed or sex, but they could tell he needed medical care.

A veterinarian reportedly "mercy groomed" the dog -- necessary grooming before actual medical attention is provided -- and noticed maggots around an injured leg.

The veterinarian was shocked when the dog's back leg physically fell off the dog's body when more fur was removed from the area.

"Our veterinarian did say that she had never experienced anything like this before," Santiago said.

MCACC says it appears the dog's leg had been rotting off from an injury the dog's owner may not have even known existed due to the lack of grooming.

ABC15 spoke to the family who surrendered the dog and explained that they found the dog in poor condition. The woman, who only wanted to be identified as Ophelia, says the dog wandered into her backyard earlier this month.

Ophelia said she tried to care for the dog for nearly two weeks before she decided to surrender him to the county.

Phoenix police are now involved with the case and will determine if charges will be filed.

"Abuse comes in all shapes and all forms. When you're talking about the fact this long-haired breed dog that appeared to have never seen any type of grooming...that is a form of neglect that leads to a form of abuse," Santiago said.

The dog is now in foster care recovering from a proper leg amputation. He is getting used to love and attention — something he may have never had.

The dog, now named Chance, will hopefully be ready for adoption soon. MCACC says anyone interested in adopting Chance should monitor their social media pages for updates.