VIDEO: Crime 'will not be tolerated' amid demonstrations in downtown Phoenix, police chief says 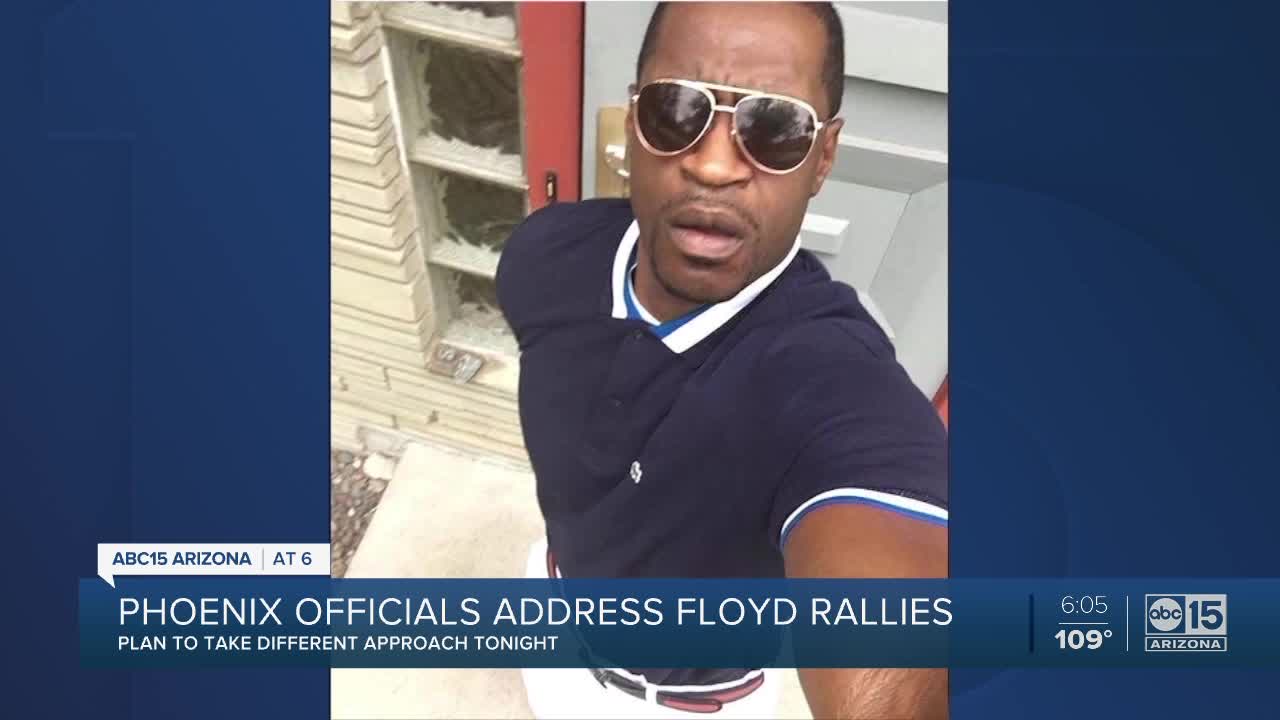 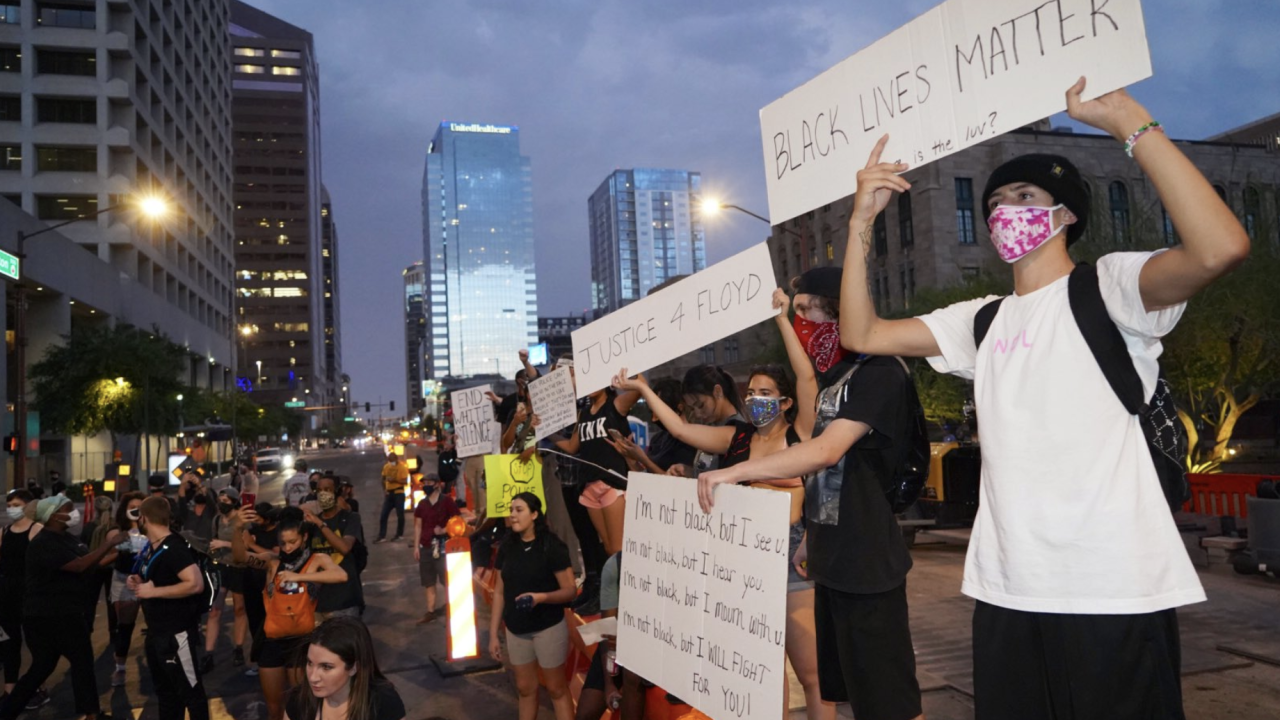 Demonstrators gathered in downtown Phoenix for a third night and officials say the National Guard was on standby to help with efforts.

Watch video from the rally earlier Saturday night in the player below. *** This video contains strong language. Viewer discretion is advised***

Crowds gathered for a vigil after the deaths of Dion Johnson, a man shot and killed by DPS earlier this week, and George Floyd, a man that also died this week in police custody in Minneapolis. The vigil led to a march toward downtown Phoenix, and the peaceful demonstration eventually turned violent, causing further damage around the downtown area.

Watch the full press conference in the video below:

“One of the most cherished rights we have is a freedom of speech and the right to express ourselves. We want to allow the community to do so peacefully,” Chief Williams said Saturday. “Unfortunately, last night, after a second night of demonstrations, the actions of a small group of people are destroying that peace.”

She continued on, saying, “Last night we had criminal damage…The cost of these repairs will likely be in the hundreds of thousands of dollars, members of the media who are trying to document history, and bring the message of the demonstrators to our community are being attacked. We had one reporter assaulted during the demonstration last night, and this is absolutely, simply unacceptable.”

Mayor Gallego addressed the violence as well, saying, “We cannot let a small group propensity for violence and chaos direct our attention away from the very real conversation that needs to be had about race and policing in America.”

Mayor Gallego also shared a reminder that we are in the middle of a pandemic, and to exercise caution and be safe around others.

Last night’s demonstration in downtown Phoenix got hectic very quickly. We did get caught in the tear gas and pepper spray that was used to disperse the crowd. I’m just glad all of our crews are doing okay this morning. pic.twitter.com/EZs5SHWaix

Chief Williams addressed the first round of protesters during a press conference Friday.

In addition, sources tell ABC15, the National Guard has been authorized for use if needed.

"To be clear, the level of criminal behavior we saw last night will not be tolerated today," Chief Williams said.