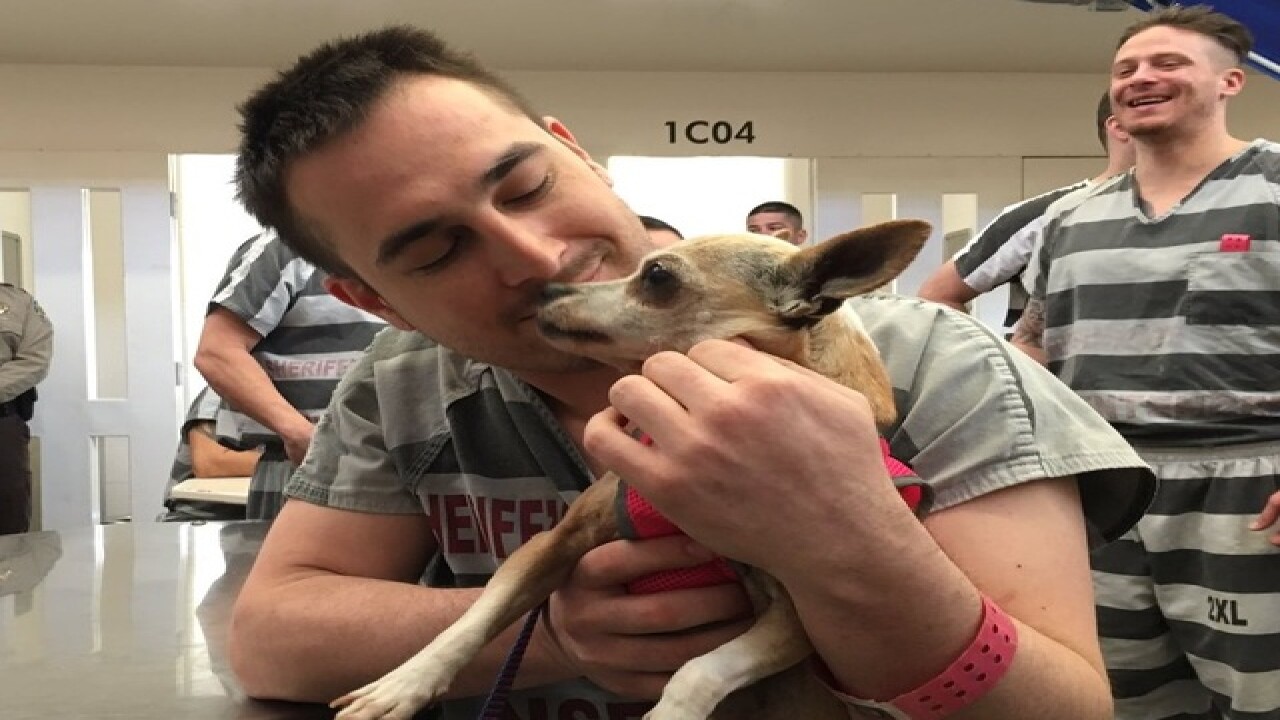 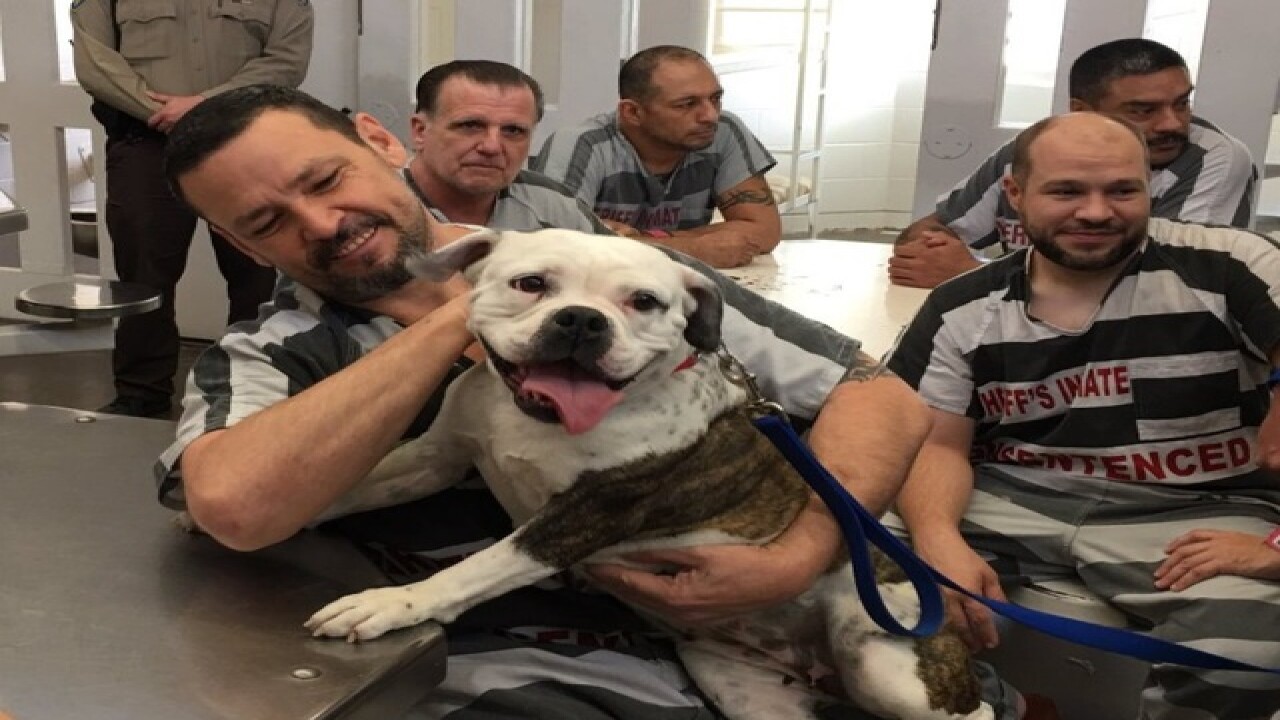 Some dogs at Maricopa County Sheriff's Office MASH Unit will soon be lending a paw to veteran inmates in need.

Each Wednesday, dogs of all different breeds will be taken to the veterans pod at Towers Jail in the Durango Complex to spend time with those who have served on the battlefield and are now serving time behind bars.

Sheriff Joe Arpaio says "we owe the veteran a special debt of gratitude, even after their issues with the law."

MCSO says studies show animal companionship can help inmates, especially former veterans, with stress. Additionally, the animals at MASH get a little extra -- and much needed -- human affection through the new program.

The dogs at MASH have all been abused or neglected in former homes or have been seized from prior owners who have been involved in crime. They're now taken care of by female inmates at the First Avenue Jail.

Great to see my dogs from MASH interact with the Veteran inmates in my jail today. pic.twitter.com/2BXUKNJIGF

MCSO hopes to soon expand the dog visitation program to other inmates.