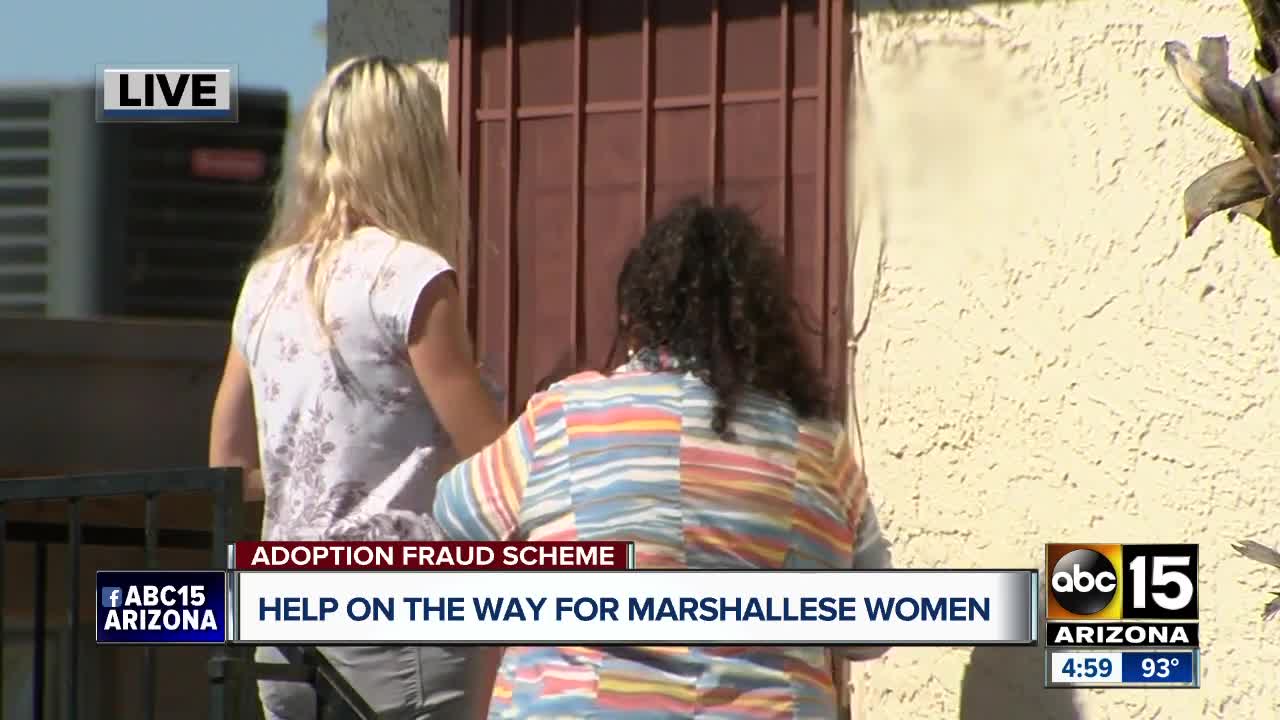 Help is reportedly on the way for Marsallese women, from multiple agencies after ABC15 exposed the living conditions at an east Valley home. 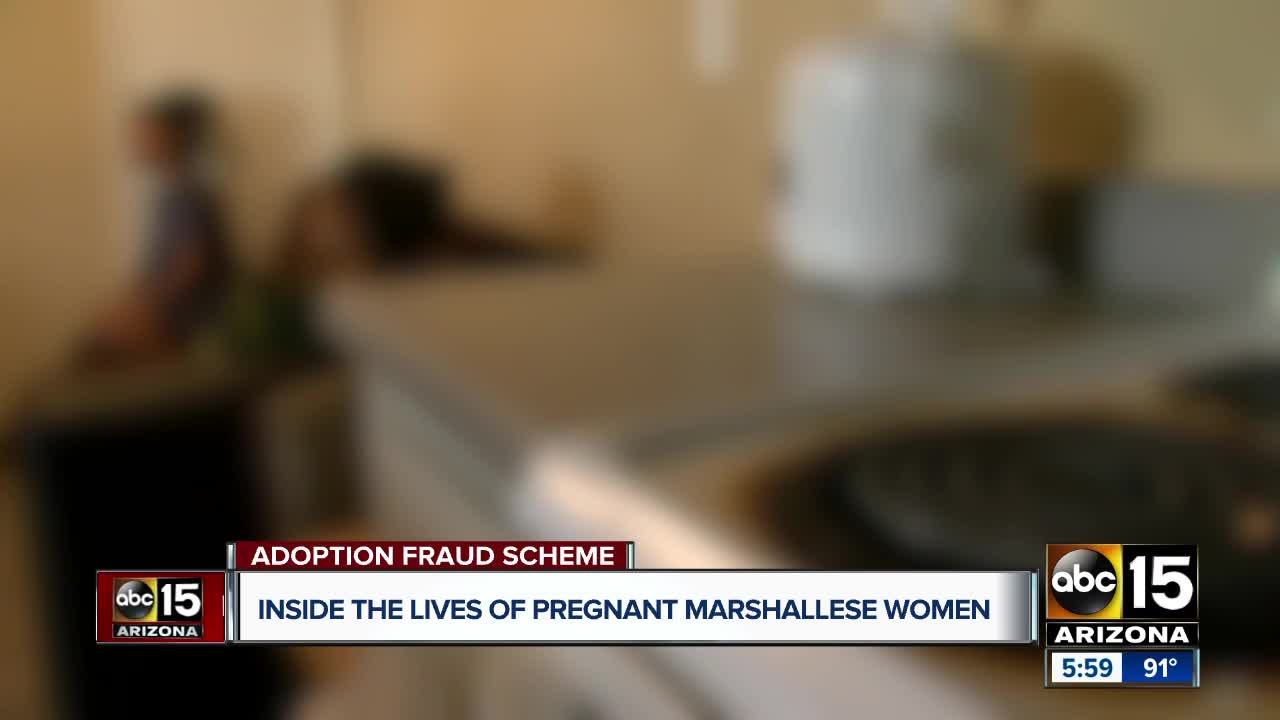 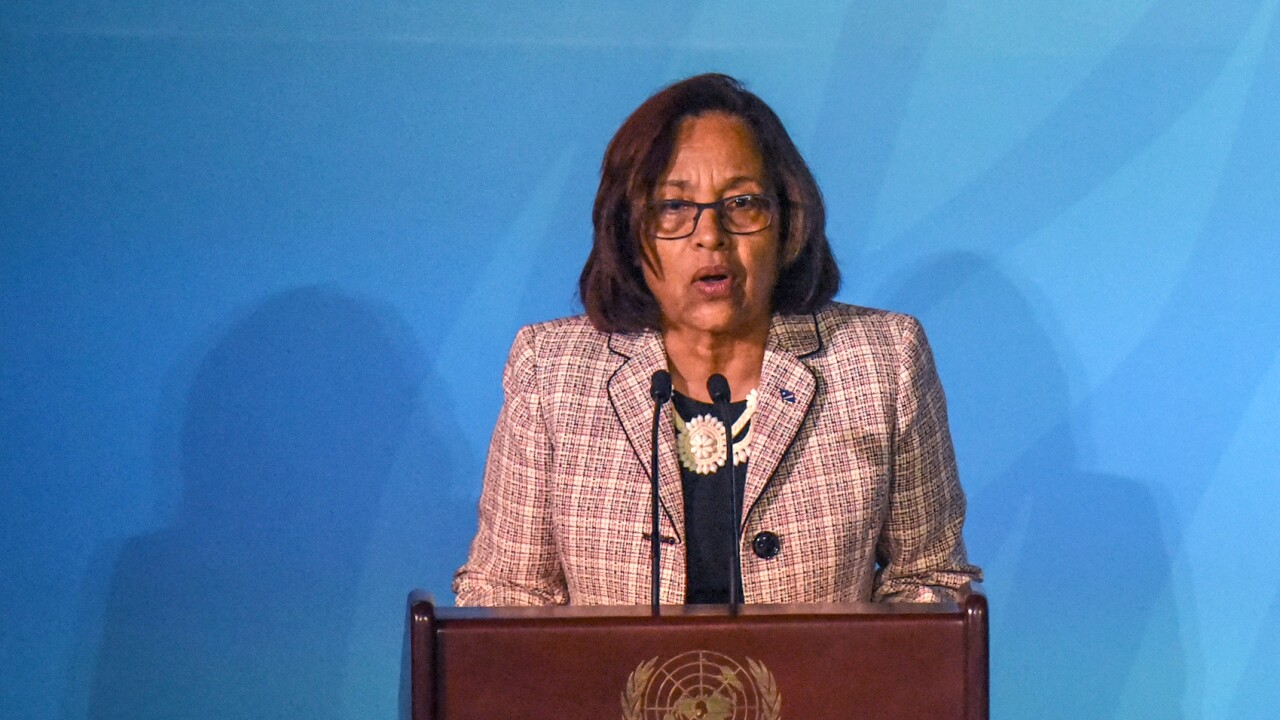 PHOENIX — The president of the Republic of the Marshall Islands on Thursday applauded U.S. authorities for arresting an Arizona elected official accused of running an illegal adoption scheme involving pregnant Marshallese women.

President Hilda Heine spoke out a week after Maricopa County Assessor Paul Petersen was arrested on charges in three states that include human smuggling, sale of a child and fraud.

"Marshallese women have been induced by people like Petersen and his ilk for too long," Heine said in a statement released by the Marshallese government.

Prosecutors say Petersen and his associates recruited Marshallese women who were paid up to $10,000 to come to the United States, where they were crammed into houses to wait to give birth and provide their babies for adoption.

Petersen's lawyer has denied wrongdoing on the part of his client.

Investigators from the U.S. Department of Justice and the Utah attorney general's office visited the Marshall Islands this week as part of the investigation, and authorities on the islands helped with the inquiry. Heine said she believes other illegal adoption rings are operating.

Petersen faces federal charges in Arkansas and state charges in Arizona and Utah. Authorities in Salt Lake City say there are nearly 30 pending adoptions in the three states that were being handled by Petersen's Arizona-based law firm.

Petersen attorney Matt Long has said Petersen has deep ties and strong affection for the Marshallese community, and that the adoption work was legal.

He criticized the Marshallese government for creating an environment where people seek any opportunity to flee the islands.

"They're not being induced, they're not being exploited," Long said in response to Heine's statement. "They're looking for any opportunity to flee the country that has abandoned them."

Sources tell ABC15 that Attorney Matt Long no longer represents Petersen, and he is now being represented by Attorney Kurt Altman.

Altman released the following statement Friday in response to a Board of Supervisors meeting where options to remove Petersen from office were discussed.