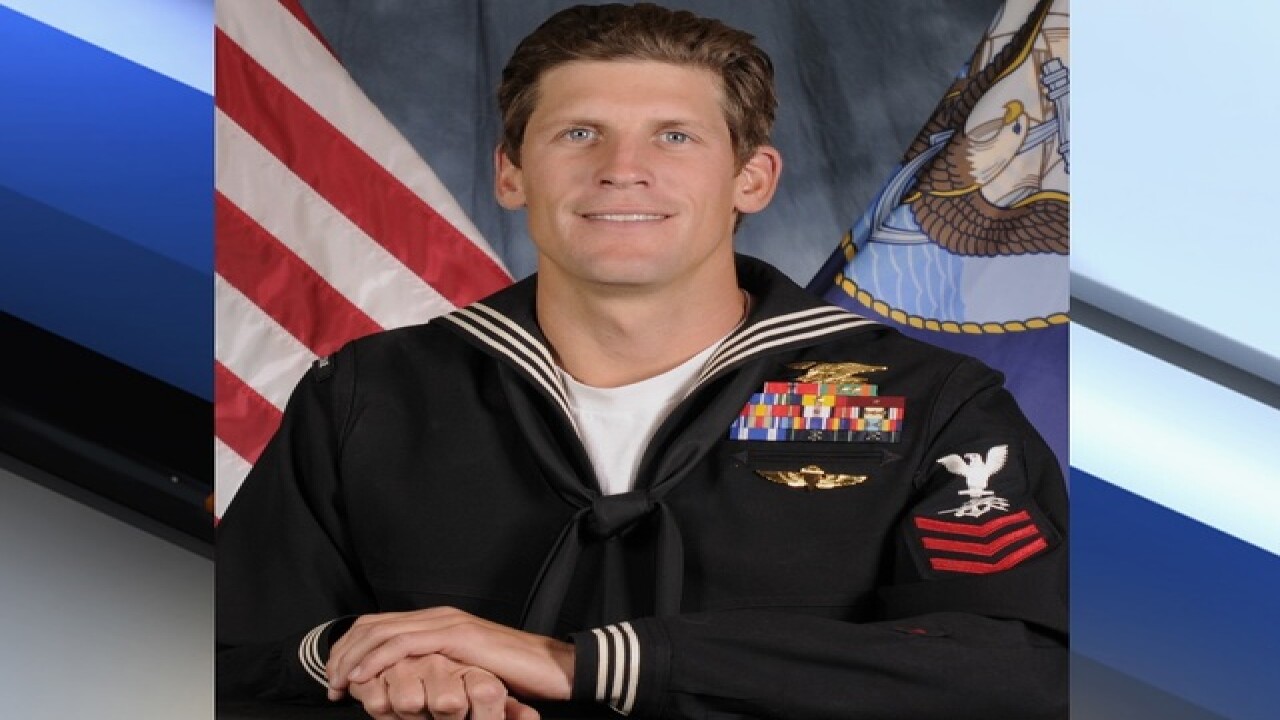 The Maricopa County Board of Supervisors wants the tallest peak in a mountain range south of Phoenix named in honor of a fallen Navy SEAL.

The board on Wednesday asked the county Parks and Recreation Department to help petition state and federal officials to name the Estrella Mountains peak in honor of Charles Keating IV.

"This young man was the best of the best.  He was dedicated, part of an elite, special-operations force.  He set his goals sky high, and then he achieved them," said Supervisor Andy Kunasek.

Keating was killed May 3 during a battle with Islamic State fighters in Iraq.

The 31-year-old grew up in Phoenix and was a cross country star at Arcadia High School.

His grandfather, Charles H. Keating Jr., was an Arizona financier who served prison time for his role in the costliest savings and loan failure of the 1980s.

The grandson was part of a quick-reaction force that on May 3 went to rescue U.S. military advisers caught in a gunbattle with more than 100 Islamic State militants.

Keating was awarded the Silver Star for his actions in Iraq and posthumously promoted to chief petty officer.

His SEAL Team 1 is based at Coronado, California, and thousands of people lined the military town's streets on May 13 as Keating's funeral procession passed en route to a national cemetery in nearby San Diego.