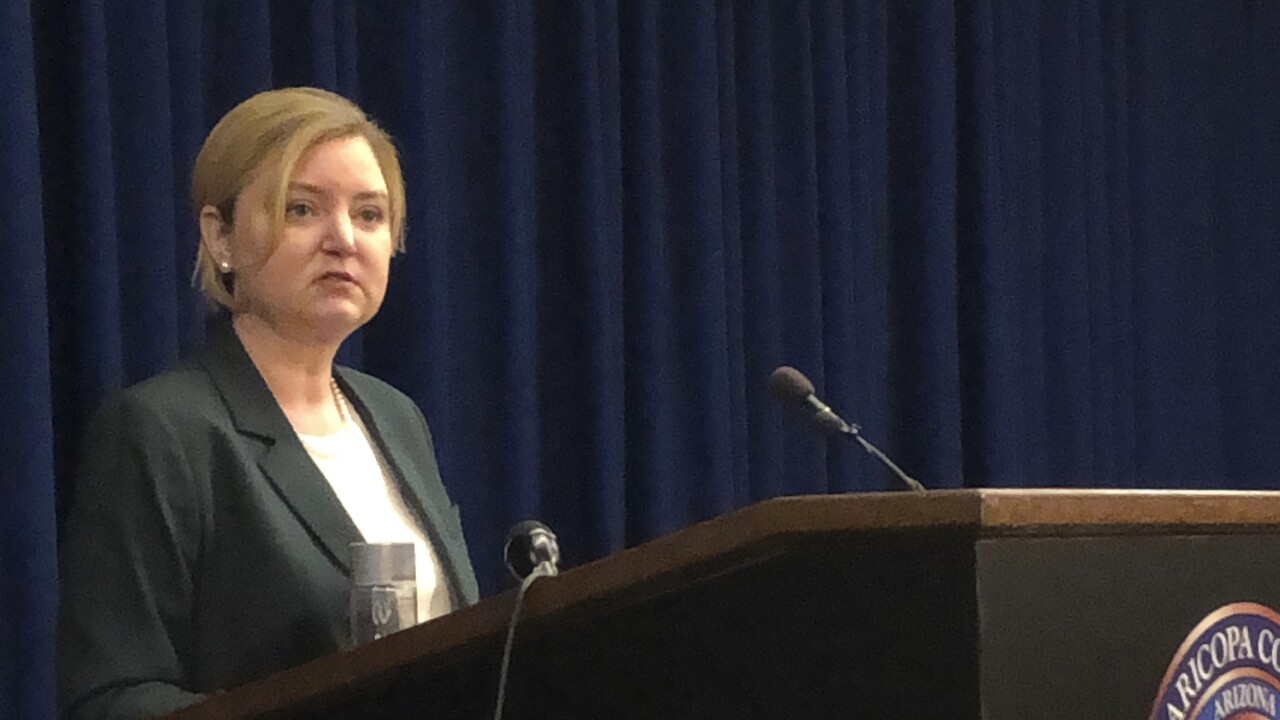 Jacques Billeaud/AP
Maricopa County Attorney Allister Adel speaks at a news conference in Phoenix on Monday, Sept. 21, 2020. The prosecutor announced that no charges would be filed against Trooper George Cervantes in the May 25,2020, fatal shooting of 28-year-old Dion Johnson. The shooting death inspired protests of police violence in Phoenix during June. (AP Photo/Jacques Billeaud)

Maricopa County Attorney Allister Adel is on the mend after surgery for a brain bleed, her family said in a statement Thursday.

Officials from the Barrow Neurological Institute described Adel's brain bleed as occurring between the brain itself and the inner lining of her skull, which caused the brain to experience pressure. Surgeons removed the blood clot, releasing pressure on her brain.

Adel is reportedly responding well to her treatment and is alert and communicating with others, according to health officials.

While Adel recovers, Chief Deputy Ken Vick and Chief of Staff Candice Copple are said to be overseeing work at the Maricopa County Attorney's Office.

Adel fell at home and hit her head and her condition worsened on Election Night, November 3. She was then taken to a hospital and health officials performed an emergency surgery to address the bleeding in her brain.

On November 9, Adel declared victory in the race for Maricopa County Attorney, making her the first woman elected to the position in history.

See the full statement from Adel and her family below.

"We are grateful for the outpouring of support during this time and the privacy that has been afforded to our family. We appreciate the community’s continued patience as Allister recovers from surgery and want to thank the physicians and staff at the Barrow Neurological Institute for the world-class care they are providing at this time. We wish everyone a safe and enjoyable Thanksgiving holiday."