Man strips naked at Sky Harbor in front of children 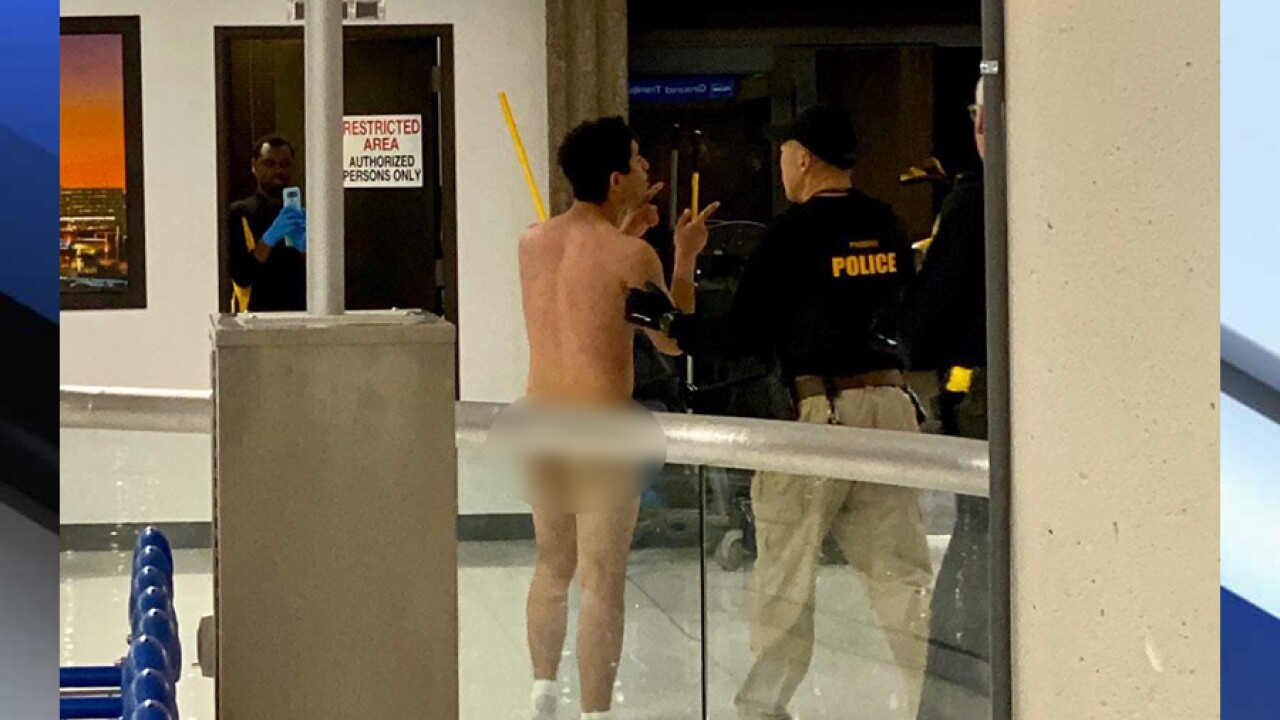 PHOENIX — A man has been arrested for stripping naked inside the Terminal 4 baggage claim area at Sky Harbor, according to police.

Phoenix police say that on December 4 around 9 p.m., 21-year-old Ricky Hernandez parked a 2010 Mazda on the south curb of Terminal 4 and left it unattended.

Hernandez then allegedly walked to the baggage claim area and started taking all of his clothes off. Officers found Hernandez making “nonsensical comments” walking around naked. Police say several kids were in the area and witnessed the incident.

Police took Hernandez into custody and used a plastic bag to cover his exposed areas.

Police say Hernandez appeared to be "extremely high" on an unknown drug and was yelling profanities.

Hernandez was hospitalized because of his extreme “agitation and drug use” but faces charges for indecent exposure and DUI.