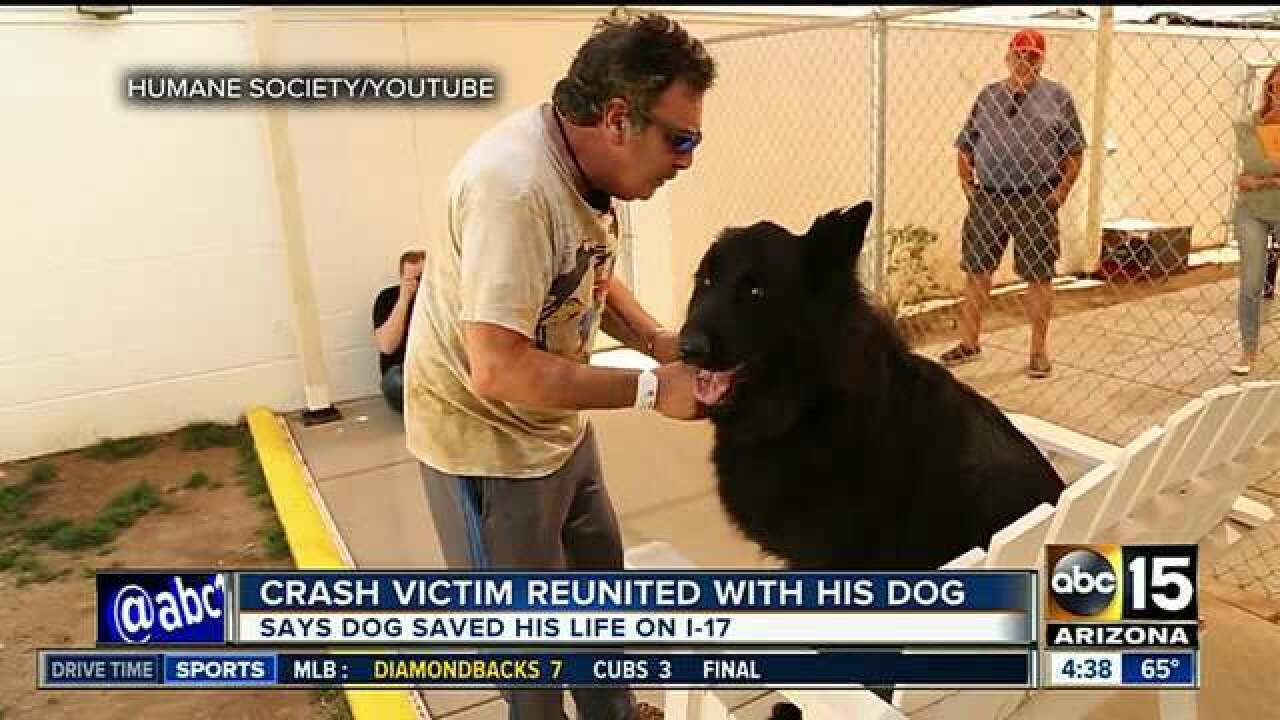 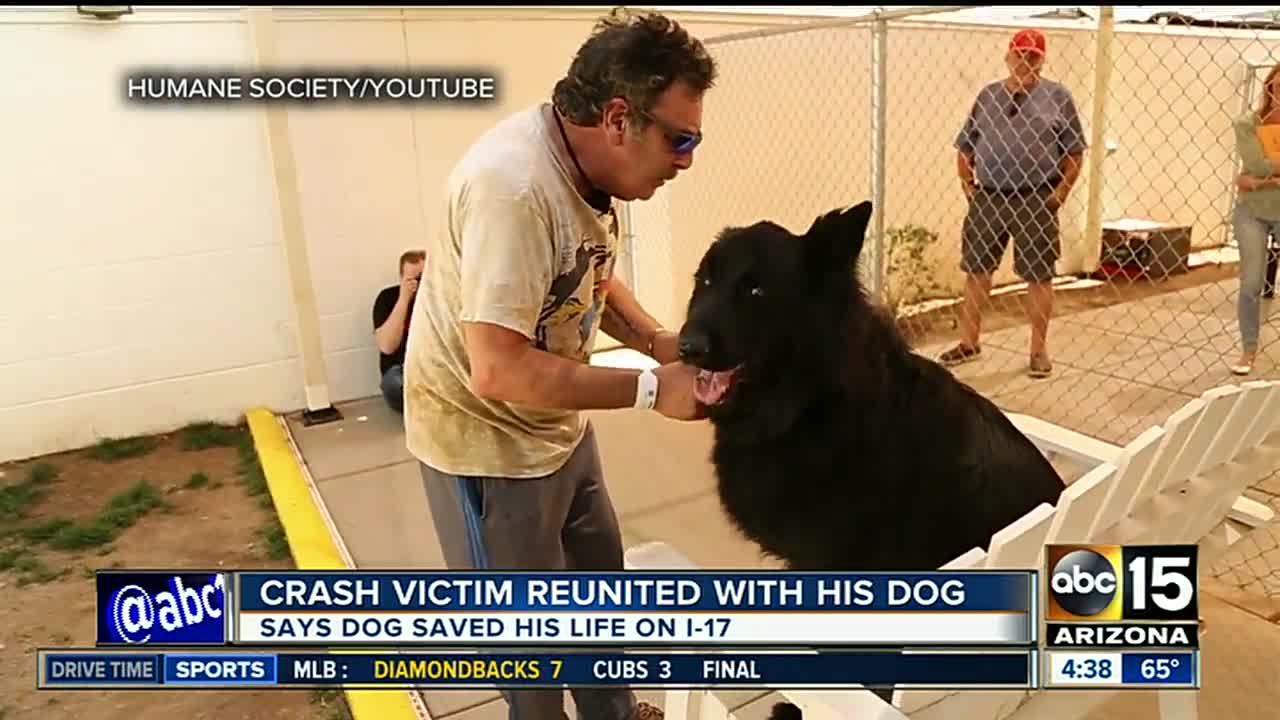 The driver of the vehicle that had steel go through the windshield of his SUV has been reunited with his dog.

On March 9, the driver was traveling on Interstate 17 and Bethany Home Road when he crashed into the back of a truck.

Air15 video showed the long pieces of metal on the bed of a work truck, going through the driver side windshield of an SUV.

Phoenix Fire officials said the man was transported to the hospital. While he was in the hospital, his dog was taken to a local shelter to be cared for. They were reunited on Wednesday, watch the amazing video in the player above.