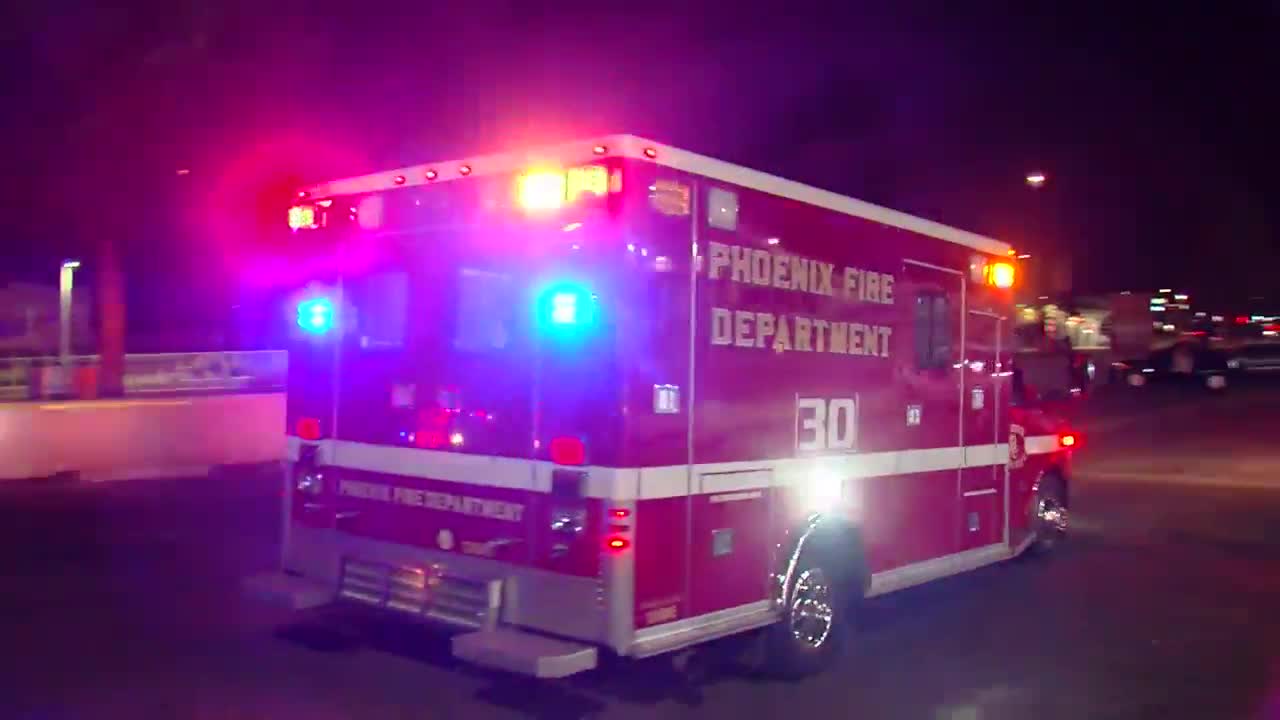 Police are investigating after a pedestrian was hit and killed by a vehicle near 19th and Glendale avenues.

PHOENIX — A deadly crash involving a pedestrian is under investigation near 19th and Glendale avenues.

According to the Phoenix Police Department, officers were called to the area around 4:30 a.m. Sunday.

Officers located an adult male pedestrian with serious injuries. He was taken to a nearby hospital by the Phoenix Fire Department where he was pronounced dead.

Investigators say the vehicle involved was traveling northbound on 19th Avenue when the pedestrian stepped out into the roadway and was struck.

Police say speed and impairment do not appear to be factors in the crash but the investigation remains ongoing.

The name of the pedestrian hasn't been released.