Man arrested for stealing car with child inside at Sky Harbor 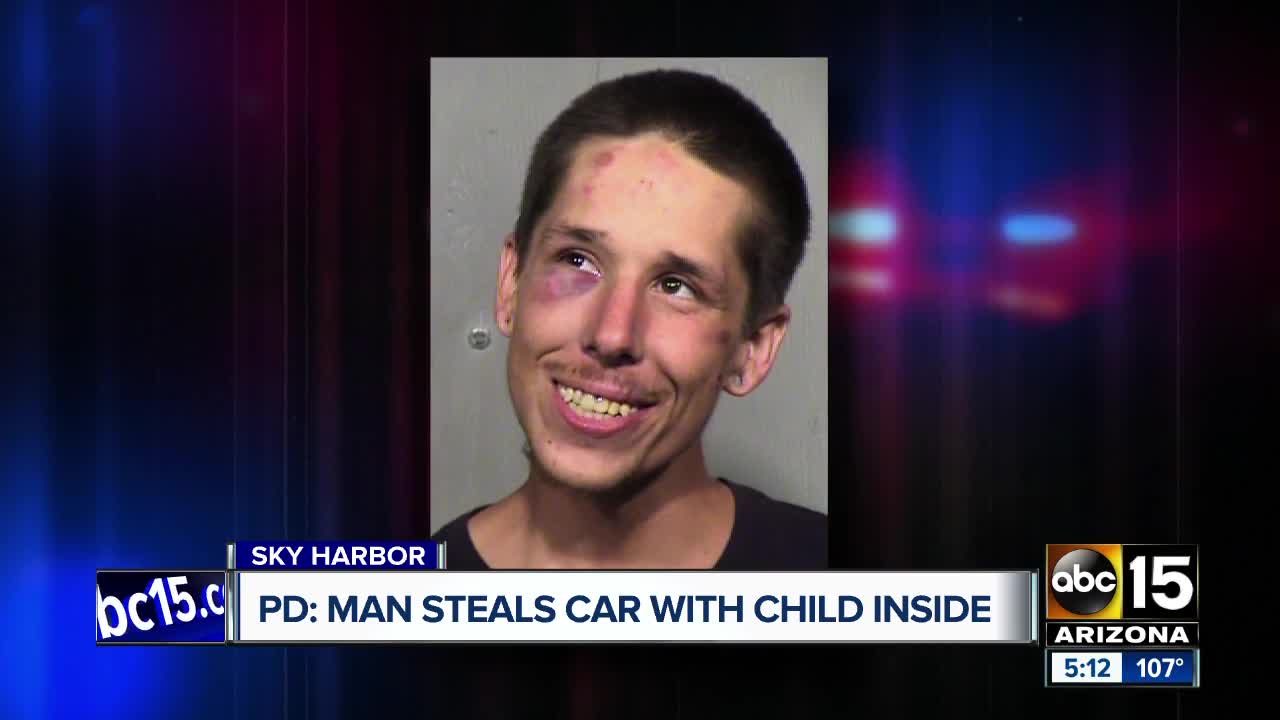 Scott Duran steals car from Sky Harbor, takes off with 5-year-old inside. 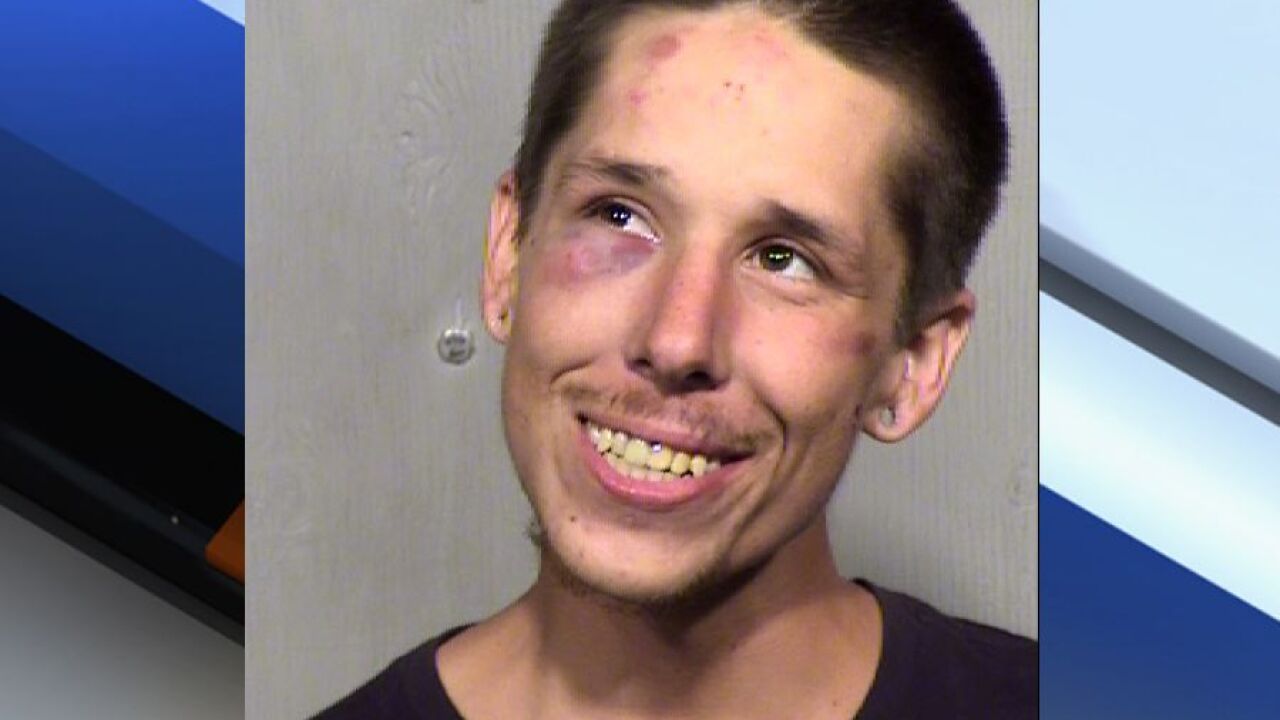 PHOENIX — A man was arrested Sunday evening for stealing a vehicle with a child inside at Sky Harbor.

Phoenix police say around 6:30 p.m., 28-year-old Scott Duran stole a vehicle from Terminal 4 south, while a five-year-old child was inside the vehicle.

The suspect allegedly drove the vehicle on Sky Harbor Boulevard, and ended up in front of Terminal 2. The vehicle came to a stop near Terminal 2, and Duran was taken into custody.

The child was uninjured and quickly reunited with the mother.