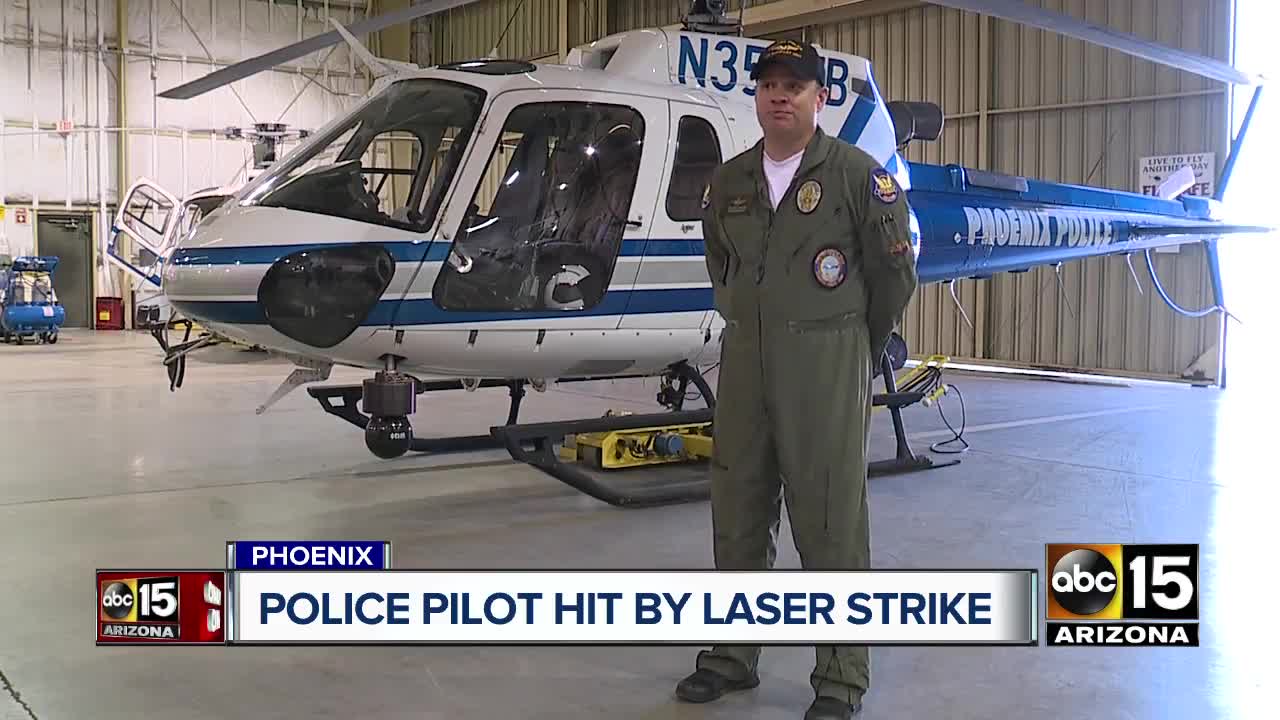 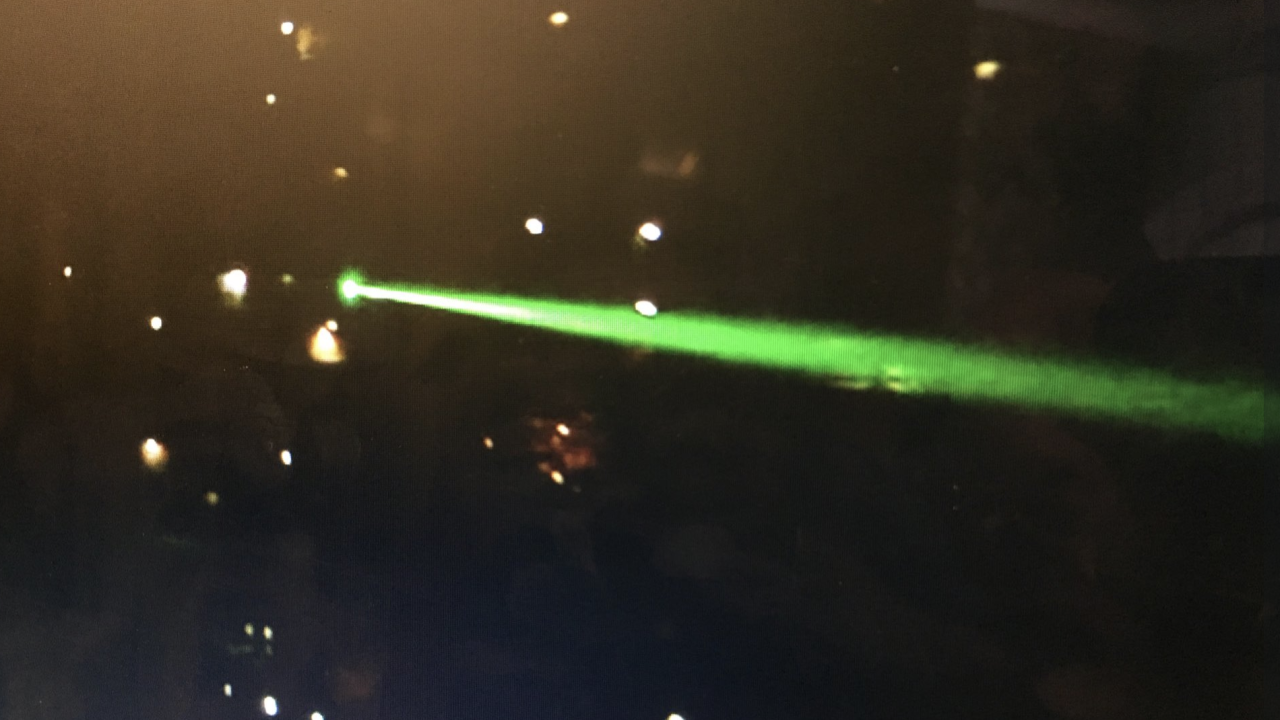 PHOENIX — A single laser can blind a pilot and cause planes and helicopters to crash in an instant.

Laser strikes are incredibly dangerous, and far too common in Arizona. In the first half of 2019, there were 159 laser incidents involving aircraft, according to the Federal Aviation Administration (FAA).

Those numbers put Arizona fourth in the entire country for laser strikes. The state was third in 2017.

Recently, an Avondale man was arrested for aggravated assault and pointing a laser at a police officer.

Phoenix police wrote in arresting documents that Davonte Jamerson, 27, pointed a green laser at their helicopter for an extended period of time. Jamerson claims it was an accident and says he did not even know the helicopter was in the sky.

"When the laser hits you, it's pretty obvious that's what it is," said Phoenix Police Pilot Scott Hopkins, who was patrolling the skies Friday night.

Officer Hopkins said his chopper was helping ground units with a residential burglary when the cockpit suddenly filled with a green light.

"It starts reflecting from all over. It's extremely disorienting. It can cause temporary flash blindness," said Hopkins. "Your eyes start to water or you can receive a headache from it, and in extreme cases, you can actually receive vision damage. Permanent vision damage."

The dangerous laser attack is, unfortunately, a familiar experience for the police pilots. "Just me personally as the pilot, at least 20 times," said Hopkins.

The culprits vary. "Sometimes it's kids who just don't know any better," said Hopkins. [Another time] the laser was attached to a firearm."

During the recent assault of beamed light, Scott's reaction was calm but urgent. "We said, 'What is it, where is it coming from, and how are we going to deal with this now?'"

It was dealt with quickly, as the pilot and his co-pilot officer were able to direct ground units to the home of Jamerson.

Jamerson admits he had the laser. "We were waving it back-and-forth to try and make a wall effect if that makes sense," said Jamerson, who said he was showing the laser to a teen next door.

The 27-year-old denies intentionally pointing it at the pilot or even in the direction of the helicopter.

"I think it's stupid. I think sometimes people do things without realizing what the real consequences are," said Cheryll Johnson, whose son was outside with Jamerson.

Police though, believe it was intentional. In court documents, officers wrote that "as the aircraft proceeded towards the location of where the laser was coming from, the cockpit stayed illuminated until the aircraft was just about over [Jamerson's address.]"

Multiple neighbors also told officers they saw Jamerson "out in front of his residence pointing a green laser at the police aircraft."

"I don't hurt anybody, I don't do anything like that," said Jamerson, who told ABC15 he wanted to apologize to the officers in the helicopter. "I [was] thinking of it as a toy."

Officer Hopkins says many people underestimate the laser, which to pilots is seen as a deadly weapon.

"The old saying, takeoffs are optional, landings are mandatory. Well I wouldn't want to try to land a helicopter blind," said Hopkins.

Pointing a laser at an aircraft is a federal offense and according to the FAA. It can be punishable with up to a $25,000 fine or five years in prison.