Man allegedly exposes himself to elementary students at Phoenix school 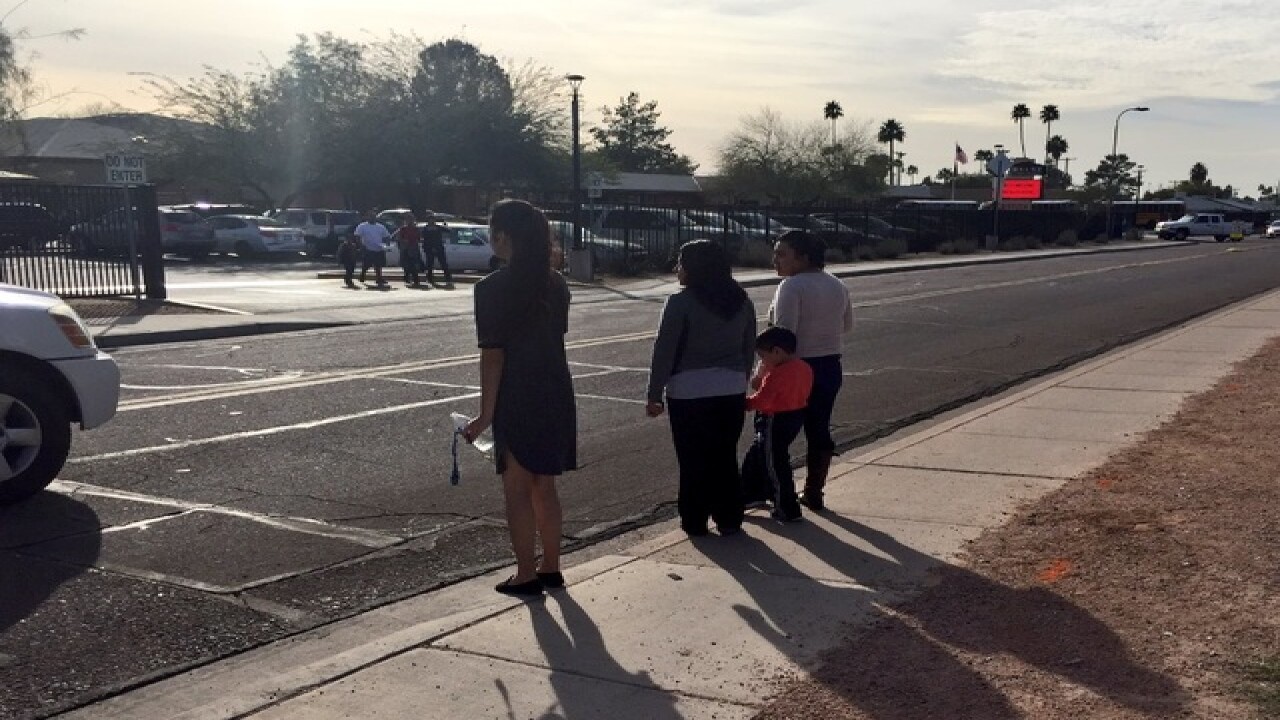 A Phoenix school is on high alert after a man was seen acting inappropriately in front of students.

According a spokesperson for Griffith Elementary School, a Hispanic man exposed himself to a handful of fourth graders through a chain-linked fence on Wednesday, Feb. 1.

A recess monitor spotted the commotion and the suspect quickly fled the area, authorities said.

The man was wearing a baseball hat, white T-shirt and tan pants. He was seen driving a tan Chevy Impala with circular tail lights and dark tinted windows. The car was parked near McDowell Road and 48th Street when the incident occurred, police said.

A letter from the school was sent home to parents today regarding the incident:

"We want to inform you of an incident that occurred yesterday near Griffith Elementary at approximately 11:45 a.m. It was reported that a man driving a champagne colored Chevy Impala was seen parked near the southeast area of the backfield. Students reported that the man was acting "inappropriately." The Campus Monitors notified the office, and the police were immediately contacted and searched the neighborhood.

The Balsz School District places the safety of our students as its top priority. This includes communicating accurate information to you, which may involve issues of safety. We want you to be aware as we partner with you for the safety of your child.

Thank you for entrusting your child in our care. Please contact Griffith should you have questions."