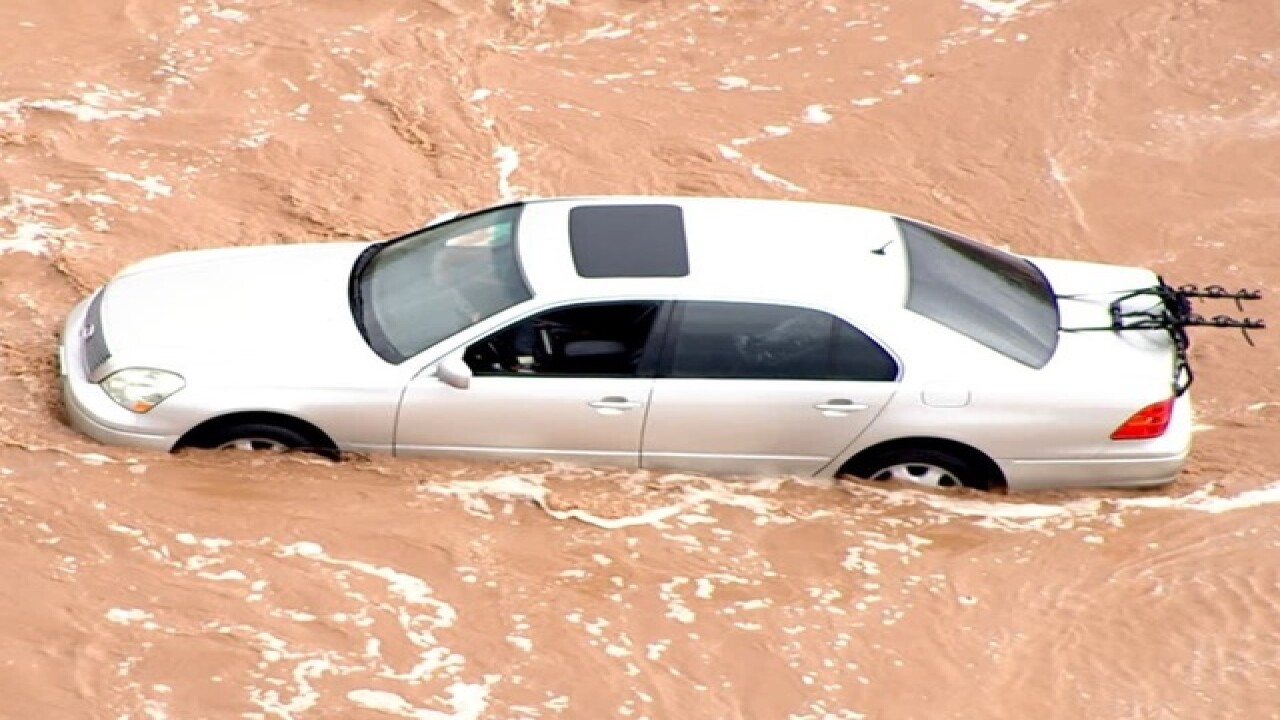 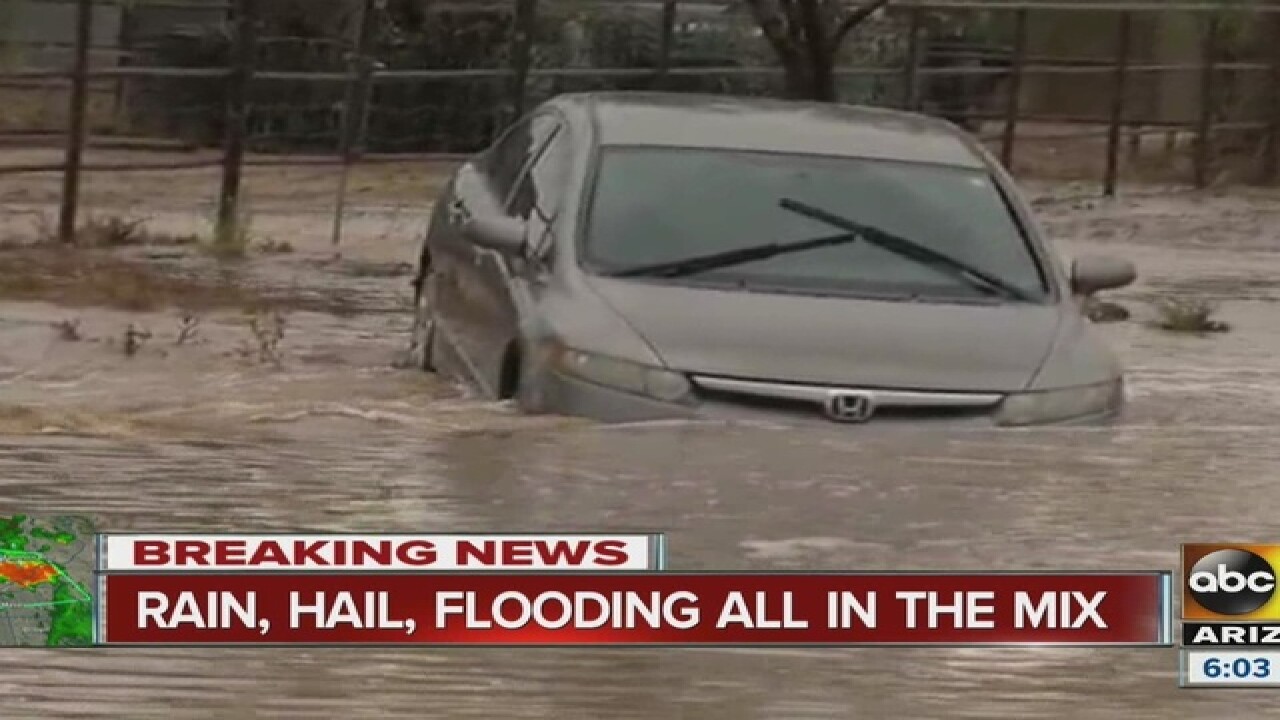 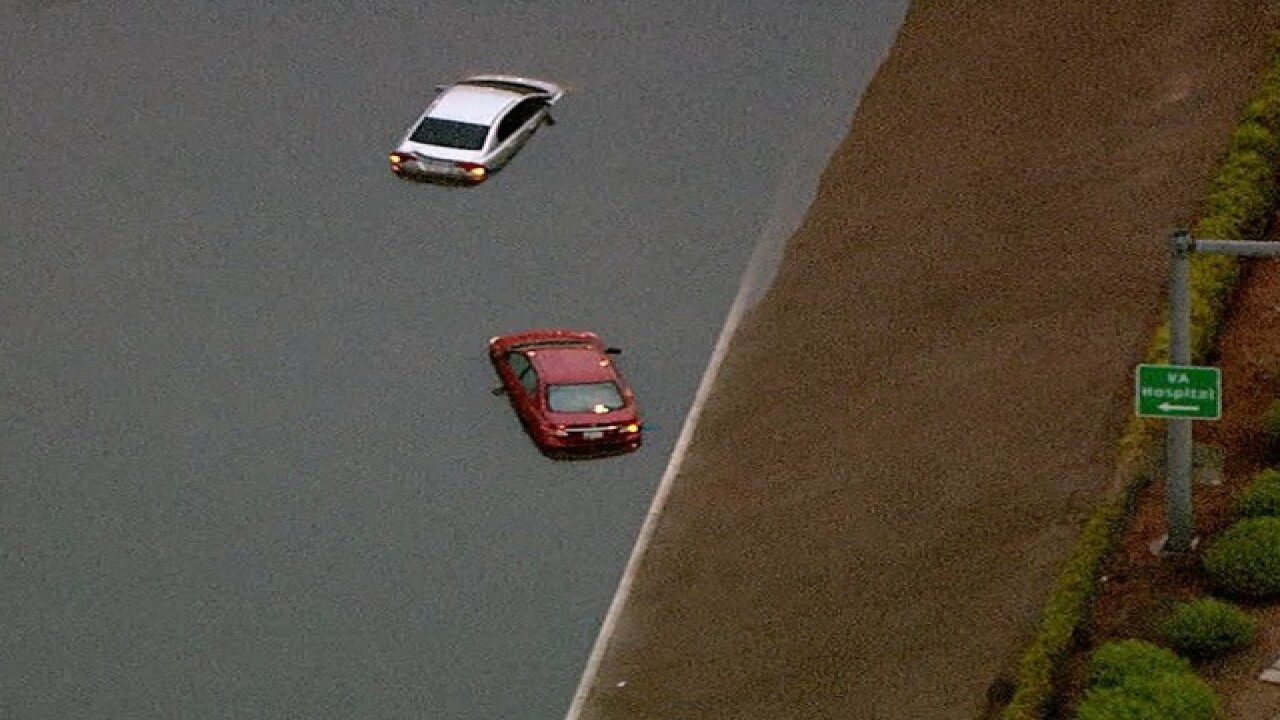 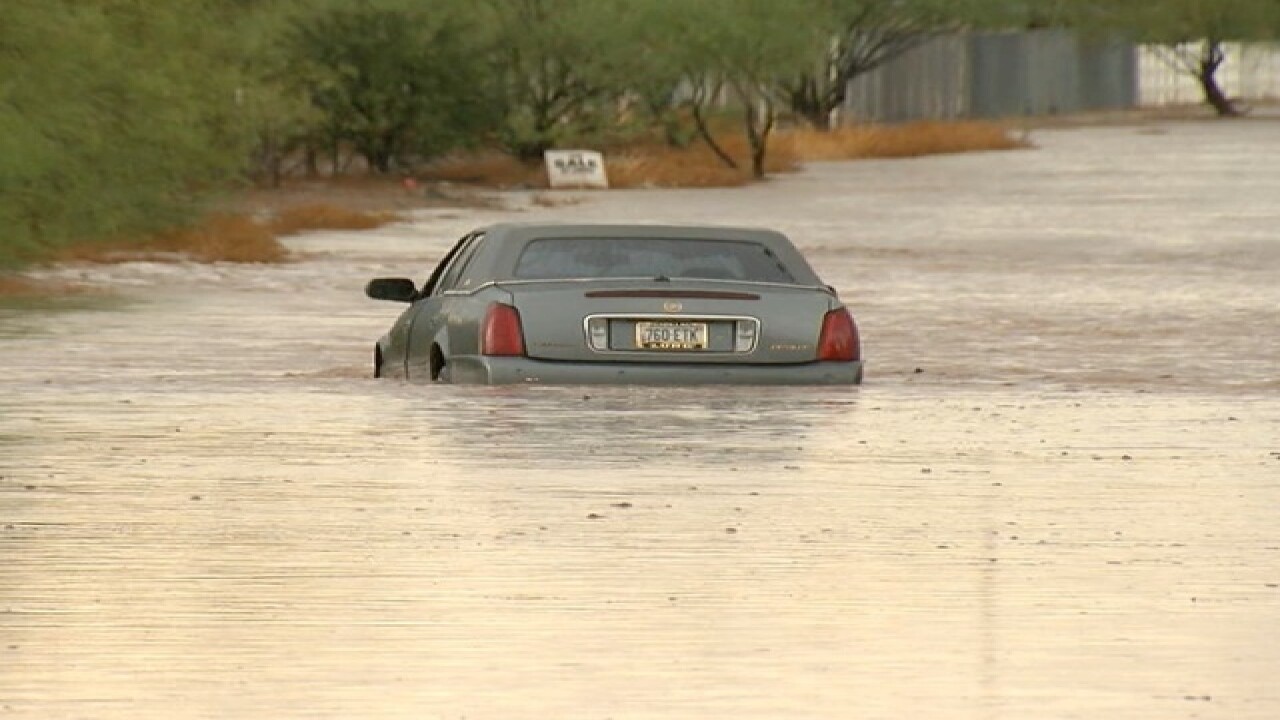 Tuesday's monsoon storms have led to dangerous flooding conditions around the Valley and forced road closures and water rescues.

The severe storms dropped enough rain for Arizona Department of Transportation officials to shut down Interstate 17 at Indian School Road in both directions for five hours after multiple vehicles became stuck on the roadway. There is also a Flood Warning in effect for that area until 11:15 p.m.

It was one of multiple water rescues reported Tuesday afternoon, including three others near 3rd Street and Carefree Highway. The roadway also had to be closed due to rushing waters.

A woman was reportedly pulled from her car by residents in the area after her vehicle died in the fast-moving water.

Scottsdale fire crews were also responding "to multiple reports of stranded motorists in 12 inches of water."

NOW: #Air15 over car stuck in flooded streets at 64th St & Shea. One of several water rescues in the Valley today. pic.twitter.com/DTeVTIYgEn

Westbound Shea blvd is closed from 142 St to 136 St. Power lines and poles are down in the street. Use alternate route.

Hunt Highway is shut down from GIlbert to Lindsay because of flooding. We will send out another update when it's clear.

Maricopa County Sheriff's Office spokesman Doug Matteson said no injuries have been reported due to the rescues.

The American Red Cross Association said anyone affected or displaced by the storms can call 1-800-842-7349 for assistance.