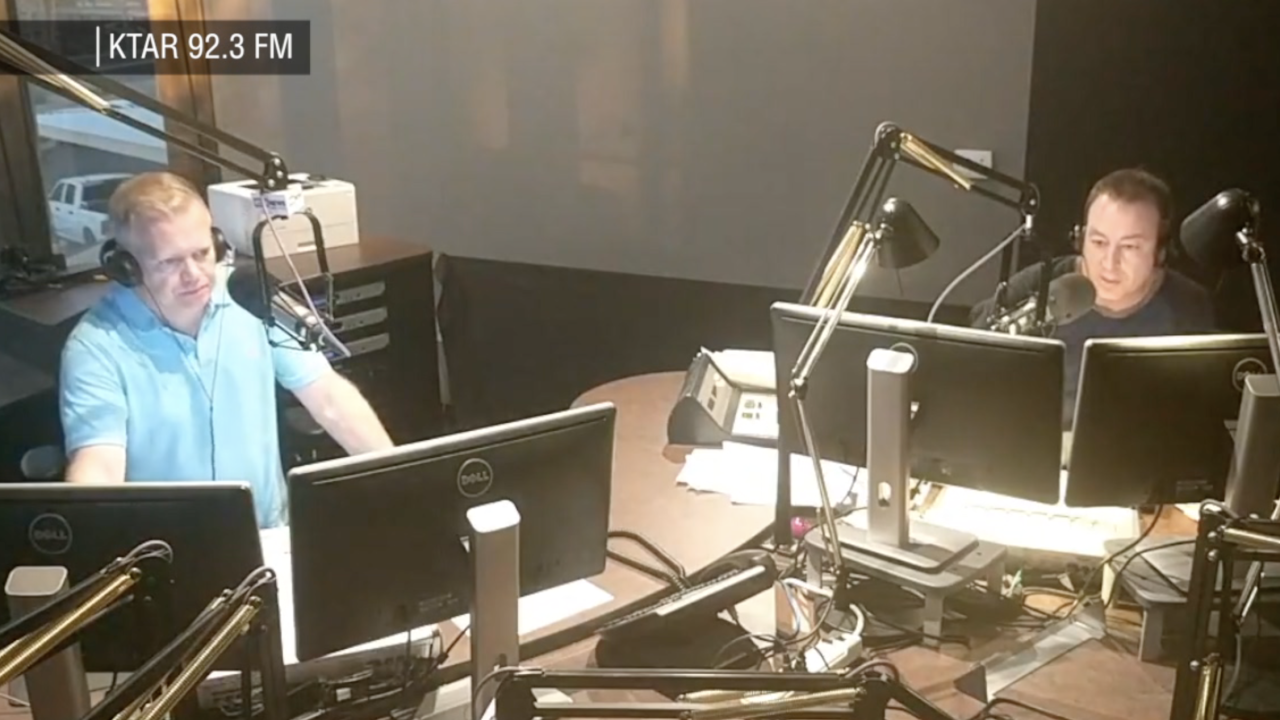 PHOENIX — After 12 years at KTAR, Mac Watson and the Valley radio station have parted ways.

In an email, Ryan Hatch, vice president of content and operations for Bonneville Phoenix, confirmed that Mac Watson -- one of the talk show's prominent hosts alongside Larry Gaydos -- was no longer with KTAR and that the new show would be called "Gaydos in the Afternoon" and would air in the show's current time slot, 2 p.m. - 6 p.m.

ABC15's Steve Irvin spoke with Watson on Tuesday evening. He confirmed the pair were parting ways. It was not immediately clear what led to Watson's departure from the station or the show.

On Wednesday, Watson released a statement on a newly-created Facebook page.

"Thank you, friends, for all your loving words of concern and support after KTAR and I parted ways yesterday. It means so much to me and my family to see the outpouring of support from friends and listeners. Of course it’s hard, especially on our kids; however, the truth—and I—will prevail," he said.

"In response to the question, “where is Mac?” Rest assured, I am still in Phoenix. In fact, I’m sitting on my couch watching Dinosaur Train with my son. Arizona PBS. Onward and upward."

In response to two tweets two of his followers had sent him Tuesday evening regarding not being on the show, Watson confirmed that he was no longer with the show, and thanked another person for their support.

On KTAR's website, "Gaydos in the Afternoon" is described as: "Longtime KTAR News host Larry Gaydos gets you home informed and entertained."

As changes were made to the "Mac and Gaydos" Facebook page on Tuesday, people left comments curious where Mac had been and why there was no mention of him on the page anymore. The page's profile picture, cover photo, and website address were all updated on Tuesday afternoon.

According to a cached version of Watson's biography, which has since been pulled from KTAR's website, Mac worked as a music DJ before joining KTAR in 2007.