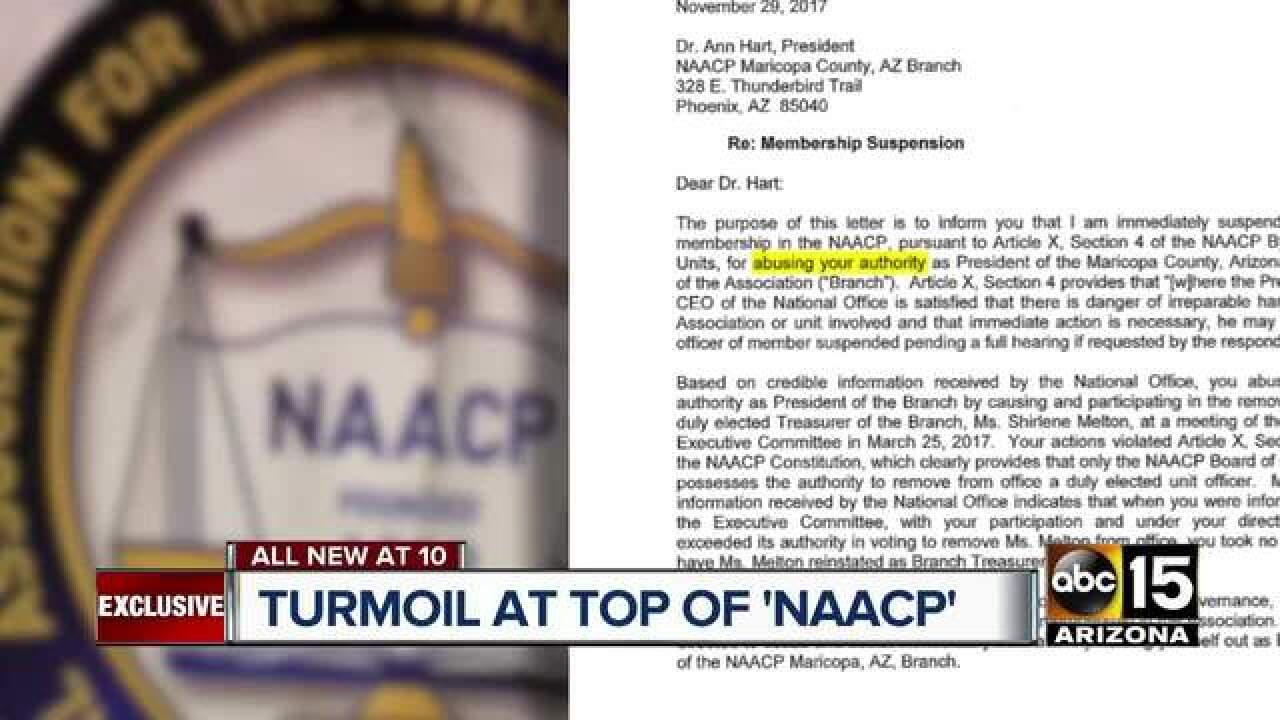 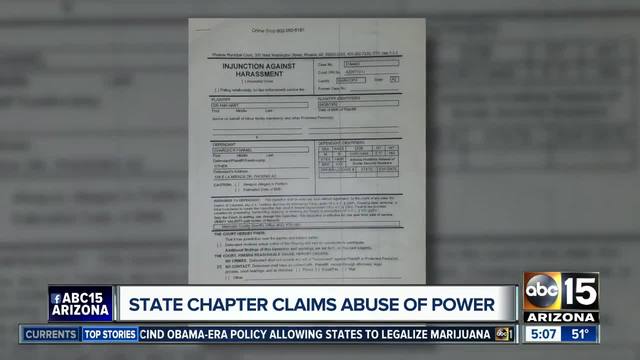 There's turmoil at the top of Maricopa County's National Association for the Advancement of Colored People. Maricopa County NAACP President Dr. Ann Hart is being forced out of her position and accused of abusing her power.

ABC15 obtained a letter from officials at the NAACP national level to Dr. Hart. It said Dr. Hart is suspended from the organization for breaking NAACP rules when she orchestrated the dismissal of the group's treasurer.

But Hart and her allies told ABC15 that, in reality, the full board fired the treasurer for poor performance.

"There was [sic] a couple credit cards floating around, people were using for their own personal gain," said Jerome Overstreet, Maricopa County NAACP board member. "When Dr. Hart found this information out, she immediately hired a CPA."

At the same time, there are assault accusations with Dr. Hart saying that NAACP State President Charles Fanniel of grabbing her wrist during an altercation last summer.

"I feel that this is retaliation... Dr. Hart had none of these issues happen to her until she filed the assault charge," said Overstreet.

She is the second Maricopa County NAACP president forced out in the past two years. In February 2016, Donald Harris resigned under fire for these commenting on the physical attributes of a female TV reporter.

Taylor said all the distractions are bad for the group's mission.

"No matter what happens we're going to make sure we have a leader we can trust and move forward with the NAACP," said Taylor.

There's no public timeline on Dr. Hart's appeal with the NAACP. The assault case with the two leaders is back in Phoenix Municipal Court on January 23rd.