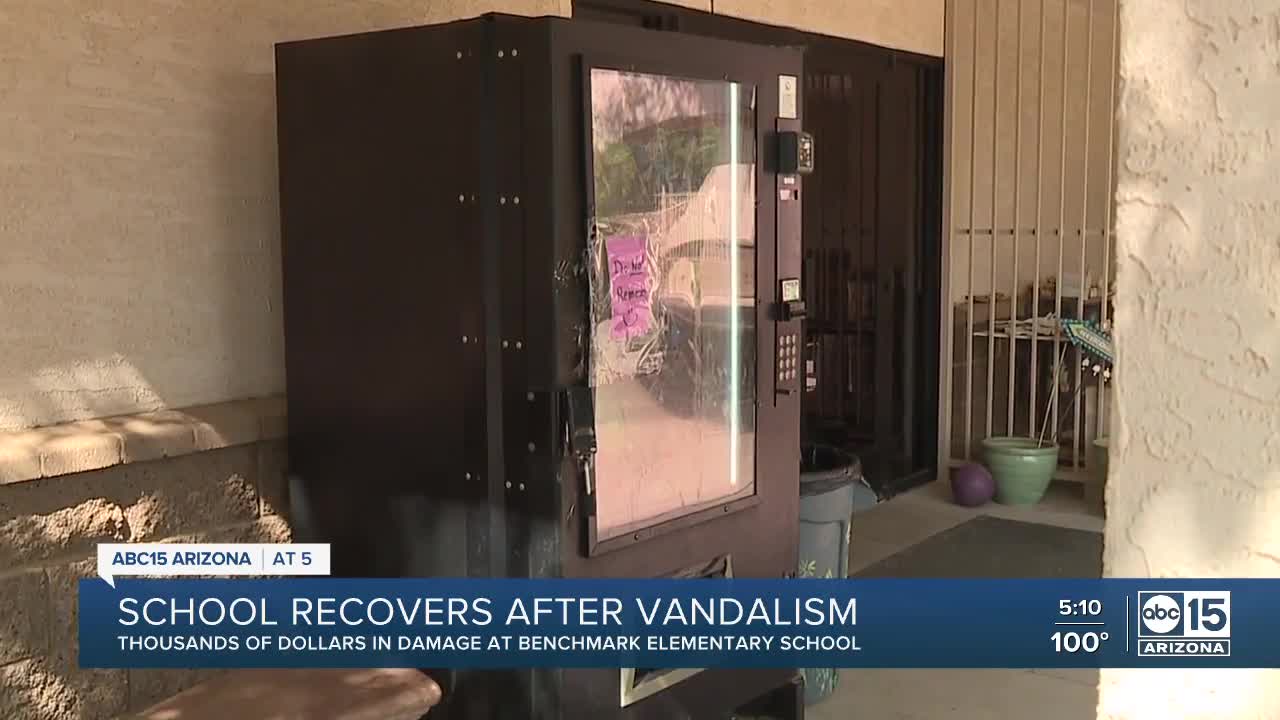 A local elementary school is turning a negative into a positive teaching moment after two people caused thousands of dollars in damage.

A local elementary school is turning a negative into a positive teaching moment after two people caused thousands of dollars in damage.

Video surveillance shows two prior incidents of what appears to be the same individuals on the Benchmark campus in the past month. One video from earlier in October shows the two people lighting hand sanitizer on fire in the parking lot.

Phoenix Police say no arrests have been made, but the incident is under investigation.

Brady said after a notice of vandalism was posted on the school's website, an outpouring of support and information flooded in from former students.

"The biggest thing is our grads calling us within an hour of that being posted and saying, ‘Hey Ms. Brady, I think I know who that is.’ So it’s nice that they still care for us," said Brady.

Brady said the school faculty and teachers are hoping to turn the negative situation into a positive for students at the school.

"We don’t want to dwell on what happened. What happened, happened," said Jaren Smith, a sixth-grade teacher at Benchmark. "We move forward and we work as a group."

"We grow from it, and we don’t let those things stop us," said Brady. "That’s our mission at this school. We keep our heads up, move forward, positive thinking."