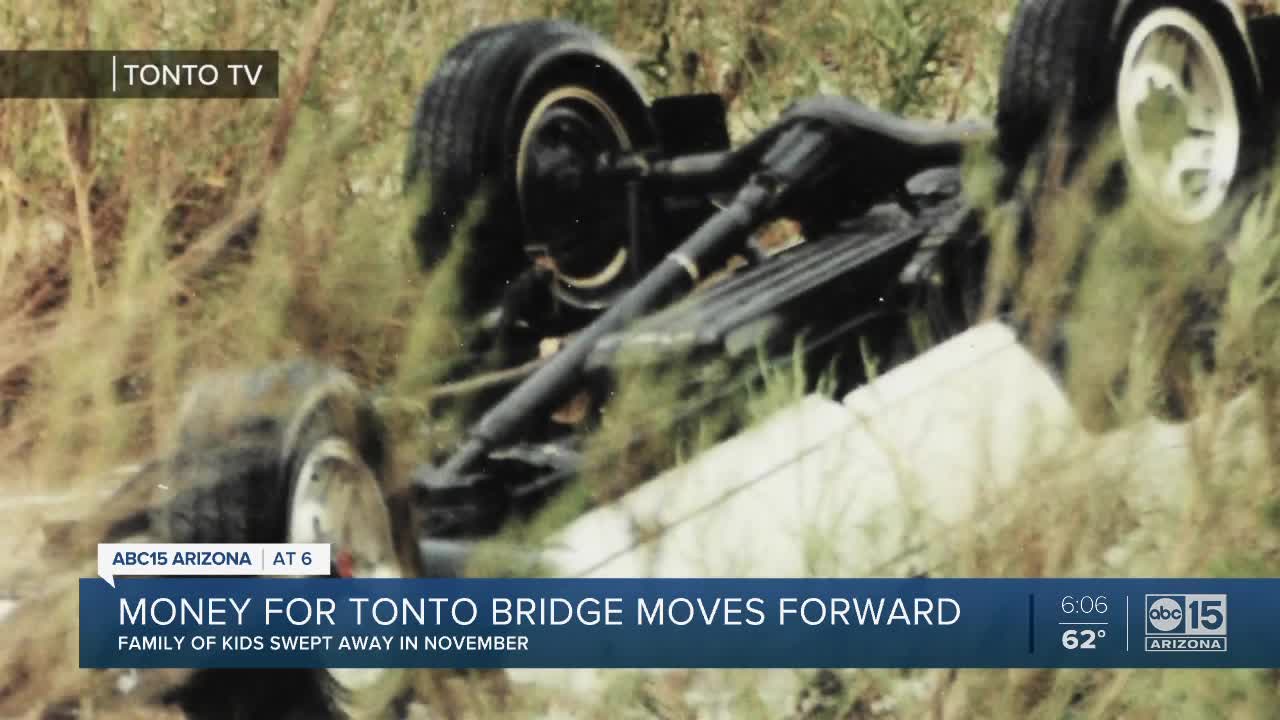 PHOENIX — The last place Bill Rawlings wanted to be was at the State Capitol making another appearance before a legislative committee. But that is where Rawlings was Wednesday.

Day two of a very personal lobbying campaign to build a bridge across the Tonto Basin. "You know you would like to believe people in authority," Rawlings said. "I asked them in 2010 what the plan was for a bridge. When I left Gila County I was assured it was on a five year plan."

Five years is now 10 years, and for Rawlings and his family the time for a bridge is way past due.

In November, Bill Rawlings' grandchildren Willa, Colby and Austin died, swept away in a torrent of water, after the truck taking the children across the Tonto Creek tipped over.

"Loss of life is devastating. We don't know when our time on earth is going to be through. But when people live in an area and they can't get medical attention, they can't get to their daily job, where children can't get to school, do we down grade them?"

Rawlings thinks not. That's what brought him to the House Transportation Committee meeting. He waited more than two hours as the committee worked through it's agenda, before having his turn to speak.

The House Transportation Committee vote unanimously to move the bill. It was amended lowering the cost to 15-million dollars, identical to a bill which passed out of the Senate Appropriations Committee on Tuesday. Governor Ducey is hoping the federal government will pay for the bridge. But it seems the message Bill Rawlings had for lawmakers was received. Build the bridge now. Decide who pays for it later.