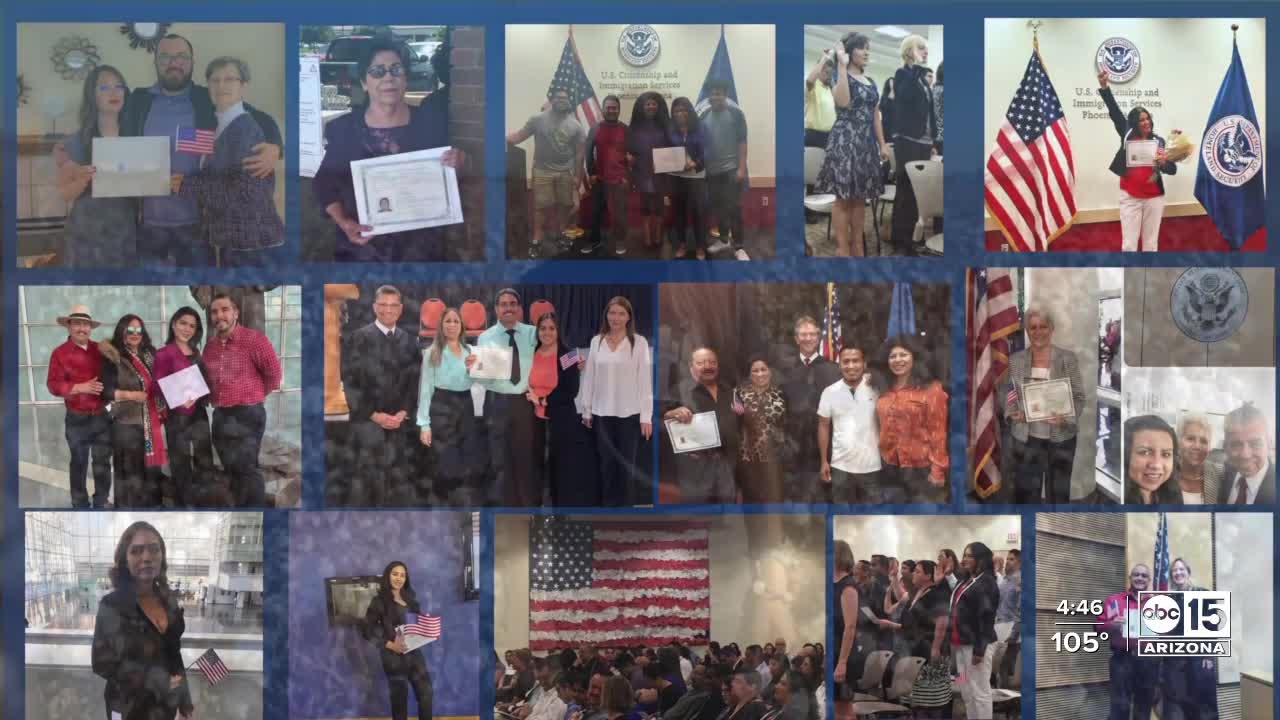 Lucinda Hinojos, “La Morena” is a nationally recognized muralist and painter. Her murals are intended to make a statement by changing the narrative about social justice, Latino and Native American issues through art activism. PHOENIX — If you have ever walked around downtown Phoenix, chances are that you have encountered La Morena’s art.

Lucinda Hinojos, “La Morena” is a nationally recognized muralist and painter. Her murals are intended to make a statement by changing the narrative about social justice, Latino and Native American issues through art activism.

“Us, Latinos, Chicanos, Mexican-Americans, Mexicans have so much rich culture. I'm also native descent and there’s also a lot of pain there too. 500 years of resistance, but we’re still here and we’re not going nowhere,” expressed Lucinda Hinojos (La Morena).

Honoring Hispanic Heritage Month, La Morena hopes her murals can bring a positive image about what Hispanics are about and how love can help unite people from all walks of life.

“This is healing for people. It inspires people because there's so much negative news. Just talk about what our president thinks about us, that we are criminals, that we are rapists. We're one of the hardest working communities out there.”

Before Lucinda became La Morena, she was a teen mom of three, working two jobs while dealing with depression and domestic violence.

She says she was disconnected from everything around her until she found a purpose. To tell the stories of those who have no voice with her murals.

“The work that I do is adjusted to specific issues that need immediate awareness like immigration, DACA, missing and murdered indigenous women, police brutality.”

However, sometimes her messages are found to be controversial by certain groups causing some of her murals to be censored.

La Morena hopes people can see what she sees, real people’s stories that deserve to have a voice.

“I work with the Kino Border Initiative in Nogales and I was able to be at their center and actually talk, and speak with some of the migrants that have been detained by ICE and let go. It’s hard to talk about it because you see it in their eyes and they’re just tired.”

Her personal experience with migrant families resonated with La Morena, whose grandmother used to be a migrant farmworker.

Those personal experiences, her involvement with different immigrant rights organizations, and her advocacy work against police brutality are her biggest motivations for her murals.

She says she would like to remind everyone that Hispanic Heritage Month is more than a celebration of culture and that it’s also about creating awareness of issues that continue affecting many Hispanic families.

“I just want people to see through my art that they're human beings. There's no human that is illegal, judging and shaming is going to get us nowhere, it divides us.”

She hopes her murals can create some change about what it means to be an immigrant in this country.

“My nana was a cotton picker, they work in the fields, they're hard workers. I always like to say this, we don't know each other, but we need each other.”

You can find more information about La Morena here: https://lamorenaart.com/home-1

If you would like to help with her cause visit: https://vimeo.com/ondemand/lamorena