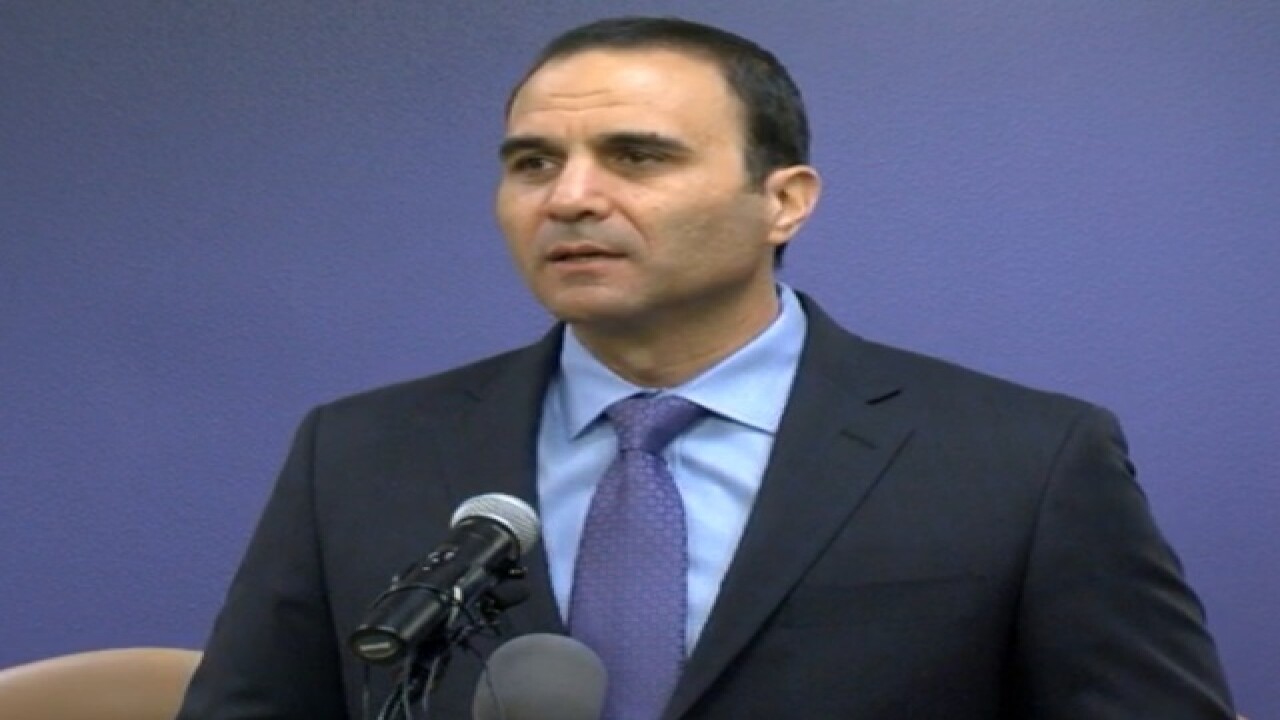 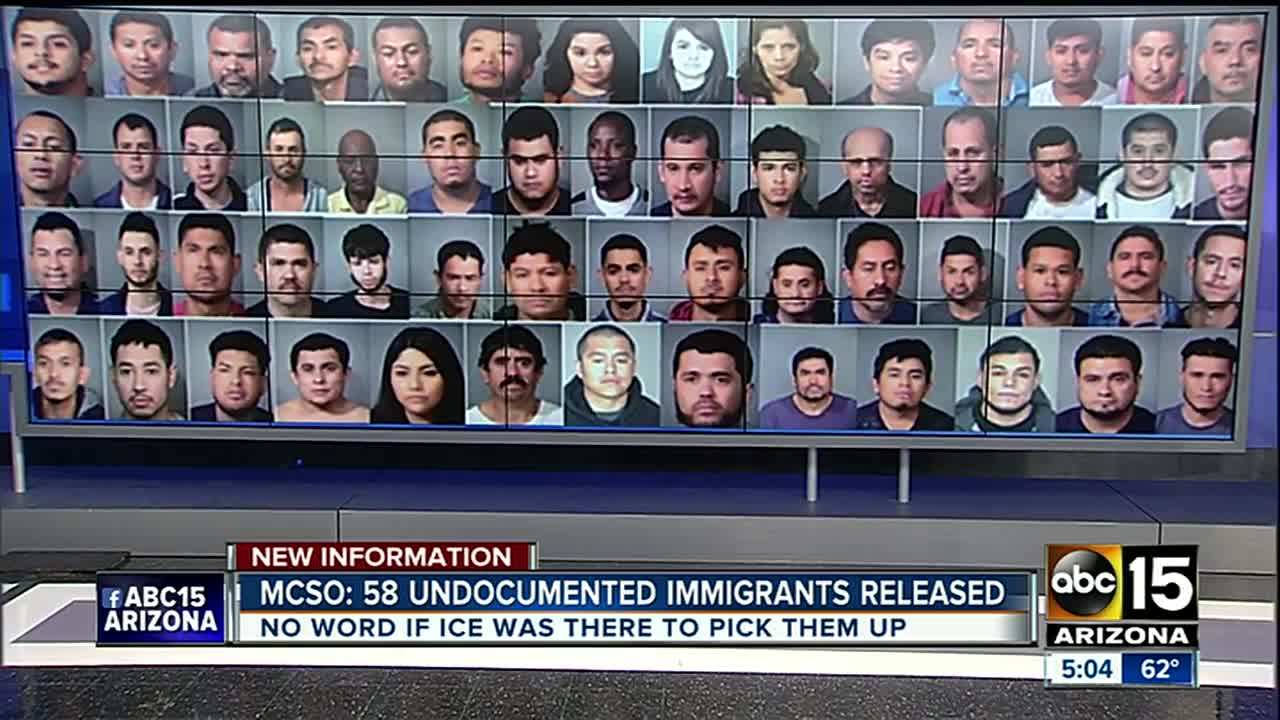 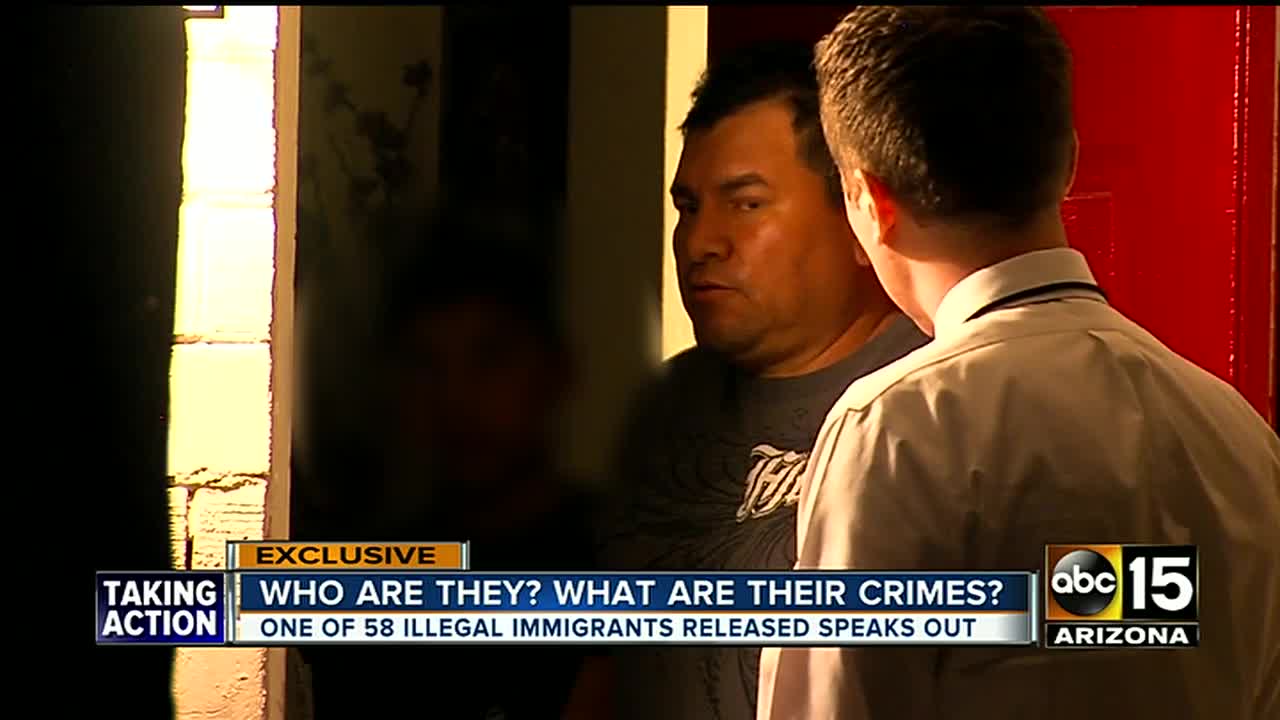 For years, immigrants being released from jails in Phoenix would routinely be kept locked up an extra couple days to give federal authorities time to check their immigration status and launch deportation proceedings.

It was a policy put in place by Sheriff Joe Arpaio and widely denounced by critics who cited it as a pattern of unfair treatment toward immigrants. Jail systems in other cities have also faced legal challenges contending it's unconstitutional to keep a person in jail after they're released on bail or complete their sentence.

Newly elected Sheriff Paul Penzone said the Maricopa County Attorney's Office informed him of the legal issues surrounding policy, and he responded by doing away with the practice.

Since the policy was changed on Feb. 17, MCSO says 58 undocumented immigrants have been released from custody.

Of the detainer suspects released since last Friday, some have felony convictions.

Edgar Pacheco admitted that he broke into a west Phoenix woman’s home in 2015 and was given probation.

He was arrested this week on an aggravated DUI charge, a violation of his probation for the burglary conviction.

Pacheco, who paperwork indicates is in the country illegally, left MCSO jail after being issued a $1,000 bond for the alleged probation violation. ICE did not state which six of the released inmates are back in custody.

Another inmate, Roman Hernandez, has been deported to Mexico three times.

A judge granted him probation after he pleaded guilty to a weapons charge this month.  He was identified as the suspect in the case of someone shooting a gun in the air and was found with methamphetamine in his pocket, arrest paperwork states.  ICE placed a detainer against him but did not pick him up; he left jail last week.

Charges against those people included DUI, aggravated assault on an officer, drug possession and burglary among others.

Included in the charges for the 58 people were the following:

Sheriff Paul Penzone announced Friday that his office will now be able to transfer custody of inmates who are deemed in violation of immigration laws to ICE, but said it’s the responsibility of ICE to track the inmates and make the request:

"Following the consistent practice of notification, ICE will be responsible to respond to the appropriate MCSO detention center prior to the completion of the release process. Upon transfer of custody at the conclusion of release detention, the detainee will become the responsibility of ICE and will be immediately transferred from Maricopa County Jails to a detention center under ICE's authority. MCSO will not detain individuals beyond the legal limit and conclusion of their release process. Should ICE fail to respond prior to completion of the process, we will be legally obligated to release them consistent with the court's order." - Sheriff Penzone.

ICE still now has the opportunity to detain these individuals after their release as well, but data on how many of them have been recovered has not been released.

The head of Immigration and Customs Enforcement's Enforcement and Removal Operations field office director in Phoenix, Henry Lucero, said in a statement Saturday afternoon that Penzone's reversal was a positive step.

"While we are disappointed the Sheriff will not honor immigration detainers, this change is a small step in the right direction," he said. "We will continue to work together with all law enforcement agencies to keep our communities safe."

His children’s request for a Coke sent Gustavo Ibarra to the store last week, a drive that ended with a traffic stop for failing to signal.  After smelling alcohol on his breath, Phoenix Police officers tested Ibarra and a breath test showed a 0.29 blood-alcohol level, almost four times the legal limit, according to court documents.

Ibarra was booked on aggravated DUI because his 13-year-old son was in the vehicle with him, booking paperwork stated.

ICE issued an immigration hold for Ibarra, who is in the country illegally from Mexico, though due to the rule change he was released before agents arrived.

The detainer did not concern Ibarra, he said in an interview at his Phoenix home Friday night.

“I’m not a criminal,” Ibarra said, according to his daughter’s translation.

“I’ve been working every day that I’ve been here for 13 years… I haven’t killed anyone or hurt anyone.”

Ibarra said he is not worried about the prospect of ICE knocking on his door and plans to attend his scheduled court appearance.