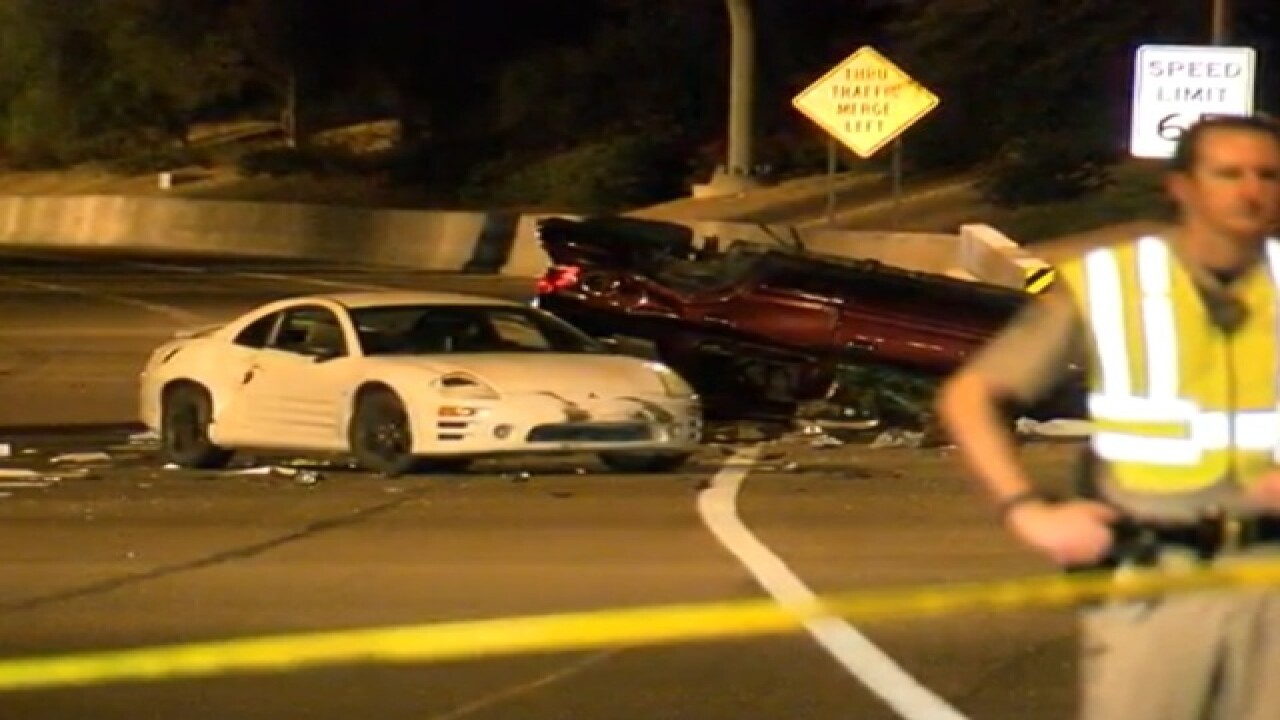 According to the Arizona Department of Public Safety, a speeding car hit an SUV near 32nd Street, causing the SUV to roll.

A passenger in the SUV, a man, was ejected and died at the scene, DPS says.

Westbound lanes were closed for several hours but reopened around 7:30 a.m.

DPS says construction is underway in the area with signs asking drivers to reduce speed. Just how fast the suspect vehicle was driving at the time of the crash is under investigation.

The driver of the car is being questioned by authorities.

Officials are reminding drivers to be aware of their surroundings, abide by speed limit signs and wear seatbelts.