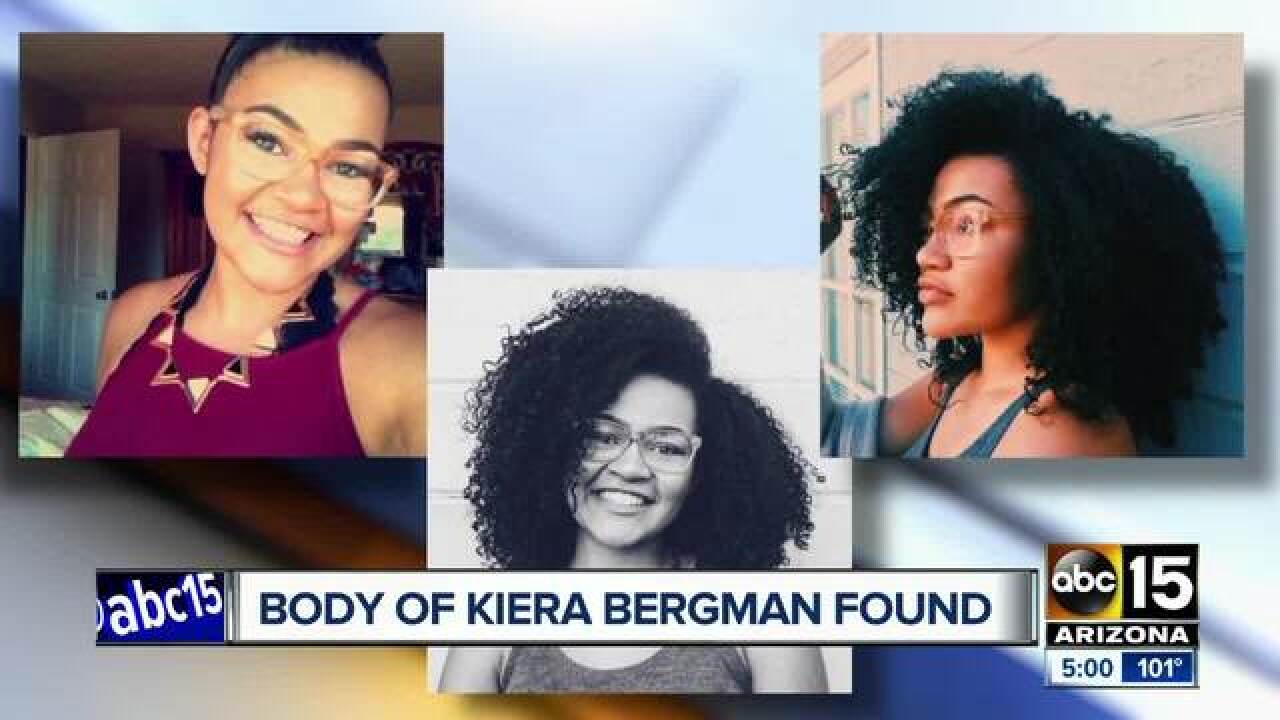 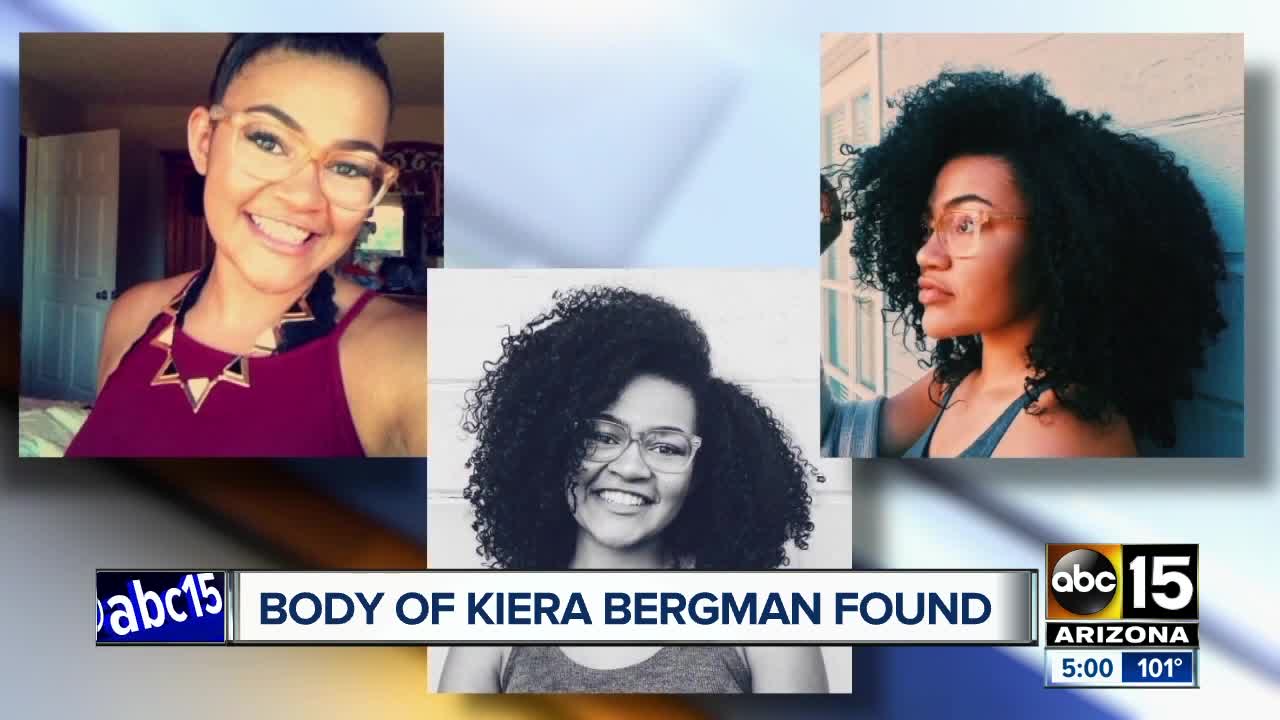 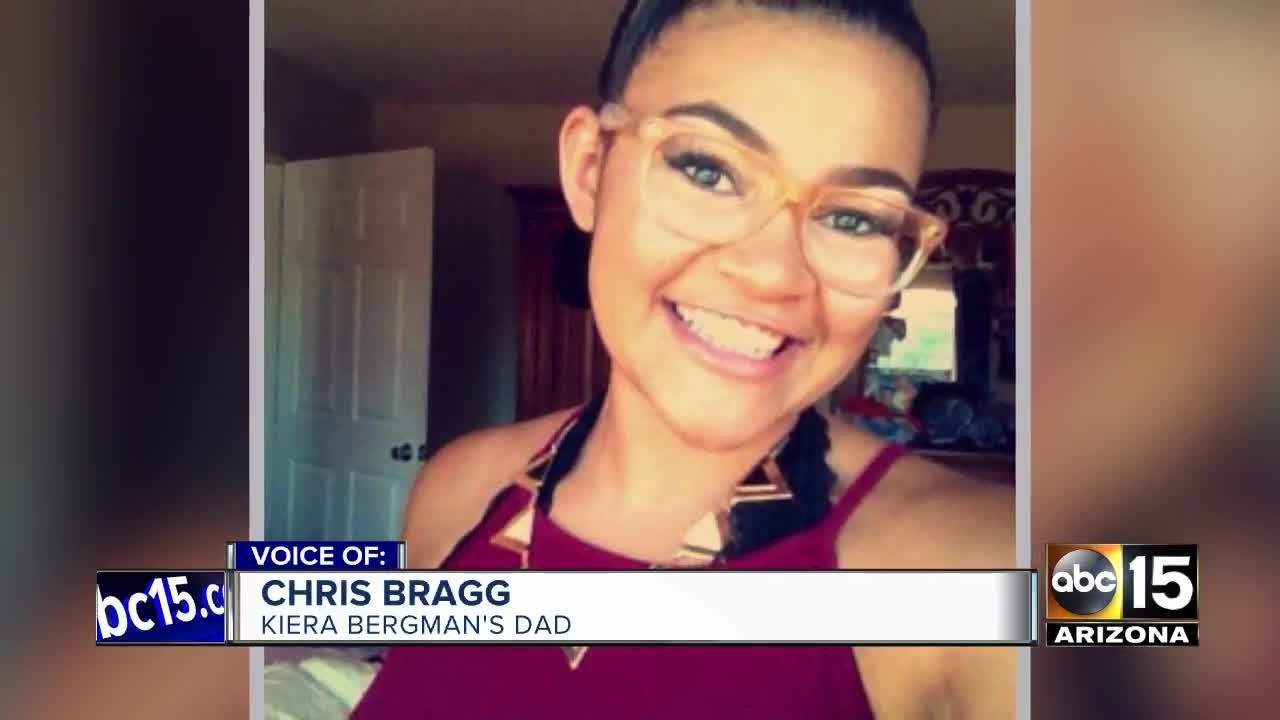 Family and friends across the country are mourning the death of Kiera Bergman.

The Phoenix Police Department announced they found the missing teen's body on Monday in a rural desert area in the West Valley along State Route 85 near Hazen Road.

They would not say if the person who located her body was driving or walking, but detectives did not find the body as a result of a confession.

Right now, police say they do not have a suspect in custody for her murder.

Nearly one month to the day, Kiera Bergman’s friends and co-workers got the news they had been dreading.

"You could hear sobbing, it was a very depressing environment," said Bianca Aceves, who worked with Kiera.

"I felt like I got hit by a plane or something," said Shilee Kyle, a co-worker, and friend.

Kyle immediately thought of a recent photo shoot she did with Kiera, who wanted to start modeling with her best friend Destiny.

"It kind of just makes me sad because now I know that she can’t have that feeling [of joy] again. She can’t feel anything again," Kyle said.

"We got a phone call from the detectives this morning letting us know they found Kiera’s body on Monday in the desert. And they were able to identify this morning through dental records," said Chris Bragg, Kiera's father.

Phoenix police told ABC15 she was murdered, they are investigating the death as criminal homicide.

Investigators are not saying how she died until the medical examiner finishes the autopsy.

"It’s hard, knowing that someone had to choose her fate, and decide when she would be leaving," Aceves said.

Friends and family are all choosing to remember how Kiera lived, with an unbridled enthusiasm for life.

"As the fun loving person that she was, with the big hair and the beautiful smile," Bragg said.

"She was super funny; her smile is very contagious," Kyle said. "You could be yourself around her."

Friends are not taking off their "Bring Kiera Home" bands until someone is held responsible.

"We’re not searching for her anymore…what we want now is justice for her," Aceves said.

During the course of the investigation Kiera's ex-boyfriend Jon Clark, 23, was arrested for forgery and identity theft.

His charges have not changed since the discovery of Kiera's remains, but Clark remains in jail.

Kiera's family said they will be coming to Phoenix to retrieve Kiera's remains after the autopsy, then have the funeral in San Diego.