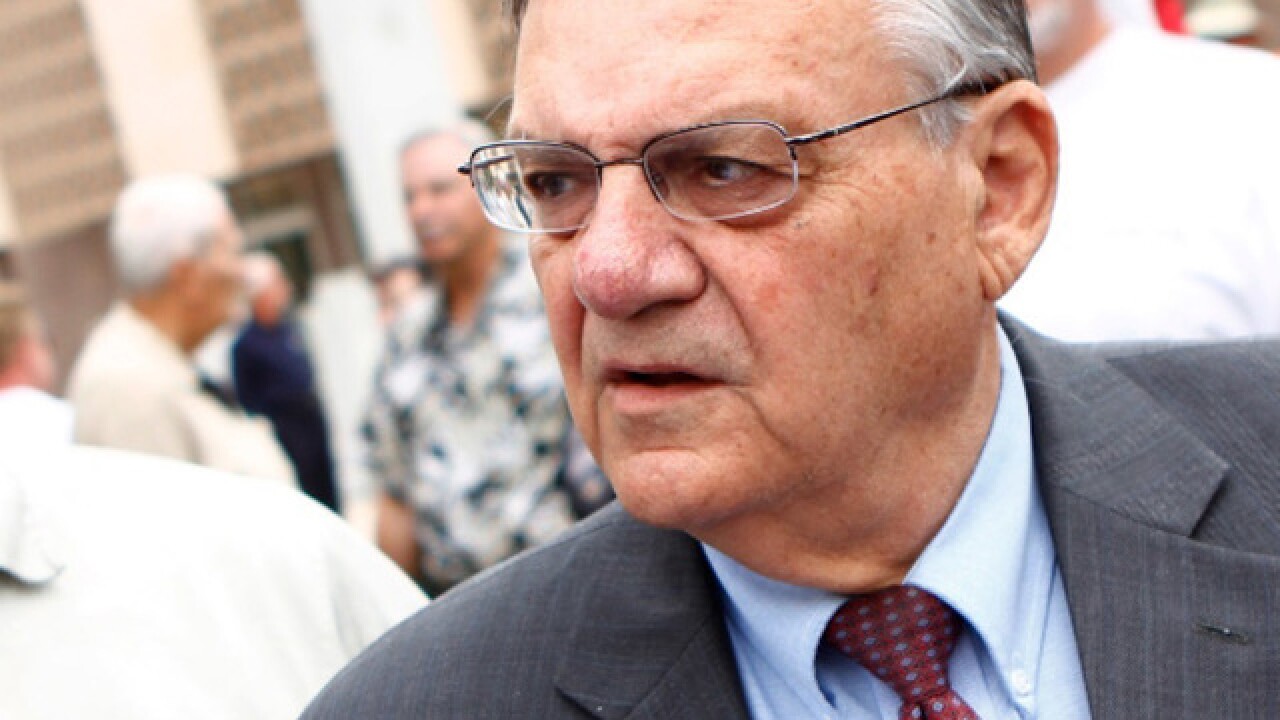 Copyright 2017 Scripps Media, Inc. All rights reserved. This material may not be published, broadcast, rewritten, or redistributed.
<p>Source: Getty Images</p>

Former Sheriff Joe Arpaio has hit a snag in his bid to have his now-pardoned criminal conviction erased from his record.

An appeals court on Monday questioned whether it has jurisdiction over Arpaio's appeal of a ruling that denied his request to throw out a decision that explains why he was convicted of misdemeanor contempt of court for disobeying a 2011 court order.

The 9th Circuit Court of Appeals says the pardon was issued before Arpaio was sentenced and cites a case that concluded appeals courts are generally barred from reviewing cases until after a person is sentenced.

Arpaio was given three weeks to say why his appeal shouldn't be dismissed.