Joe Arpaio announces run for US Senate on Twitter 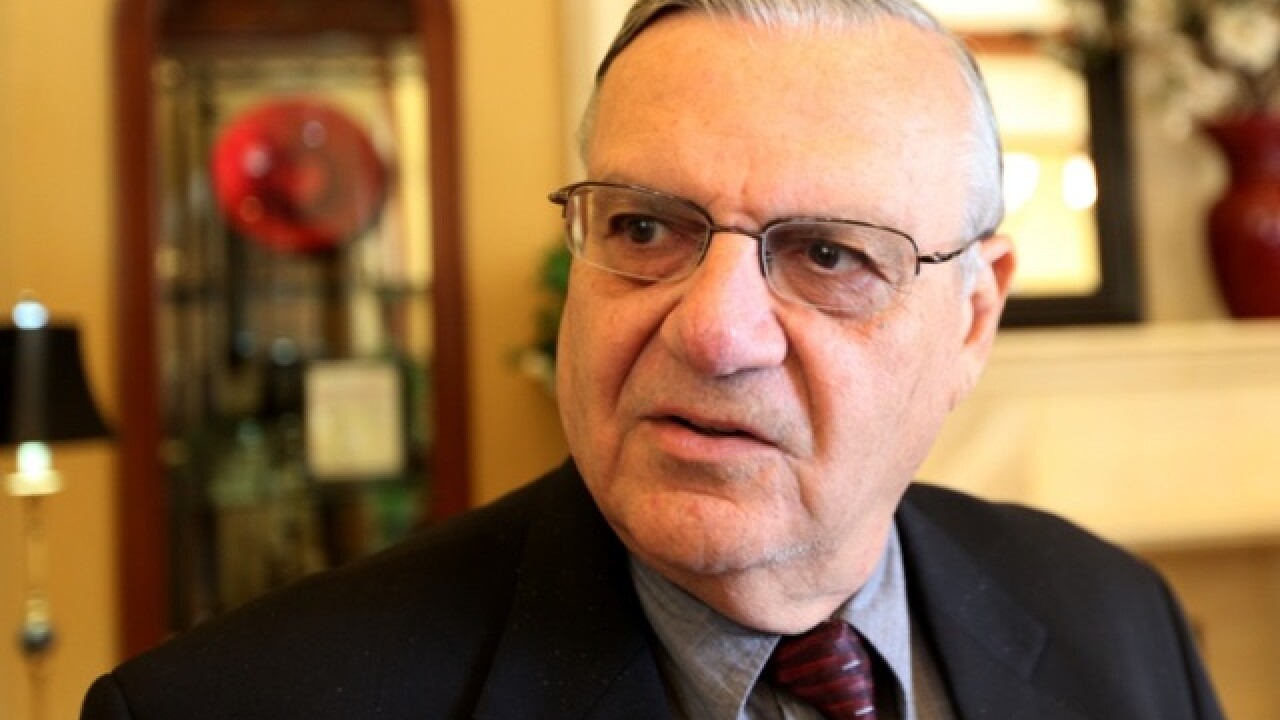 Arpaio tweeted Tuesday morning: "I am running for the U.S. Senate from the Great State of Arizona, for one unwavering reason: to support the agenda and policies of President Donald Trump in his mission to Make America Great Again."

I am running for the U.S. Senate from the Great State of Arizona, for one unwavering reason: to support the agenda and policies of President Donald Trump in his mission to Make America Great Again. https://t.co/ANppBdDOtp

An official website has been set up for his campaign.

His website says: "I know this isn't going to be easy, but I can't in good conscience sit back in retirement knowing that my grandchildren will inherit a country worse off than the America I've spent my entire life defending. I pray to have your continued support today of my campaign."

"I feel like I have something more to offer," said Joe Arpaio, speaking to ABC15. "I am doing it to do something for this country, and Arizona, and the president because I support the president," Arpaio said.

Arpaio was spared a possible jail sentence last year when Trump pardoned his conviction for disobeying a judge's order in an immigration case.

He flirted with the idea of running for Arizona governor five times but decided against doing so each time.

Some critics were quick to respond to Arpaio's announcement.

"Arpaio tarnished the reputation of Arizona," said Carlos Garcia, a community activist from Puente, Arizona. "We became the most anti-immigrant, the most hateful state in the country. He's wasted millions of dollars and hurt thousands of families."

Arpaio says in a fundraising email that he filed paperwork Tuesday for the Senate run.

The Republican Flake has been critical of Trump and announced last year that he would not seek another term.