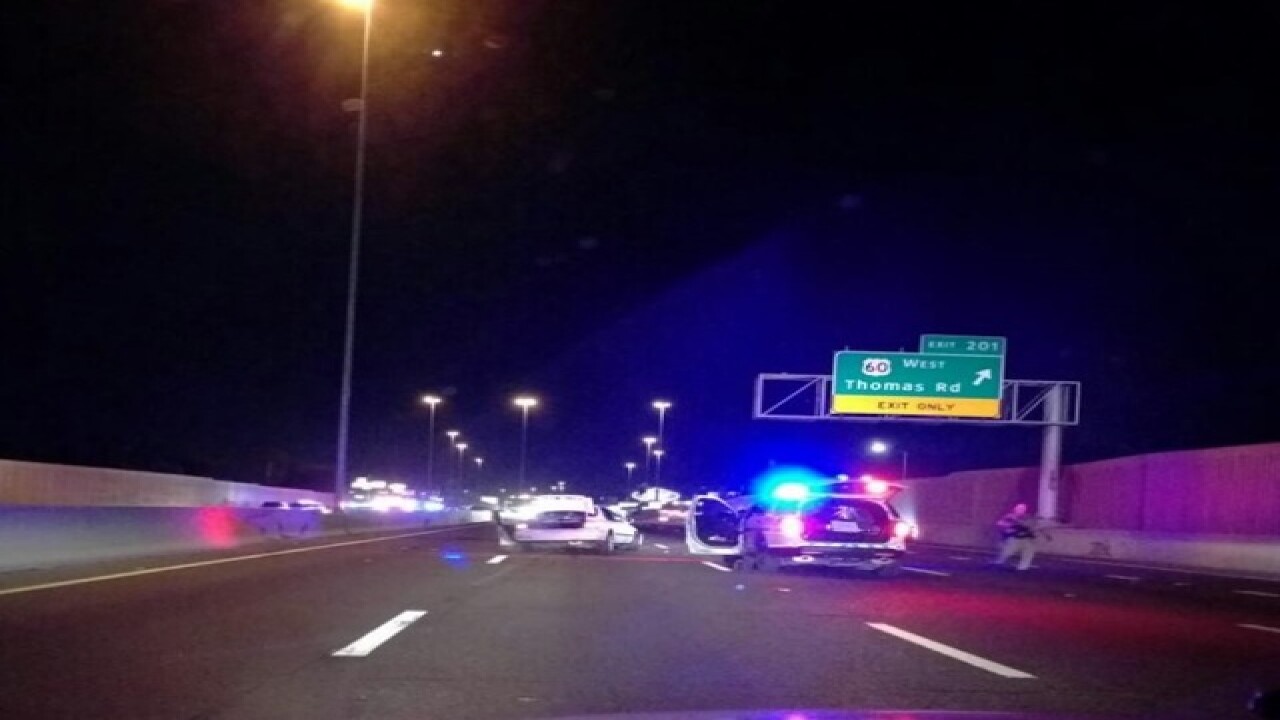 Three men were shot on Interstate 17 in Phoenix on Monday night during an officer-involved shooting on the freeway.

I-17 southbound remains closed Tuesday morning, but northbound reopened as of 5 a.m.

Phoenix Fire officials said they transported three men from the scene with apparent gunshot wounds. Two men were both in serious condition and the third suffered non-life threatening injuries.

The incident happened around 6:30 p.m. in a southbound lane of the freeway.

According to a Phoenix police spokesperson, the first victim was shot by the suspect on the freeway. The alleged shooter got out of his car, ran and exchanged gunfire with two Department of Public Safety troopers.

Troopers shot the suspect who suffered critical injuries. No DPS troopers were injured during the incident.

However, three additional cars were struck by gunfire. A third man was shot but it's unknown whether the DPS troopers or suspect shot him. He is expected to be OK.

JUST IN: DPS confirms Officer Involved Shooting on I-17 and Thomas. No officers injuries. #abc15 pic.twitter.com/JWQqK9oPud