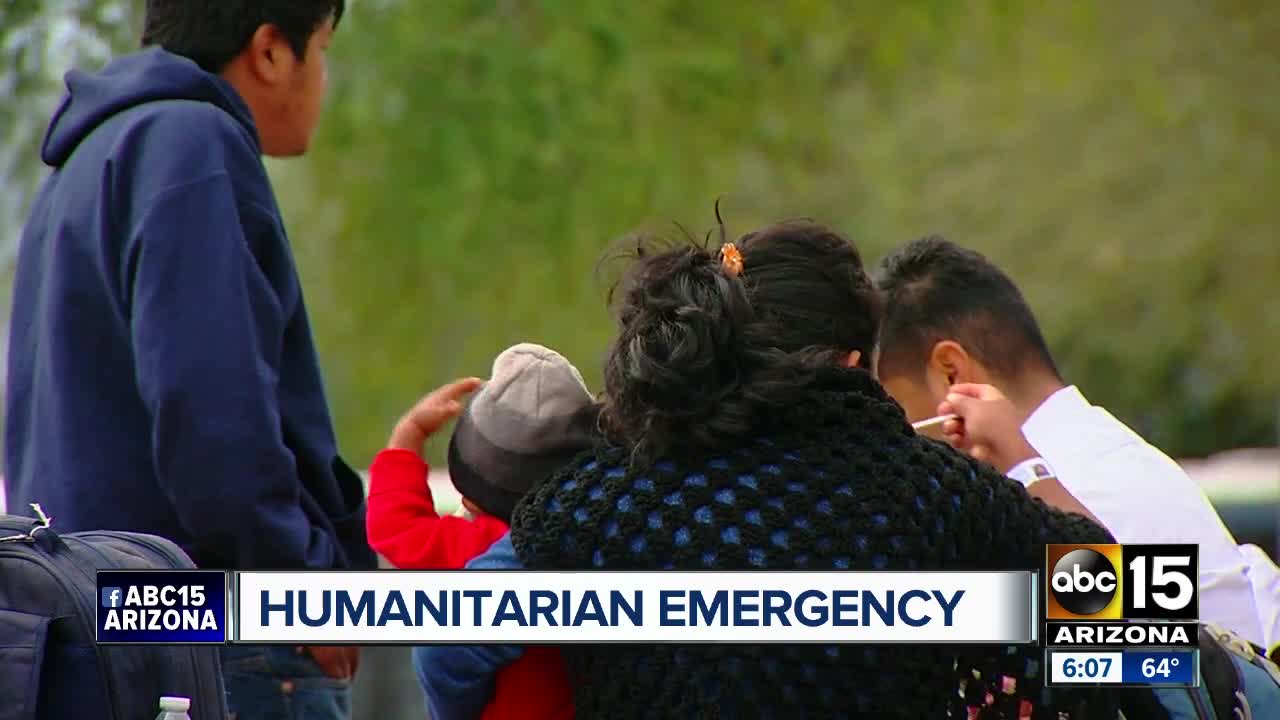 A network of churches that had been taking in those released by Immigration and Customs Enforcement said about 500 immigrants were dropped off at the Greyhound station over the weekend because they were out of room.

PHOENIX — The network of volunteers who assist asylum seekers say they're at a breaking point, barely able to keep up with the volume of refugees released by ICE while their immigration status is considered.

On Friday, ICE dropped off approximately 50 asylum seekers at a bus stop near the Greyhound Terminal on Buckeye Road.

"Until this last week the Last Mile was charged with providing asylum seekers with pre-paid phones to help them get to their destinations safely," Lidia Terrazas of Last Mile Arizona says. "In the last week or so we have put all of that aside because there is a humanitarian emergency right now."

Terrazas says Last Mile's mission changed last weekend, when ICE dropped off an estimated 500 asylum seekers at the Greyhound Station because there were no churches able to accept the immigrants.

Many of the immigrants are indigenous people from Guatemala who don't speak Spanish or English.

"We had absolutely no place to put these people," Terrazas said.

Working nonstop,volunteers were able to find supplies and temporary shelter for everyone.

ICE says it will continue to coordinate with organizations who provide assistance.

Over the last few days Last Mile has called city, state and federal officials seeking help. The hope is Phoenix or Maricopa County can provide temporary housing for the asylum seekers.

At the close of business Friday afternoon, the City of Phoenix reported it had just received a phone call from a Last Mile volunteer asking for assistance.

ICE says it wants to mitigate the strains placed on resources in the local community. But as the high volume of Central American families crossing the border continues, so will the number of asylum seekers entering the country.

That much we know. What is uncertain, is whether the organizations whose efforts are so vital in helping the asylum seekers, can withstand the stresses placed on their efforts.