How does ADOT come up with those creative billboards? 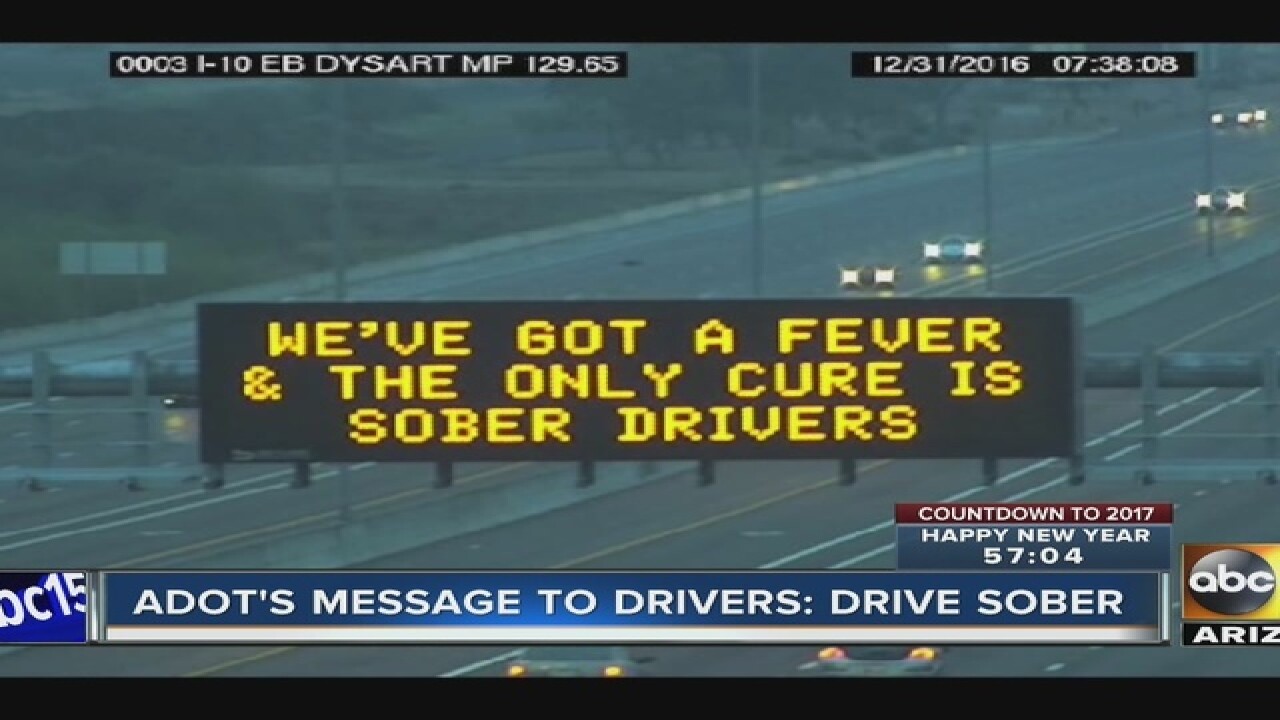 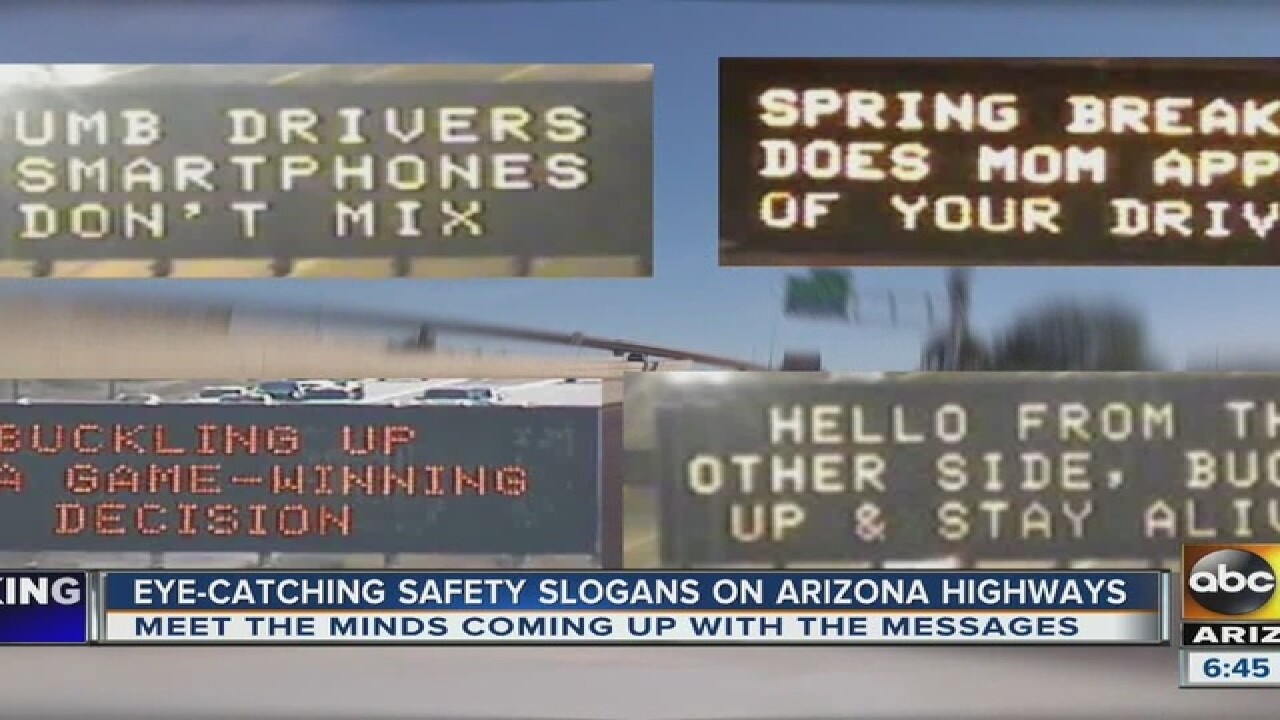 You've probably seen them as you drive down Arizona freeways, electronic billboards with quirky, funny, and eye-catching messages. Reminding you to buckle up, slow down, use your blinker, or find a designated driver if you plan to drink.

Slogans like, "New year, new you, see your blinker”, “Trust the force but always buckle up”, and “Gobble gobble go easy on the throttle.” The messages are seasonal, some tie in with big concerts or games in town, some play up to popular movies just being released, and pop culture trends like Pokémon Go.

Kevin Bieste, the Deputy Director for Policy at the Arizona Department of Transportation got the idea to come up with the unconventional messages while at a national transportation conference. Many states were signing on to the idea. The goal is to get the public more involved and more aware in driving safely.

Bieste brought it back home, and tasked fellow colleagues to help come up with some catchy slogans. He, along with ADOT communications director Timothy Tait, were the men who vetted, approved, tweaked, and put the final stamp of approval before the safety messages lit up the billboards.

"We try to push the envelope a little bit to get people's attention, but we don't want to go too far," said Tait.

ADOT Communications Project Manager Doug Pacey was the man who came up with most of the messages. He said he drew inspiration from colleagues and family. A challenging job, as he had to be concise, yet impactful, and get the message out in less characters than you could fit in a tweet.

The ultimate goal was public safety.

"There are too many people dying on the roads to not take some type of aggressive action to get people thinking about highway safety," said Tait.

The slogans were definitely drawing attention, people talking about them with friends, co-workers, and on social media. The campaign started around Thanksgiving 2015 with the slogan, "Drinking and driving go together like peas and guac". The response they received from across the nation surprised them. After that, a series of slogans related to the new Star Wars movie drew a lot of attention as well.

One of the fan favorites, "Don’t turn your car into a death star. Drive focused."

The most popular one to date was the New Year themed, "New Year new you, use your blinker". It reached 17 million people on social media.

There have been some miss fires. Tait said a safety message about the "move over" law didn't quite have the effect they had hoped.

"We were watching the traffic cameras and noticed that drivers were changing lanes. They were moving over as though they were getting direction," said Tait. They promptly removed that slogan, as that was not the intention of the safety message.

Safety was always a top priority.

ADOT hoped to tap into the "great brains" of Arizona later this year by launching a competition for residents to turn in their own safety slogan ideas. The winning one would light up on the billboard.

The next safety slogan should be up around Super Bowl weekend. ADOT officials declined to reveal the details.

Arizona has 235 electronic billboards. Safety messages are targeted to areas, some of them tailored around events in a particular city, so the whole state would not see every single one of them.