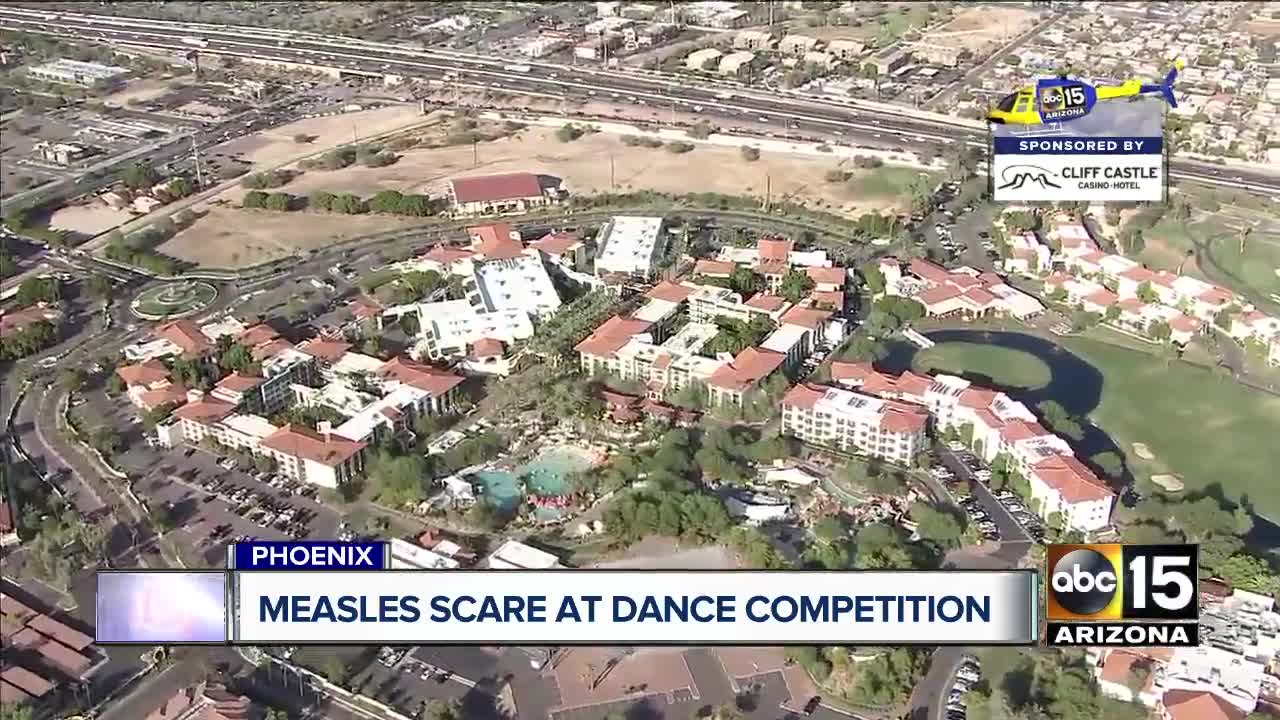 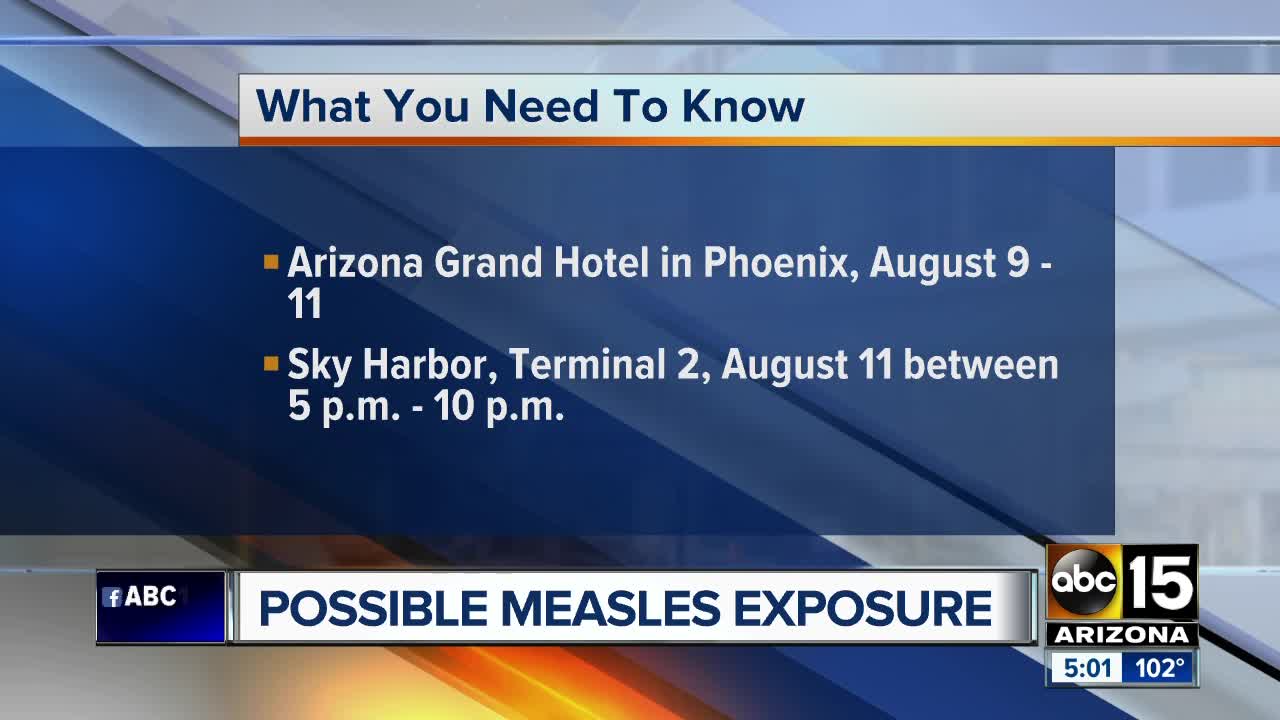 PHOENIX — An international teen girl who came to Phoenix to compete in the World Hip Hop Dance Championships at the Arizona Grand Resort in August was infected with measles and may have exposed others to the disease, the Maricopa County Department of Health and Arizona Department of Health Services said Friday.

Officials released an updated list of locations on Monday that the teen visited while in the Valley, which include a mall and movie theater.

“Public Health is continuing to gather information on locations where this person may have visited during her time in Maricopa County. Measles is highly contagious and can expose individuals up to 2 hours after an infected individual has left the room,” said Dr. Rebecca Sunenshine, medical director for disease control at Maricopa County Public Health, in a statement. “Because of this, it is important that anyone who was in the same place as this person, monitor for measles for 21 days after the exposure.”

In a statement, the World Hip Hop Dance Championship said: "Organizers of the World Hip Hop Dance Championship were notified on the afternoon of Friday, August 23rd that a participant in the championship has come down with the Measles. Organizers of the championship are fully cooperating with the Maricopa County Health Department and are doing everything in their power to ensure the safety and well-being of all participants and spectators of the event. To their knowledge, there have been no other cases in conjunction to the event reported."

Officials ask anyone who was at the locations above during those times to monitor themselves for possible measles symptoms. There is no ongoing risk of measles exposure at any of those locations, according to the state and county health departments.

Those who have not experienced symptoms of the measles by Sept. 2 "are in the clear," Sunenshine said, according to the release.

Measles is considered to be a highly-contagious viral illness. It can be spread through the air -- coughing, sneezing -- and through bodily fluids from the mouth, nose, and throat from the person infected.

Symptoms of measles includes: fever (101 degrees or higher), unexplained rash, red and watery eyes, cough, and runny nose, the department said. Typically, symptoms appear 7-12 days after being exposed, but can take as long as 21 days. The health department said the rash may be red, raised, and blotchy, and typically starts at the hairline and "moves down the body."

People may be protected from the disease if they have had two doses of the MMR (measles, mumps, Rubella) vaccine of if they were previously infected with it, the health department said.

Anyone who was in the same areas at the infected girl and shows signs of measles, should stay home and call his or her doctor. Make sure to let your doctor know that you may have been exposed to measles, the release said.

More information on measles, signs, and symptoms can be found on the Centers for Disease Control and Prevention website.