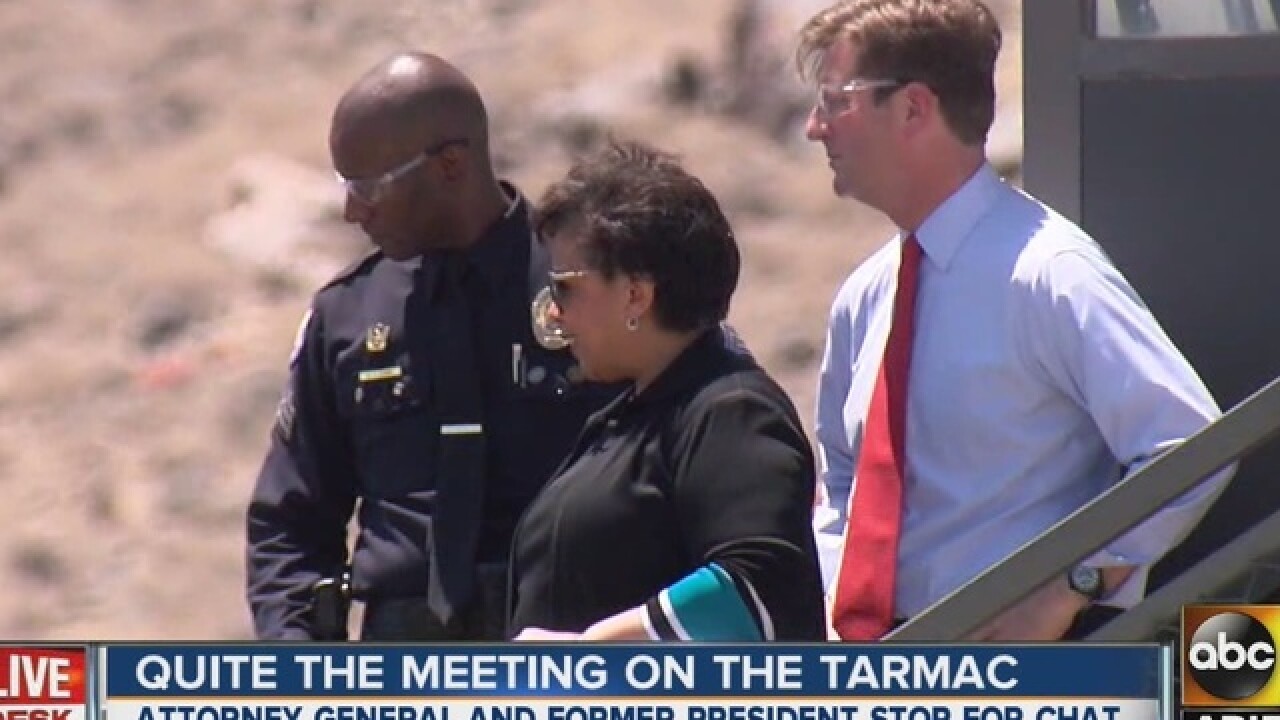 A conservative watchdog group that promotes transparency has filed a new lawsuit against the Department of Justice.

The lawsuit, filed by Judicial Watch, is centered on the secret meeting between Attorney General Loretta Lynch and former President Bill Clinton.

ABC15’s Christopher Sign broke the story of the secret meeting and detailed the incident in several reports in June and July of 2016.

Lynch, US Attorney General at the time, never denied meeting privately on board her plane with the former President.

When asked about the meeting, Lynch told ABC15 they discussed grandkids and golf.

The secret meeting, where Clinton boarded Lynch’s plane, took place amid an on-going federal investigation of Hillary Clinton’s email server and prior to her being interviewed by the FBI.

Judicial Watch announced it is now suing The Department of Justice for all records tied to the tarmac meeting.

According to a news release, Judicial Watch claims the DOJ has failed to respond to the organization’s request for public documents involving the meeting.

The news release, which uses ABC15’s original reporting, details four key points Judicial Watch wants released from the Department of Justice. It goes on to add the group has requested the Justice Inspector General investigate the tarmac meeting.

Stay with ABC15 and abc15.com for further developments.