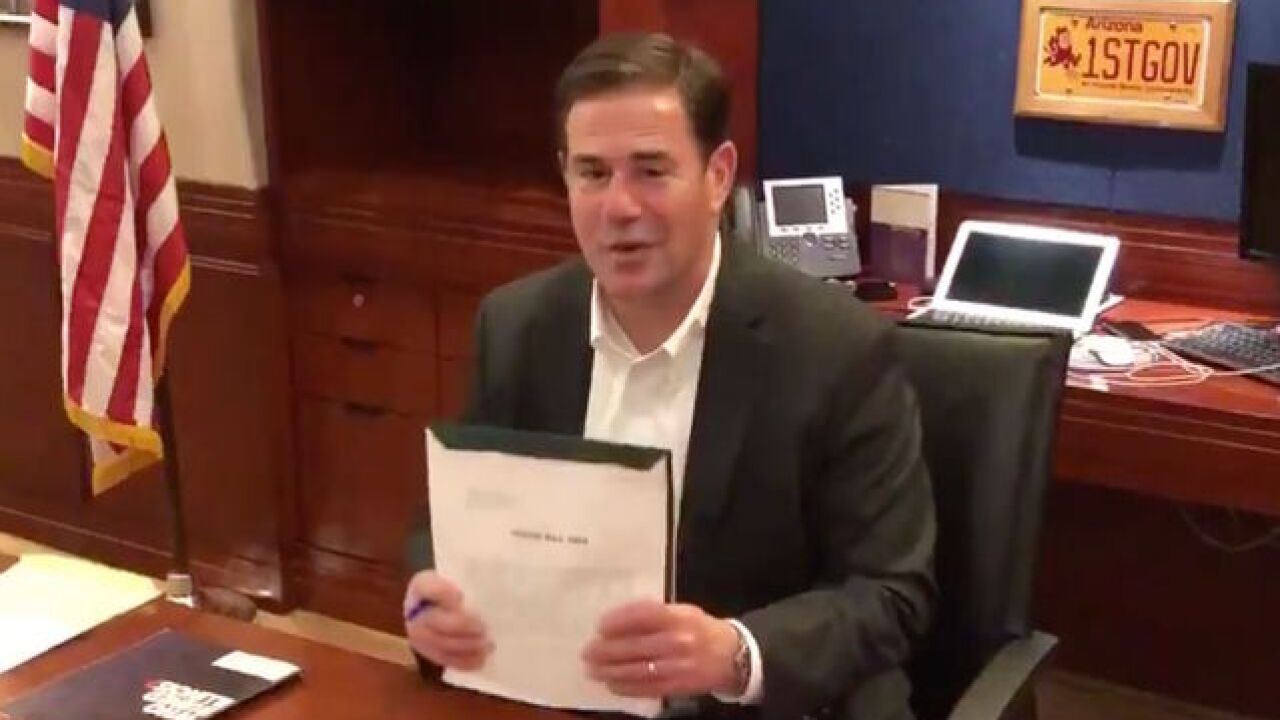 "PASSED! This is a big win for Arizona students, teachers and for public education."

Governor Doug Ducey tweeted that message before 6 a.m. on Thursday after Arizona Senate and House leaders pulled an all-nighter to discuss the approval of a state budget plan impacting Arizona teachers.

As a result, Arizona Educators United tweeted Thursday that the walkout has ended.

The education budget has been passed and signed. AEU is herby calling an end to the Walkout.

RELATED: What is included in Arizona education bill?

Freeing up the money for the added school funding required cuts and maneuvers across several parts of the budgets, including raids on special funds like one that helps clean up pollution from leaking underground gasoline storage tanks. But much of the added cash comes from an unexpected boost in revenue that appeared in the first quarter of the year because the economy has finally heated up. As of March 31, the state had brought in more than $330 million more than expected in tax revenue.

Gov. Ducey also said on Twitter Thursday morning: "This raise is earned, and it is deserved. Everyone can name the teachers who made a positive impact on their lives. For me, it was Mr. Zammit, Mr. Wagner, Doc Demar, Professor Olney, Sister Patrice. Teaching is more than a job -- it’s a noble public service! #20x2020". He then urged others to share the names of teachers that made an impact on their lives.

"Democrats absolutely support a 20 percent raise for our educators," said House Democratic Leader Rebecca Rios. "However, without a new, dedicated and sustainable revenue source, this proposal for a pay increase for educators will not be sustainable through 2021. We need to face the truth. Arizona cannot make up the billion dollars we've cut from our schools with the revenue stream we have now. We cannot continue to pass tax cut after tax cut, loophole after loophole, when our schools are in such need."

"Republicans and Gov. Ducey wrote a check this morning that we very likely can't cover beyond one year," said Rep. Randy Friese. "Our schools are going to need additional revenue that the legislature can't take away. Our own economic experts predict only a $2 million cushion by 2021, which means if the predictions are off even by a little bit -- if there's any economic slowdown no matter how small -- our budget would be thrown wildly out of balance and the pay raises for educators would be jeopardized."

Many school districts around the Valley and state planned for teachers to return to class on Thursday, expecting the plan to pass on Wednesday. However, many districts decided to stay closed Thursday as the plan had not been approved Wednesday night.