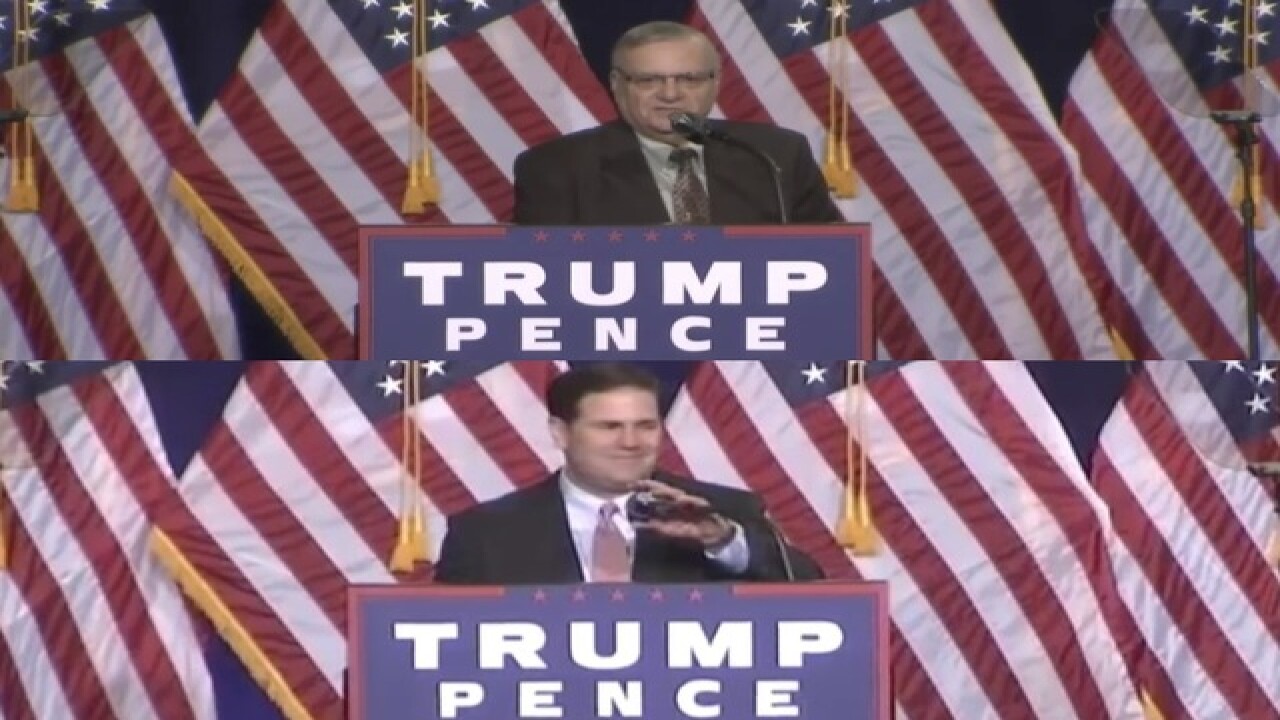 Two Arizona political staples won't be in attendance at President Donald Trump's rally in Phoenix on Tuesday, as of now.

Arizona Governor Doug Ducey will not be attending. Ducey's office told ABC15 the governor would meet President Trump when he arrives at Phoenix Sky Harbor Airport on Tuesday afternoon but will not appear at the rally.

Daniel Scarpinato, a spokesperson for Gov. Ducey, said the governor would be working with law enforcement during the rally to make sure it is a safe event.

Arpaio told ABC15 he had not been invited to Trump's rally as of Monday at 6 p.m. and said it was up to Trump's campaign whether he would be in attendance.

Arpaio has attended previous Trump rallies held in the Valley.

Many have been left wondering if Trump would pardon Arpaio at Tuesday's rally, as he had previously stated he was "seriously considering" pardoning the former Maricopa County sheriff.

Arpaio told ABC15 he "would appreciate" the president's pardon, but hadn't asked him to do so, but certainly wouldn't turn it down.

Watch videos below of both Ducey and Arpaio addressing the same crowd of Trump supporters at a Trump rally in Phoenix back in August 2016.