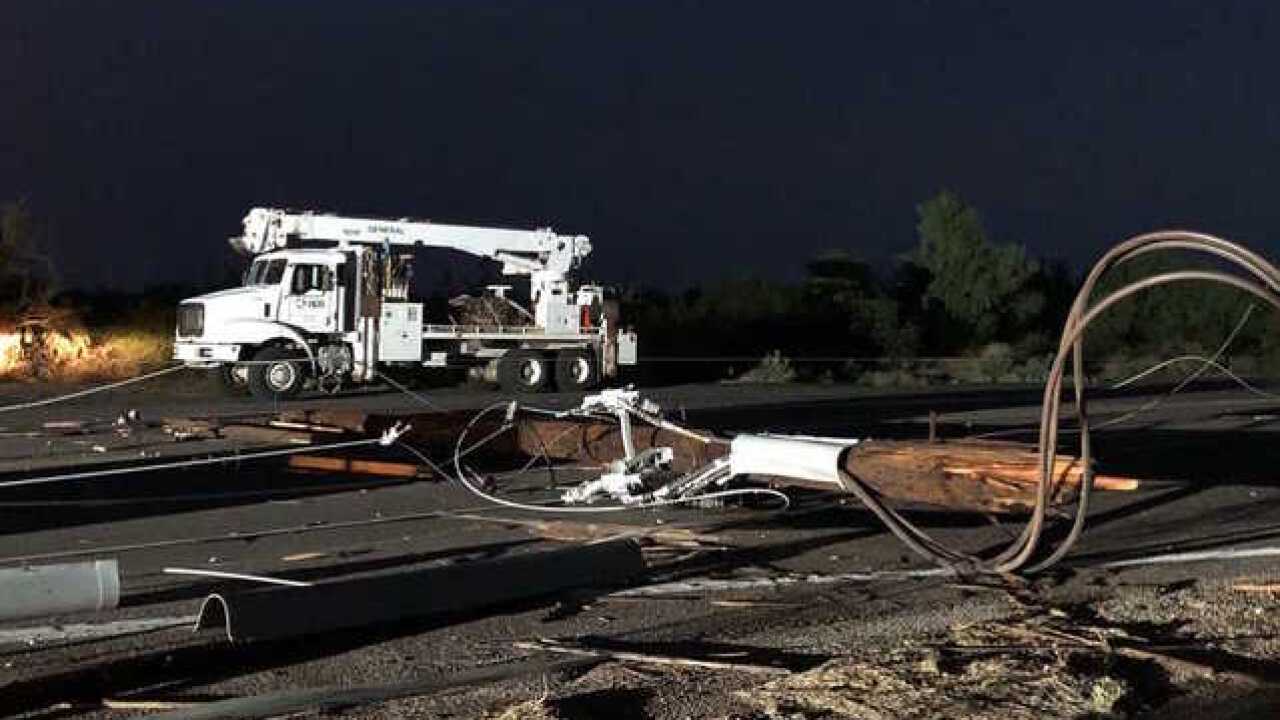 Copyright 2018 Scripps Media, Inc. All rights reserved. This material may not be published, broadcast, rewritten, or redistributed.
Jason Bacon/ABC15 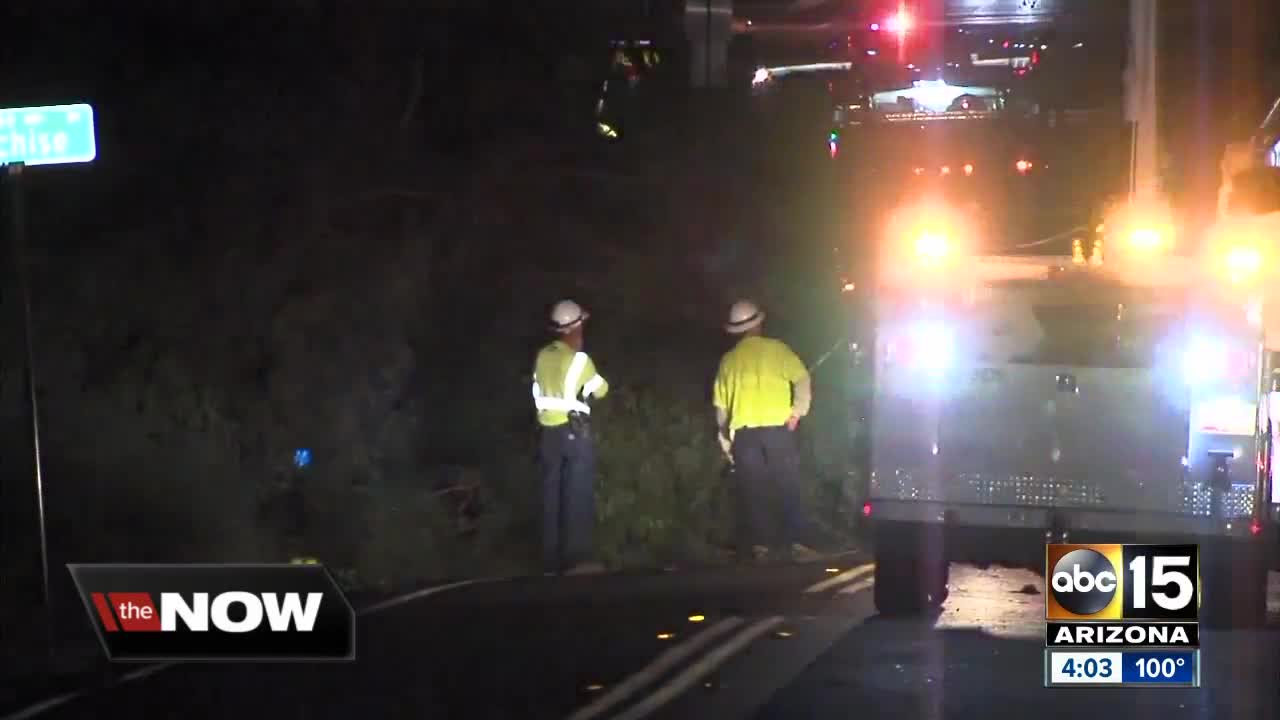 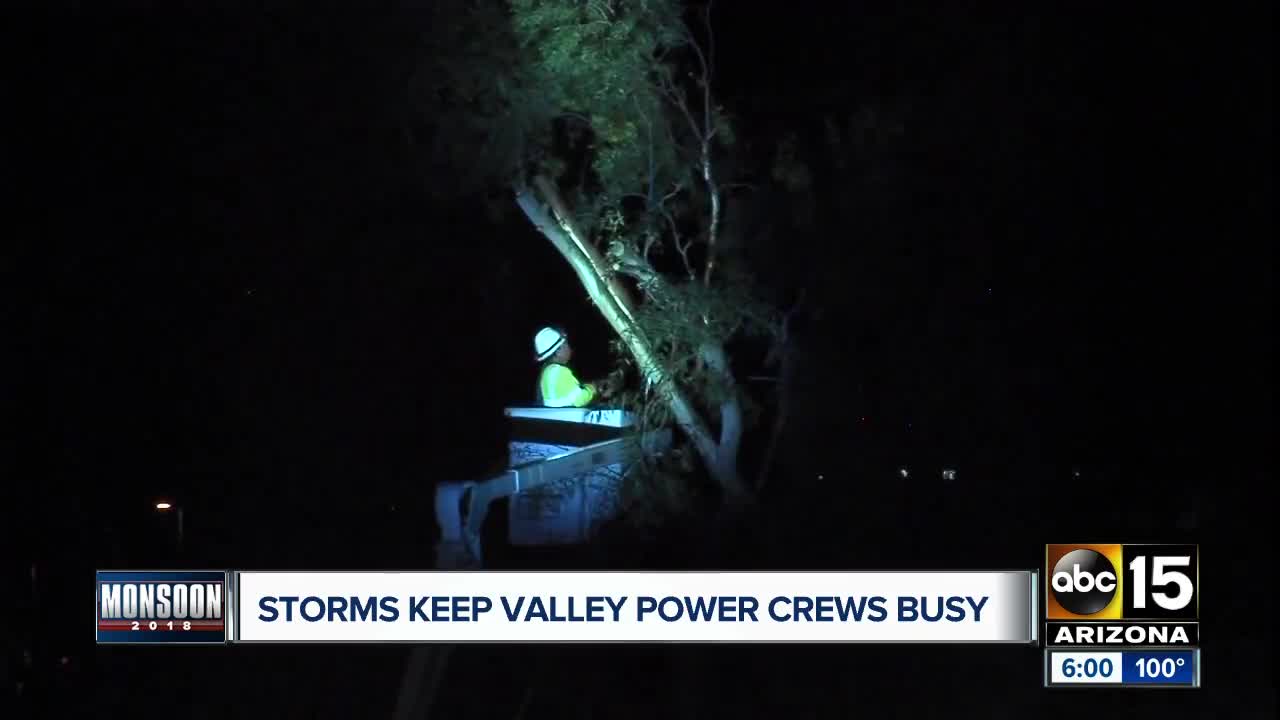 The damage has kept power companies like APS extremely busy.

"The amount of storms and how close they have come together has been shocking even for us," said Annie DeGraw, a spokesperson for APS. She says destruction like this hasn't been seen since 2014.

APS crews have been working around the clock, running 15-hour shifts to help fix, replace, and restore power to thousands of customers in these scorching hot temperatures.

"Most of the folks that are going out there have been doing this a long time. They know what it's like to work in extreme Arizona weather. They make sure to stay hydrated. Most importantly they make sure their other team members are staying hydrated," said DeGraw.

Crews go through a safety briefing when arriving at each job site to make sure they know when to take breaks and to continue drinking water regularly throughout the day. DeGraw says these workers take pride in working in the heat because they understand how important the work is but it does take a toll.

"They're exhausted. The guys that have been out and fighting these storms since June -- they've been working non-stop," she said. Despite the immense amount of work this season, APS says it's not in crisis mode yet.

"Come summer it's really when we're all gears-a-go. Not only do we have extra manpower but we have extra resources from across the state," said DeGraw. APS has already called for backup from less hit areas like Casa Grande and Yuma to help out in the Phoenix metro area, which only continues to get pounded with these storms.

If they need to dig in to extra help, APS can rely on crews through outside contractors and other resources are available through a mutual assistance program should things become catastrophic.

We have a really, really good operations team able to make sure we have resources out at the appropriate time," DeGraw said. Part of their success in tackling all these problems is their ability to triage and prioritize knowing to send resources to those most vulnerable areas first -- like hospitals -- and working their way down their list to restore power to everyone.

To put it into perspective on how much work they have cut out for them: 230 power poles were knocked down in just two days of storms last month and it can take a four-man crew half of a day to fix just one pole.

APS has a 24 hour, 7 days a week forestry service that goes out and trims trees that pose a threat to power lines. If you notice a tree that needs to be trimmed or just doesn't look right you can call APS and they can get a crew out there to take a look.