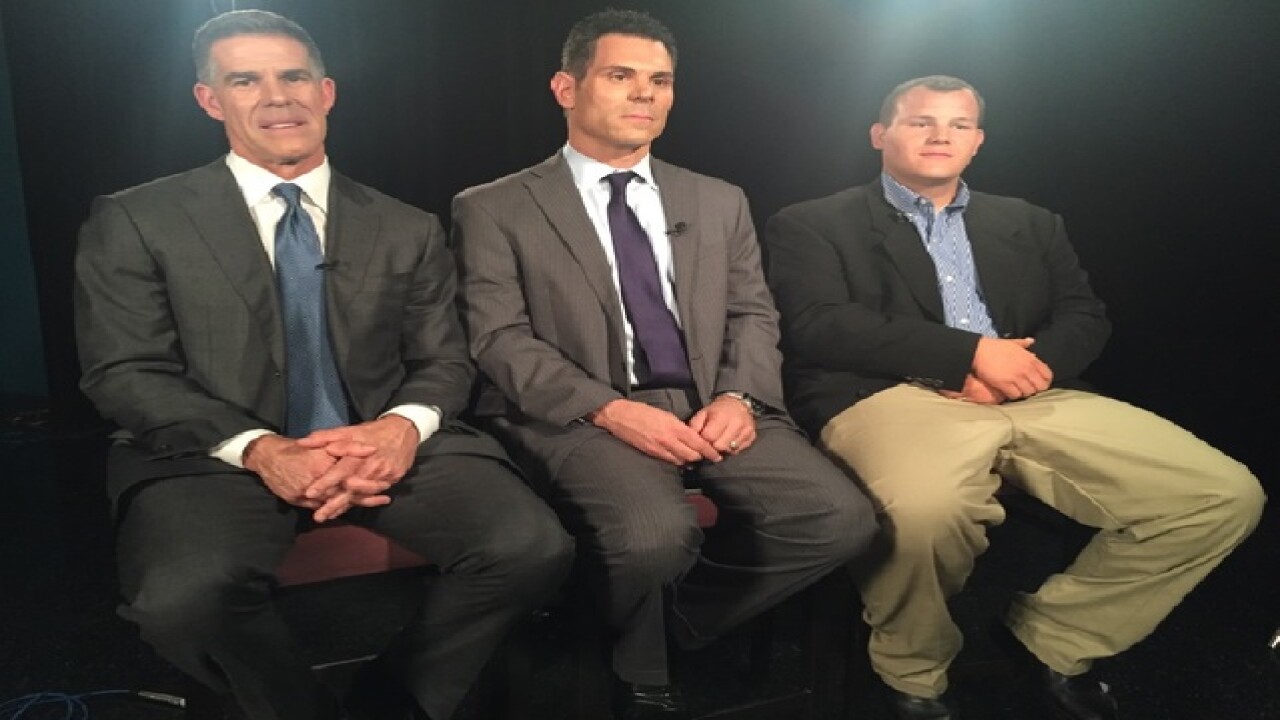 The Valley man at the center of the Phoenix freeway shooting investigation tells ABC15 he's a scapegoat.

During an exclusive sit-down interview with no bounds, Leslie Merritt Jr. said he is completely innocent.

"I didn't do this, they've had the wrong guy the whole time, they have no further reason to investigate me," said Merritt.

The Valley sat on edge for two months in late 2015 over concerns about a potential serial shooter.

The freeway shooting investigation centered on 11 shootings in the Phoenix area, and on September 18, Merritt Jr. was taken into custody and hailed as the man pulling the trigger.

Merritt became the face of the months-long investigation after Gov. Doug Ducey announced his arrest on Twttter.

Merritt was thrown in jail, and told he could face prison for the rest of his life. Seven months later, Merritt walked out of Lower Buckeye Jail a free man. There wasn't enough evidence to keep him behind bars.

SWAT team members first swarmed Merritt at a West Valley Walmart when he was arrested. Merritt told us he was at the store to buy baby formula and diapers.

"They put me in the patrol car and sat in there easily an hour in the parking lot," said Merritt. "Then we get there (DPS station) and I sit in a holding cell for two to three hours, then they start my interrogation."

While detectives questioned Merritt, they also grilled his fiancé, who was still holding their 5-month-old child.

"What's really troubling to me is they tried to use his fiancé and child against him," said Merrit Attorney Ulises Ferragut. "That is just painful."

Merritt and his fiancé maintained their innocence during those interrogations, even as investigators threatened them both with fake video evidence of Merritt actually firing his gun on Interstate 10.

He requested to watch the video, but was never shown anything. He then claimed he asked for a polygraph test to prove his innocence, but was denied that option too.

"I knew I had no involvement, I didn't do it, so I figured I would answer a few questions and go home," said Merritt. "I kept thinking they were going to come in and say they messed up, go home and that never happened."

"The way we see it, he was low hanging fruit," said Merritt's other attorney, Jason Lamm. "He was suspect of convenience, it was an opportunity for government officials to call the public."

"WOW, WHAT A TRAGEDY"

No one ever came in to say they made a mistake and Merritt spent 222 days in solitary confinement.

Merritt said he was taken to jail with a SWAT escort and told it was for his own security.

At that point, even his attorneys said they thought Merritt was the freeway shooter.

"Just like any other person watching TV, I'm thinking they got the guy," said Ferragut. "As I reflect back, I'm thinking wow, what a tragedy."

But an independent expert hired by the prosecutors later rebuked the link and helped free Merritt.

Midway through the investigation, DPS officials also changed their timeline of events in the shooting investigation.

"To describe it in one word, the investigation done by DPS is shameful," said Ferragut .

MERRITT OUT OF JAIL

After starting with a $1 million bond, Merritt walked out of Lower Buckeye Jail in April 2015.

But clearly everything is not back to normal. Even just walking into his home seemed new.

"It was weird because all of the space, there's doorknobs, I didn't know what to do," said Merritt. "I just sat still for a second, with all this space. Where am I going to go, what am I going to do?"

Merritt said he "freaked out" when he got out of jail and had panic attacks.

"It was overwhelming, I am elated that I am home but I could see the pain my son was having," said Merritt. "He wouldn't let go of me, he didn't want me to go away."

Merritt also said his own daughter did not even recognize him when he got home.

"I couldn't touch her, she wouldn't let me pick her up," he said. "It broke my heart, made me mad, my kids should not have to deal with this stress."

Several days after he was released from jail, Merritt said he took his children out to eat. He was approached by several people, some supported him, but there were some that attacked him, even calling him a terrorist in front of his children.

"I have had people call me scum of the earth," he said.

Prosecutors and DPS officials both maintain that the case remains open and under investigation.

Merritt is also still the main suspect in the DPS investigation.

DPS Director Frank Milstead even said, "I believe we have enough evidence to develop probable cause to believe that (Merritt) is the correct suspect.”

All of the charges have been dropped against Merritt, but that does not mean DPS can't file charges again.

Merritt said he avoids any police contact right now, because he is scared he could get thrown into jail at any time.

He believes if DPS made up evidence to throw him in jail for seven months, they could do it again.

Ferragut has the same belief.

"I hope they understand the pain, the emotional damage, that been done to Leslie and his children," he said. "I would just ask they (DPS) not continue to seek charges simply to save face."

Count on ABC15 to continue following the latest developments in the freeway shootings case.

You can also follow and catch up on previous stories here.