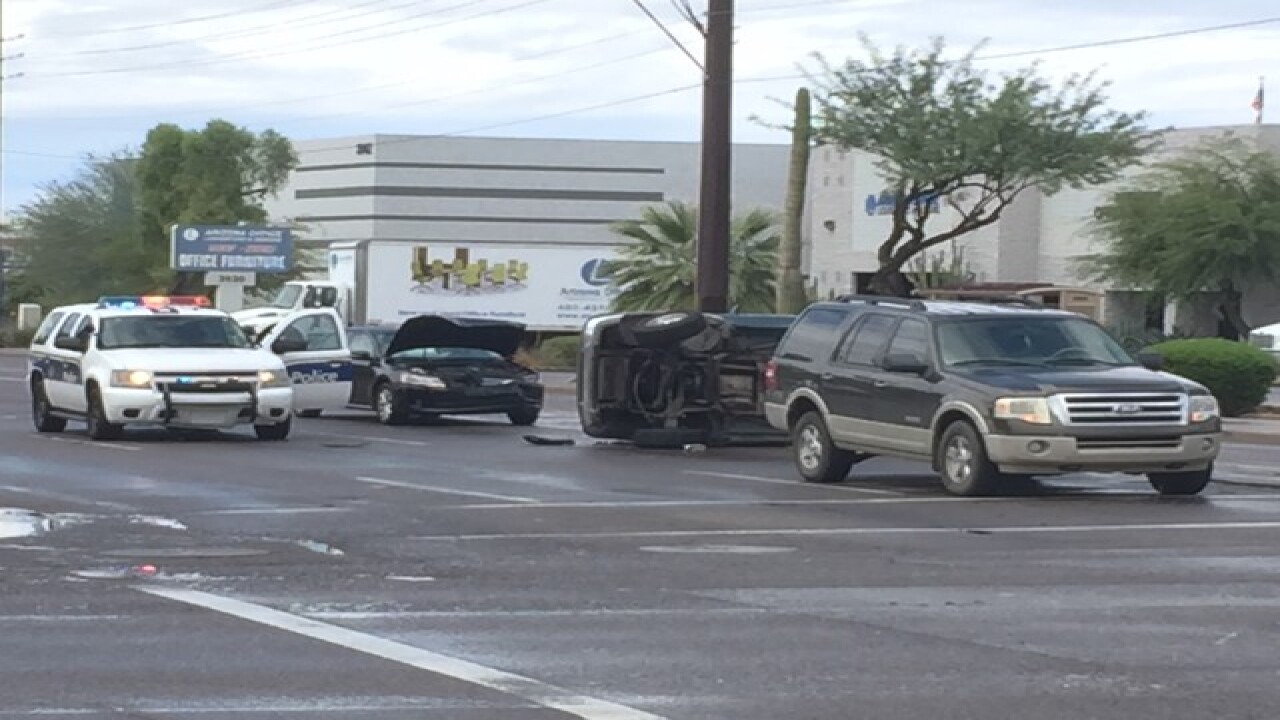 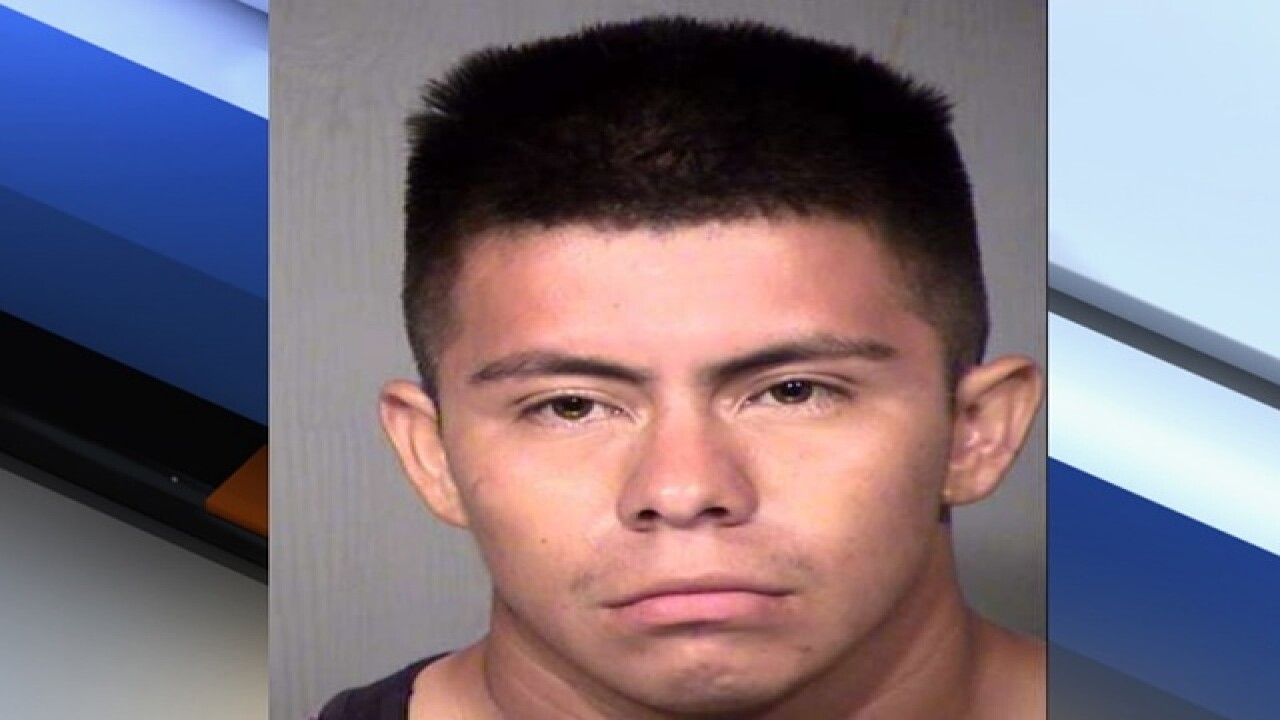 A child is dead after a car accident in Phoenix on Sunday afternoon.

Police say the crash happened around 10:30 a.m. Sunday at the intersection of 40th Street and Broadway Road.

According to police, 19-year-old German Godinez-Godinez was behind the wheel of a red Dodge truck when he ran a red light and struck a pickup truck carrying several children.

The pickup truck was carrying two adults and one child in the cab that was not in a child seat. Three more children were riding in the bed of the truck at the time of the crash.

Police say passengers riding in the bed of a truck is legal, but a 2-year-old not in a child safety seat is not legal.

Six-year-old Tyrik Jenkins, who was riding in the bed of the pickup, died of his injuries in the hospital. Three additional children and one adult were transported in serious condition.

The driver of the Dodge pickup has admitted to police that he was high and drunk at the time of the crash.

Police say, this blue truck is responsible for crash at 40th St & Broadway. Driver admitted to being impaired - running the light. #abc15 pic.twitter.com/cPf93aioG2

Godinez-Godinez is charged with DUI and manslaughter in connection with the incident.