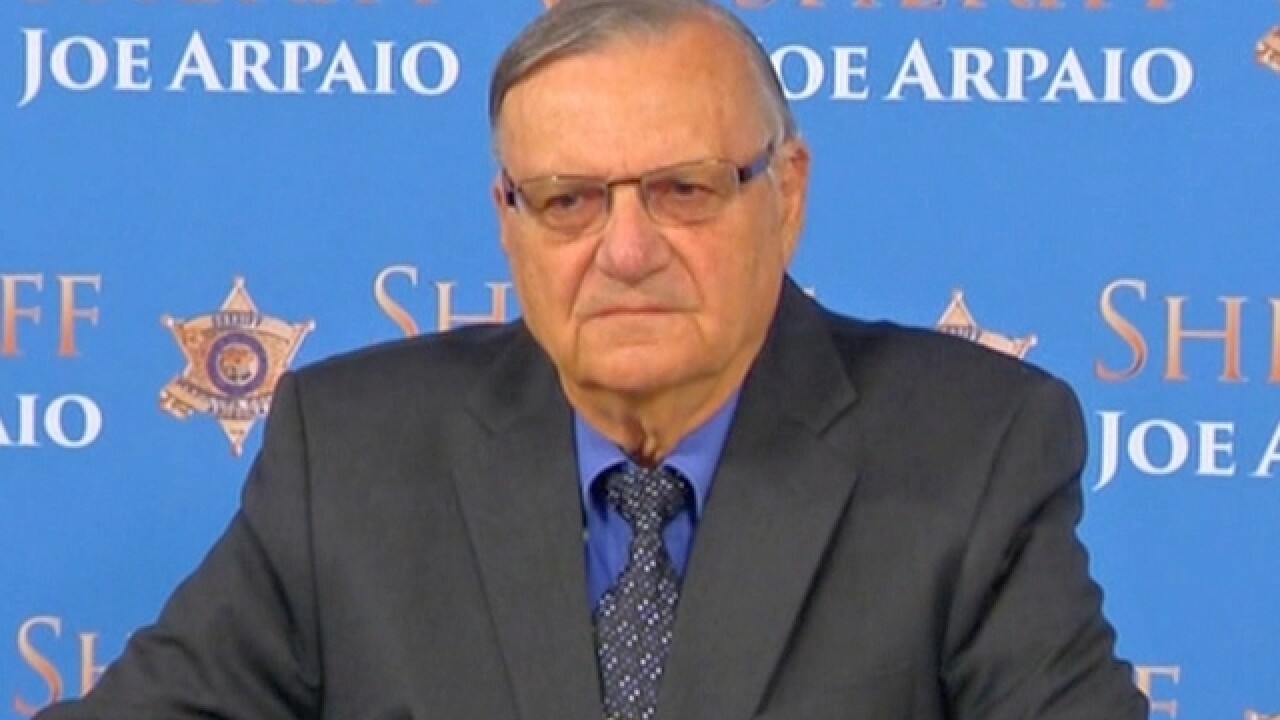 Arpaio often seemed taken aback during the interview that aired Sunday and was recorded last October. Baron Cohen portrayed a Finnish TV host who channeled some of his questions through a toy named "D'Lish Donut."

His campaign said Arpaio couldn't fully understand what Baron Cohen was saying, but that the campaign wasn't upset about it.

The Arizona Republican previously said he suspected something was amiss when Baron Cohen started using sexually explicit expressions, though he resisted the urge to leave.

The 86-year-old retired lawman joins defeated Senate candidate Roy Moore and other politicians who were pranked in the new Showtime series.