Flu hitting Arizona more than usual this season, despite attention on coronavirus 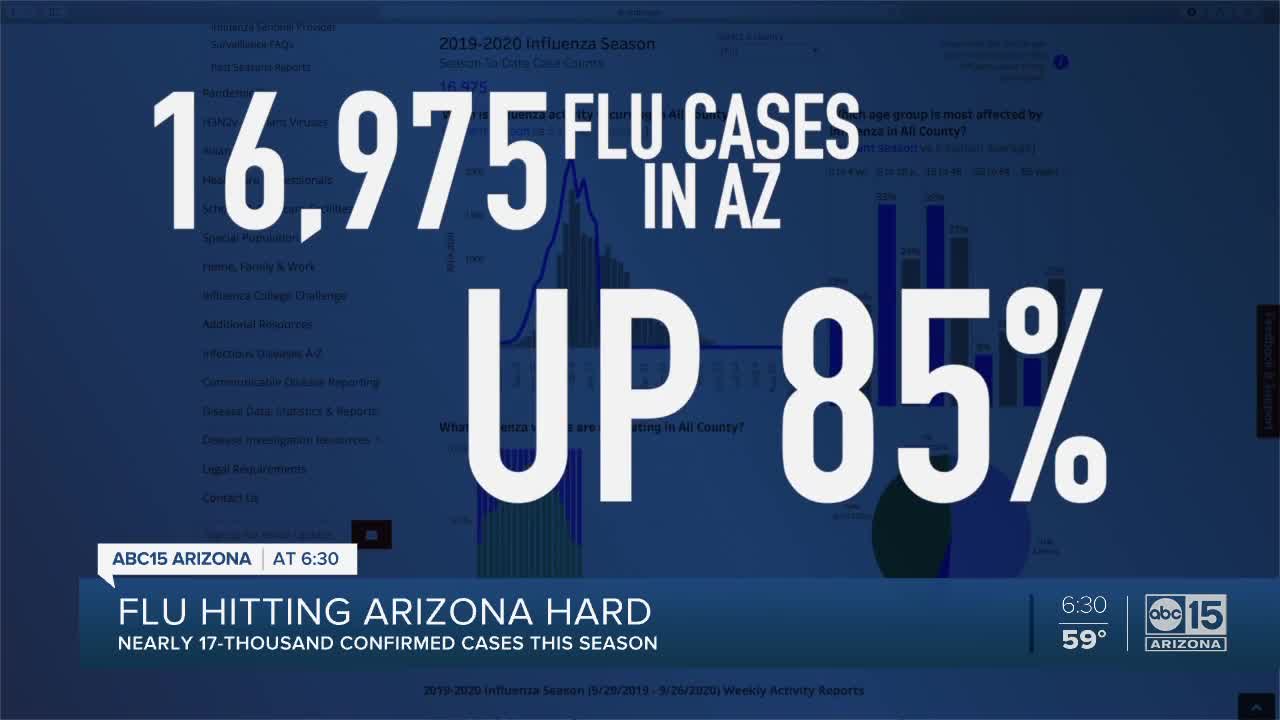 The flu is hitting Arizona hard this season, despite all of the focus being on the coronavirus.

PHOENIX — The flu is hitting Arizona hard this season.

According to the Arizona Department of Health Services, this flu season has seen nearly 17,000 cases. That is an 85 percent increase over this time a year ago.

"We've seen a lot more influenza B circulating in the community this season compared to past seasons," said Jessica Rigler, the Assistant Director for Public Health preparedness with the Arizona Department of Health Services. "It's been a long time since influenza B has been predominant in the community, so it's very likely people didn't have a good immunity to that strain."

"Oh, it's terrifying, absolutely," said Caitlin McDermott about when her daughter spiked a 103-degree fever.

McDermott says her daughter tested positive for the flu.

"She just kept saying my leg hurts, my arm hurts and you know it's just body aches and they're just feeling miserable," McDermott said.

McDermott said her daughter had received a flu shot.

Numbers show in Arizona, the flu is impacting those under the age of 50 more this year.

"The flu shot is the very best way to protect yourself against the flu but it's not 100 percent effective," Rigler said. "The good news is if you've had your shot and you still end up with the flu you're less likely to be severely ill and your symptom duration is shorter."

McDermott told ABC15 her daughter is back to good health.