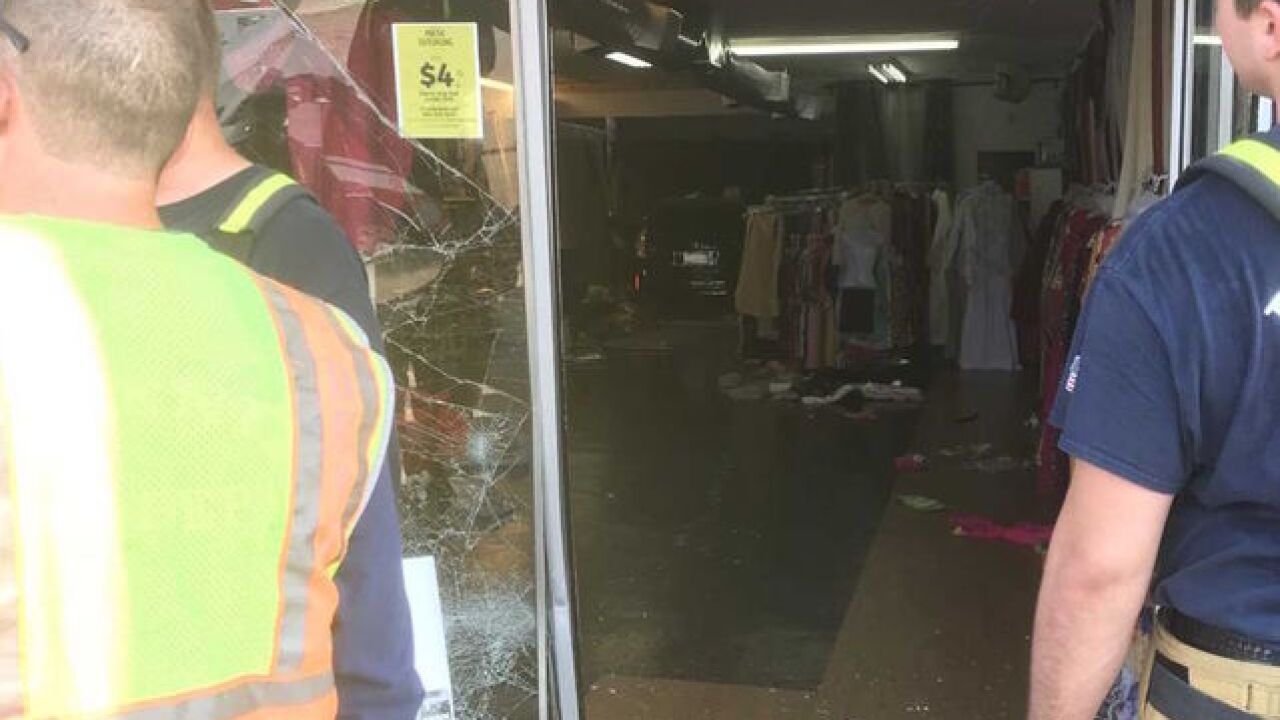 Copyright 2018 Scripps Media, Inc. All rights reserved. This material may not be published, broadcast, rewritten, or redistributed.
Phoenix Fire Department 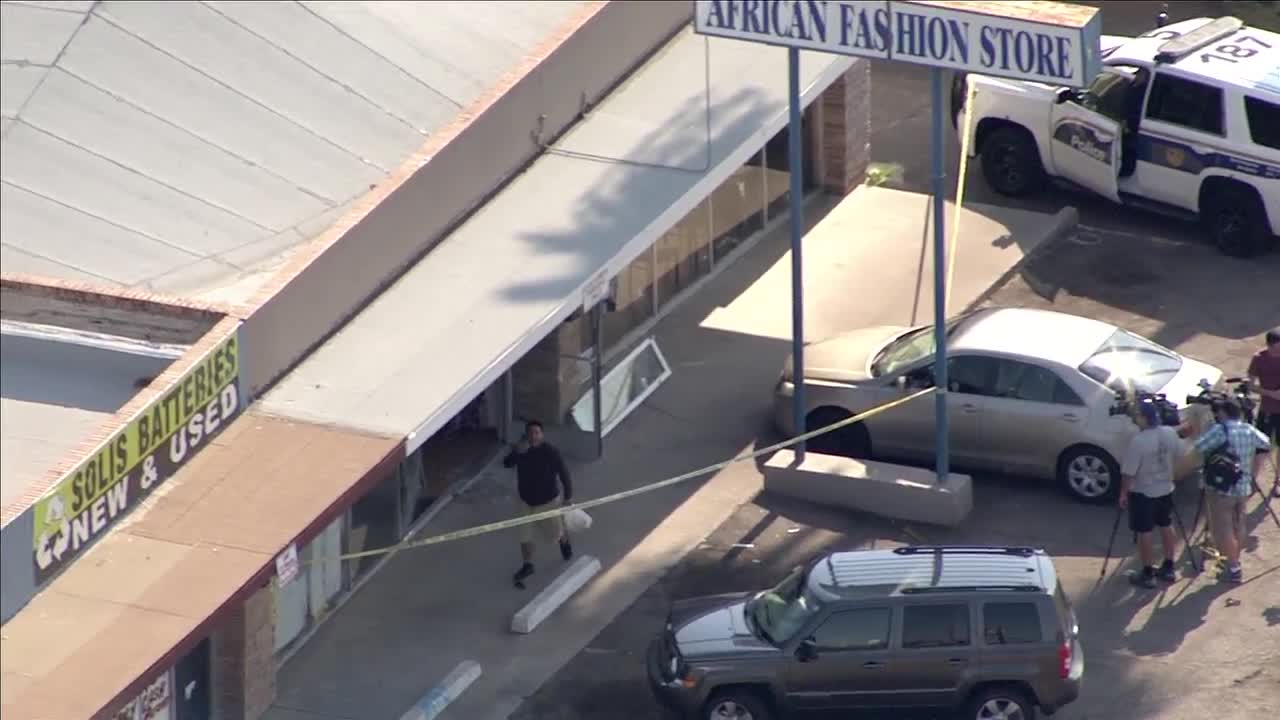 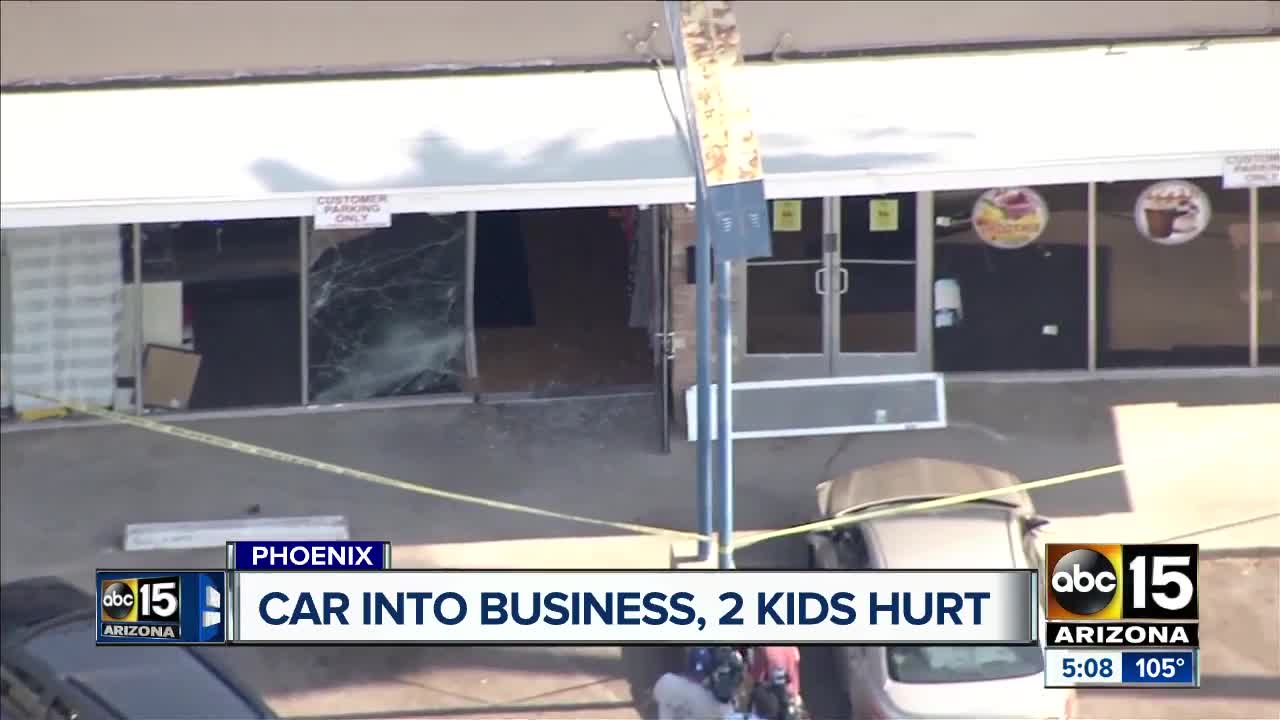 Authorities are investigating after a vehicle crashed into a Phoenix business Tuesday afternoon.

According to the Phoenix Fire Department, the vehicle drove through a storefront in a strip mall near 32nd Street and McDowell. Pictures from firefighters showed the front of the business to be glass windows and the vehicle stopped deep into the store.

Two children, a four-year-old and a five-year-old, were inside the store and taken to the hospital. Firefighters did not immediately know if their injuries were caused by the vehicle or flying debris.

A Phoenix police spokesman Sgt. Armando Carbajal said two vehicles crashed on McDowell Road, causing one to drive through the parking lot and into the business.