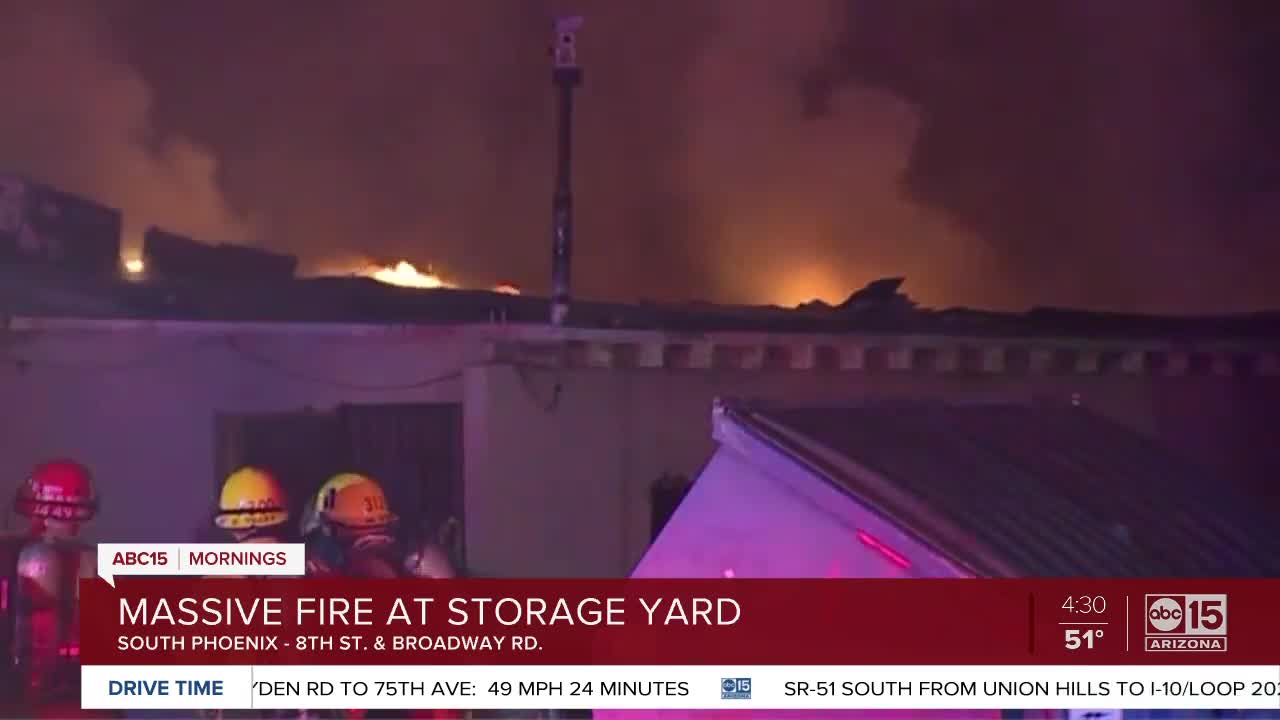 A large fire broke out at a Phoenix storage yard overnight.

PHOENIX — Investigators are trying to determine the cause of a large fire that broke out at a Phoenix storage yard overnight.

Crews were called to the two-alarm fire near 8th Street and Broadway Road around 1 a.m. Friday. At the scene, firefighters located a mixed-use storage lot with several buildings, vehicles, cars, boats and RVs.

Phoenix fire crews worked through heavy smoke and fire before they were able to fully extinguish the large blaze.

Fortunately, no injuries were reported.

The cause of the fire has not been determined.