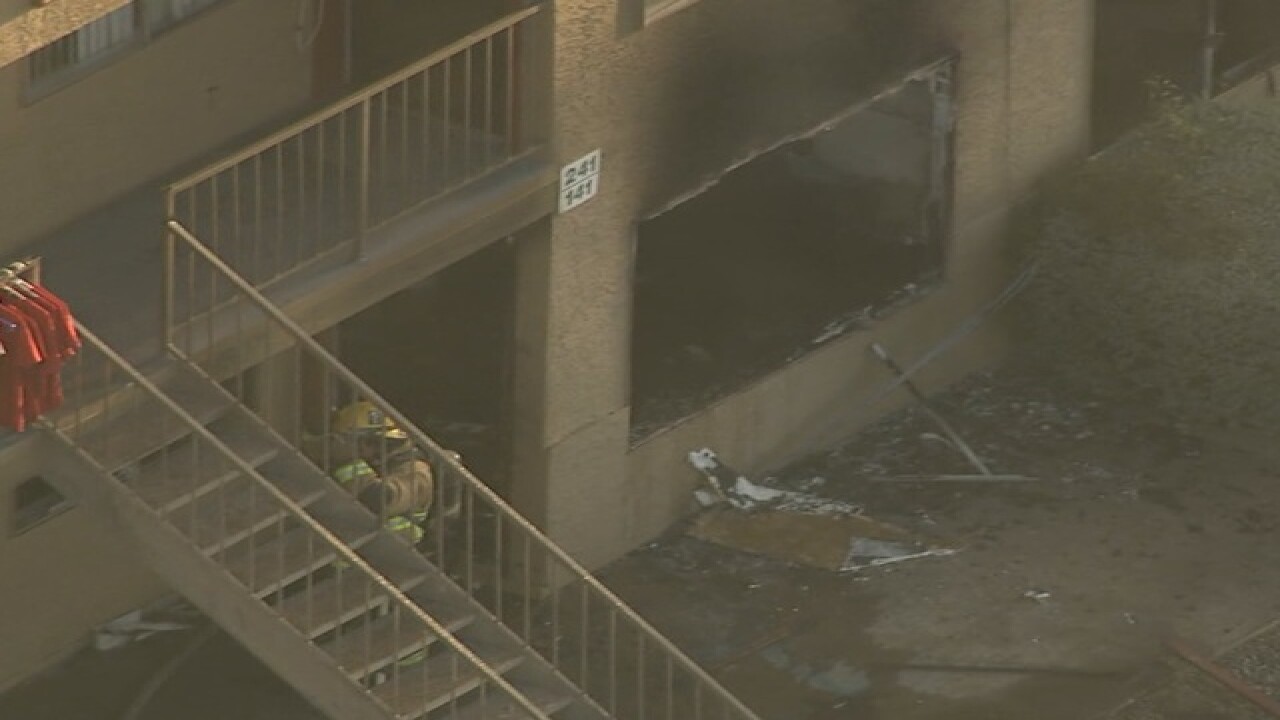 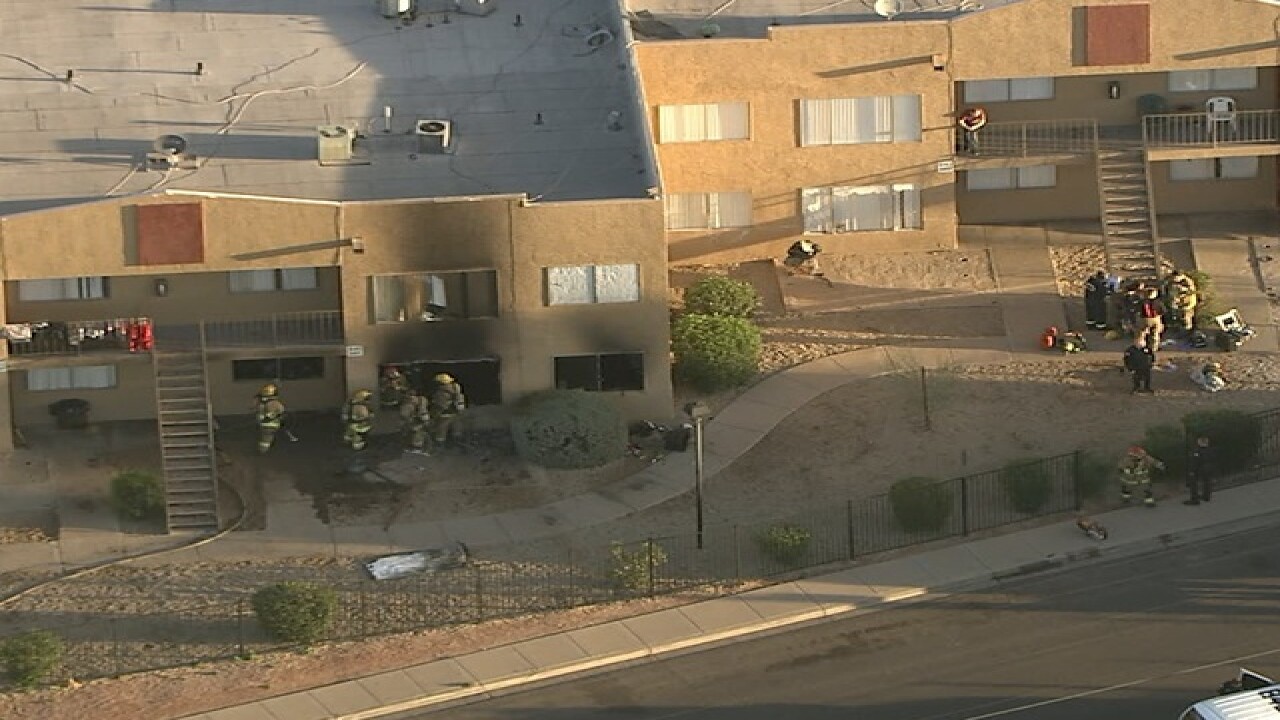 Phoenix Fire officials say a mom and two kids were burned in a fire at an apartment complex on Wednesday.

According to fire officials, the fire broke out around 7 a.m. near Roeser Road and Central Avenue.

Officials say three people were taken to the hospital, including two children.

A 2-year-old girl was reportedly pulled from the burning apartment with burns to 80 percent of her body. She is in extremely critical condition.

A 5-year-old boy is in serious, but stable condition. The victim suffered smoke inhalation and cuts.

Their 24-year-old mother was taken to the hospital in serious condition with burns to 40 percent of her body.

Phoenix Fire Captain Reda Bigler the flames were visible in the unit once firefighters arrived at the scene.

"We break off and search floor to ceiling as much as we can," Bigler said. "Because you have no visibility when you're in there."

"You want to be, you know, a hero," Velasquez said. "You want to go in there yourself and try to help the kids out."

Velasquez said he was sleeping when the fire sparked in the unit below his own.

"I woke up, seen the flames out through the blinds,  looked out and there was fire going up," Velasquez said. "And I just ran outside."

The cause of the fire has not yet been determined.