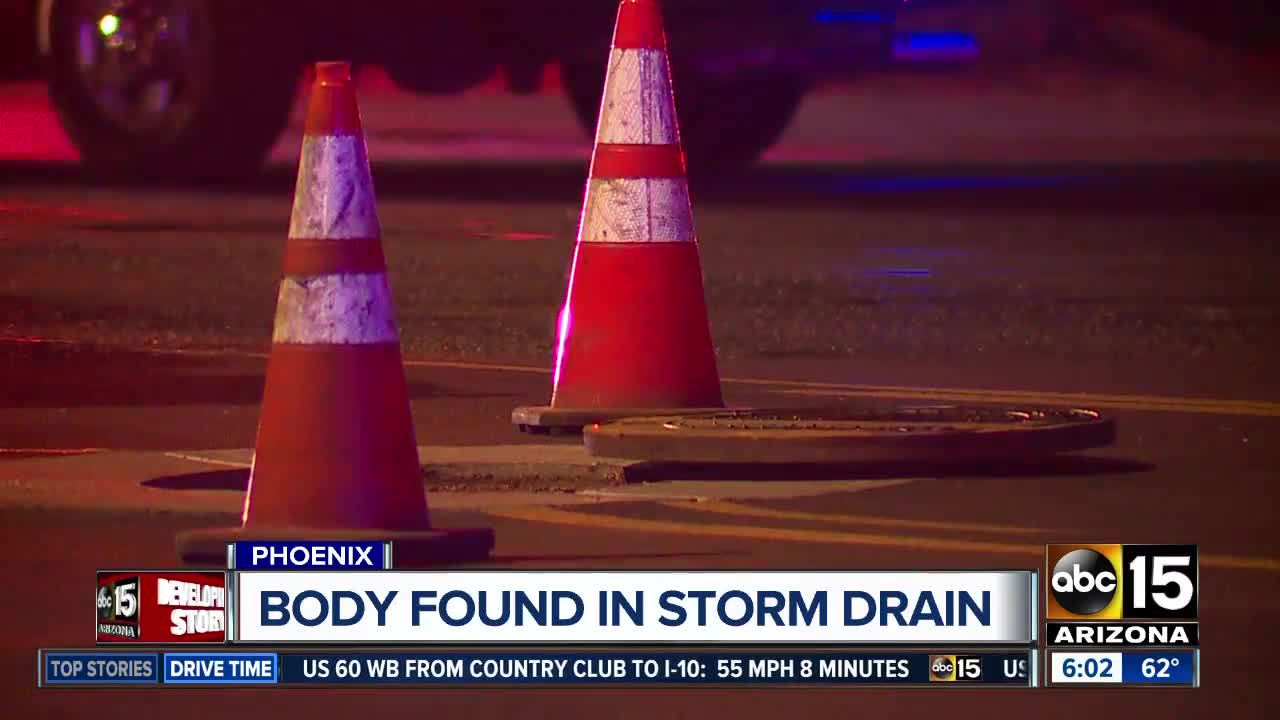 A body was recovered from a storm drain overnight near 7th Avenue and Utopia. Officials say the body was in a state of decomposition when it was found. 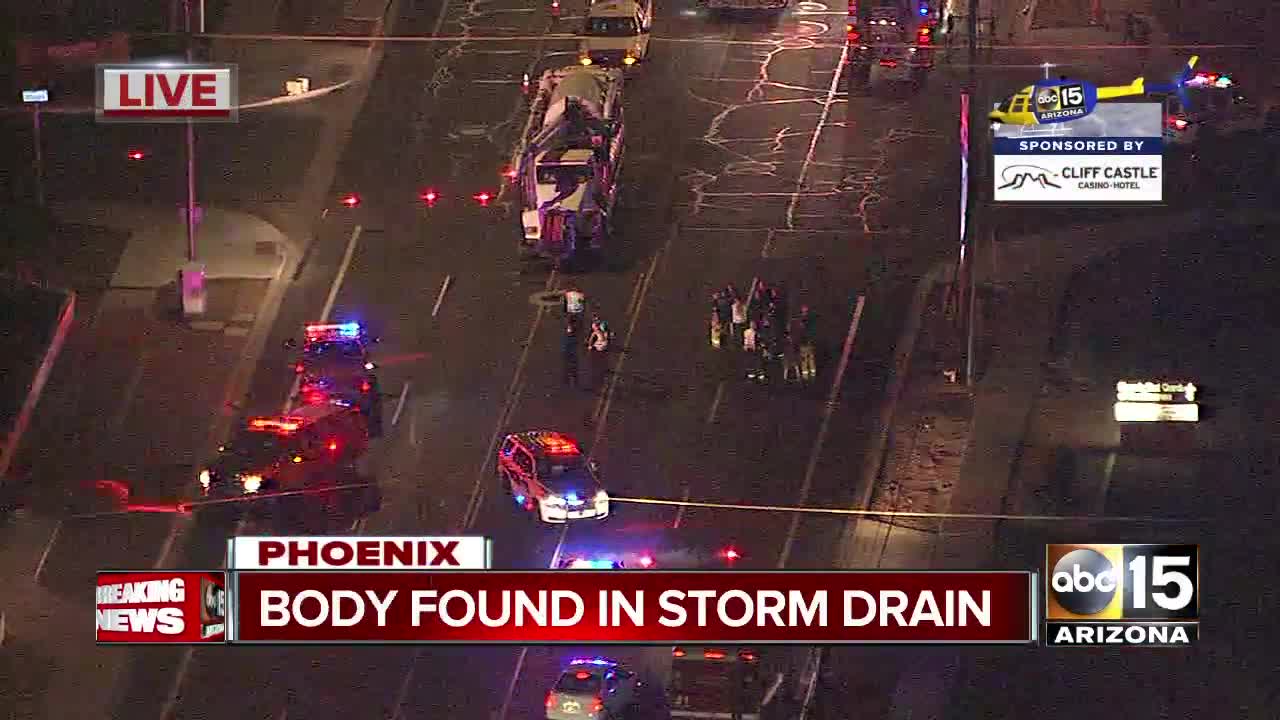 PHOENIX — Authorities are working to identify a body found in a storm drain in Phoenix Monday night.

Rescue crews were called to the scene near 7th Avenue and Utopia just before 10 p.m.

Phoenix firefighters were on scene assisting in the body recovery, according to Phoenix Fire Captain Rob McDade.

No foul play is suspected, according to officials, but the body was "in a state of decomposition."

Officials have not yet identified the body that was recovered.