FD: 11-month-old girl dies after being found in a toilet 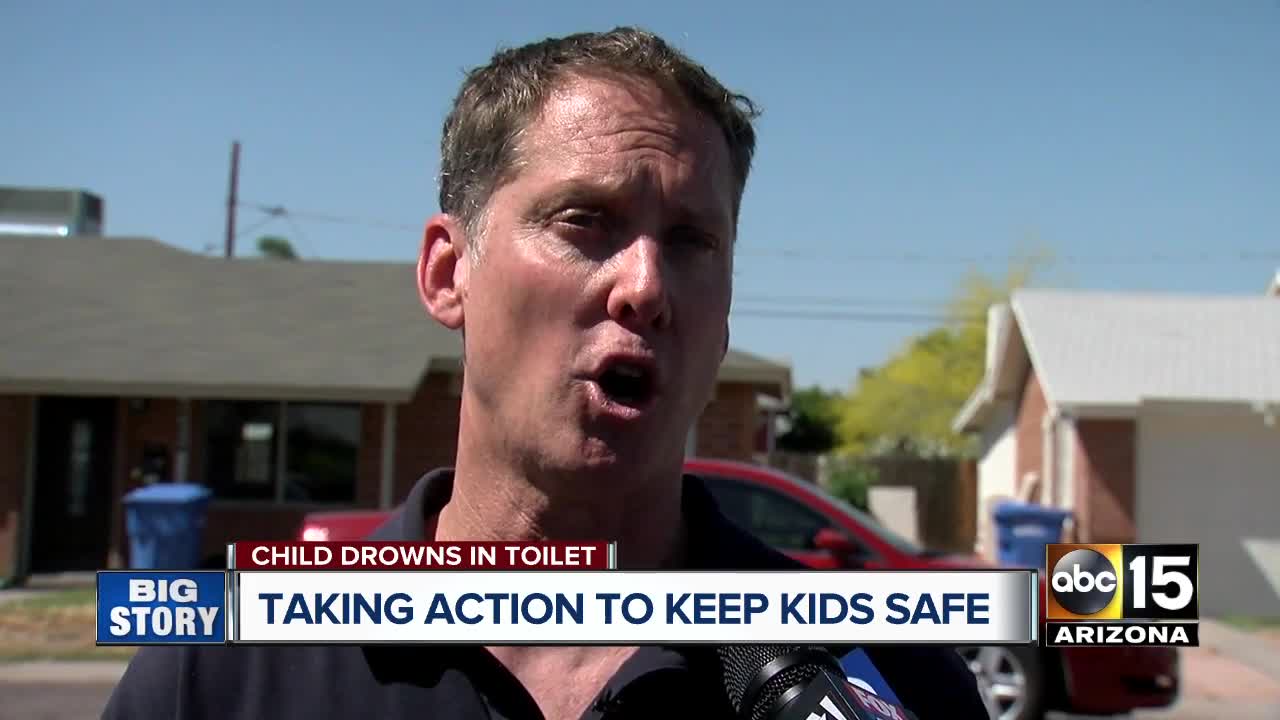 Baby transported to hospital where she later died. 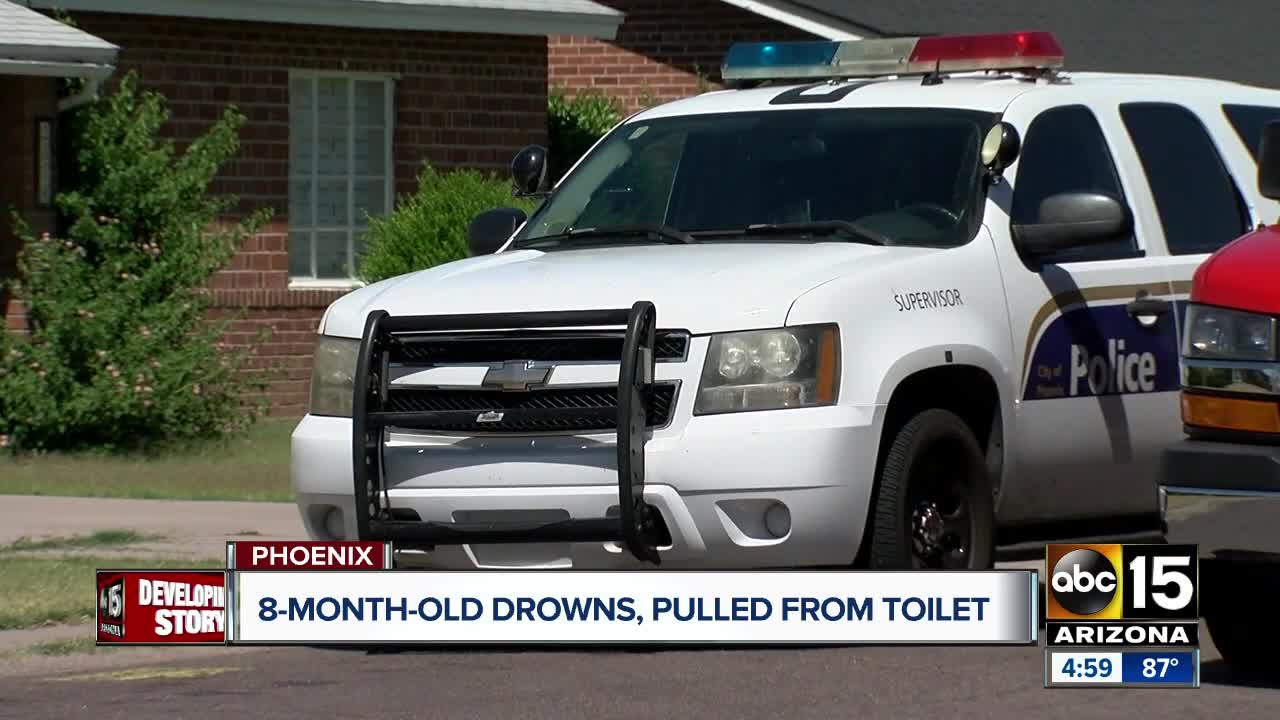 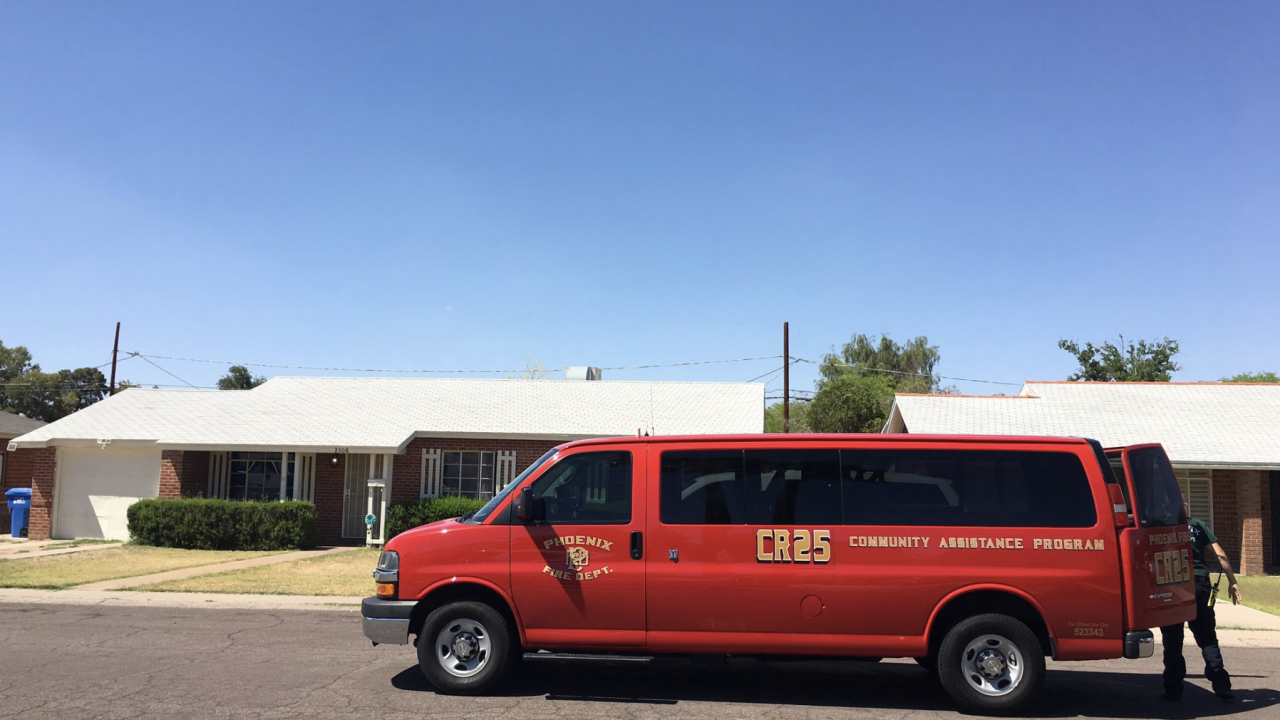 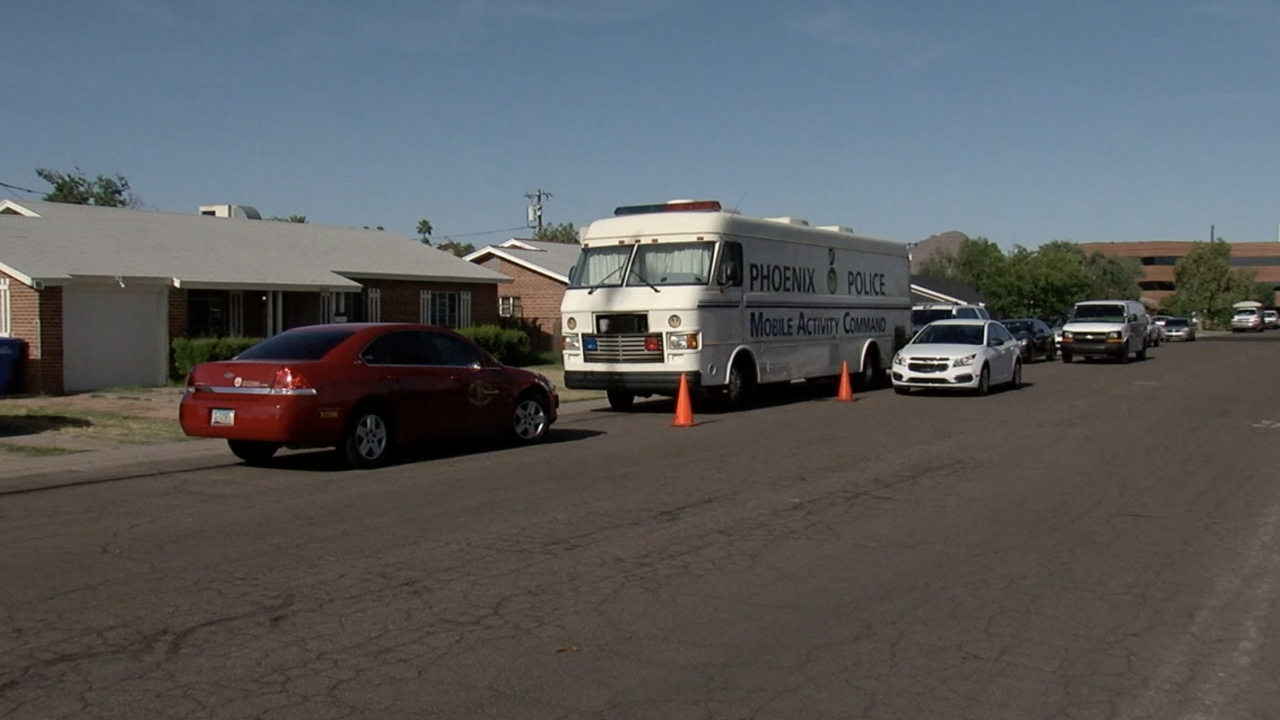 PHOENIX — An 11-month-old girl has died after she was found face down in a toilet Wednesday afternoon, according to the Phoenix Fire Department.

Firefighters responded to the home near 24th Street and Indian School Road around 1:30 p.m.

The girl was taken to Phoenix Children's hospital in "extremely critical condition," but did not survive. She was apparently found by a family member.

Phoenix fire says the infant was being watched by her 16-year-old sister. A three-year-old boy was also in the home at the time.

“At some point during the day that [teen] lost track of that child, found her in the toilet and was not breathing when she pulled her out of it,” said Captain Rob McDade, with the Phoenix Fire Department.

Phoenix Fire says it appears to be a horrible accident. The teenager was apparently hysterical as paramedics arrived.

“It’s going to be a long tough road,” said Capt. McDade. “The crisis team is...going to be with this family as long as they need us to be. This was hard on the first responders, but obviously, it’s hardest on the family.”

“I’m sure the sister feels guilty, but accidents happen. That’s just terrible that she didn’t make it,” said Ondrea Barber, a neighbor who lives nearby.

In the Valley, children drowning is far too common. Most of the time it happens in a backyard pool, but Wednesday’s tragedy is a reminder of the importance of vigilance.

“There are so many hazards in the home. Always be aware of what is out there,” said Colin Williams, a spokesman with the Arizona Red Cross.

The Red Cross offers babysitting classes around the Valley and online. Williams says parents should always make sure a babysitter is trained on how to perform CPR, call 911, and spot potential dangers around the home, like bodies of water.

“When you have teenagers watching younger children, of any age, there’s a lot of responsibility that comes with that. We should not take it too lightly,” said Williams.

It is unknown how long the baby was out of her older sister's sight. That will be part of the investigation.

Regardless, lives have been forever changed, and a baby's life ended before she could ever turn one.

“My heart goes out to them, I’m sure it’s going to be a very difficult time,” said Barber.

The child in this story was originally reported as being an eight-month-old but police clarified Thursday that the girl was actually an 11-month-old.