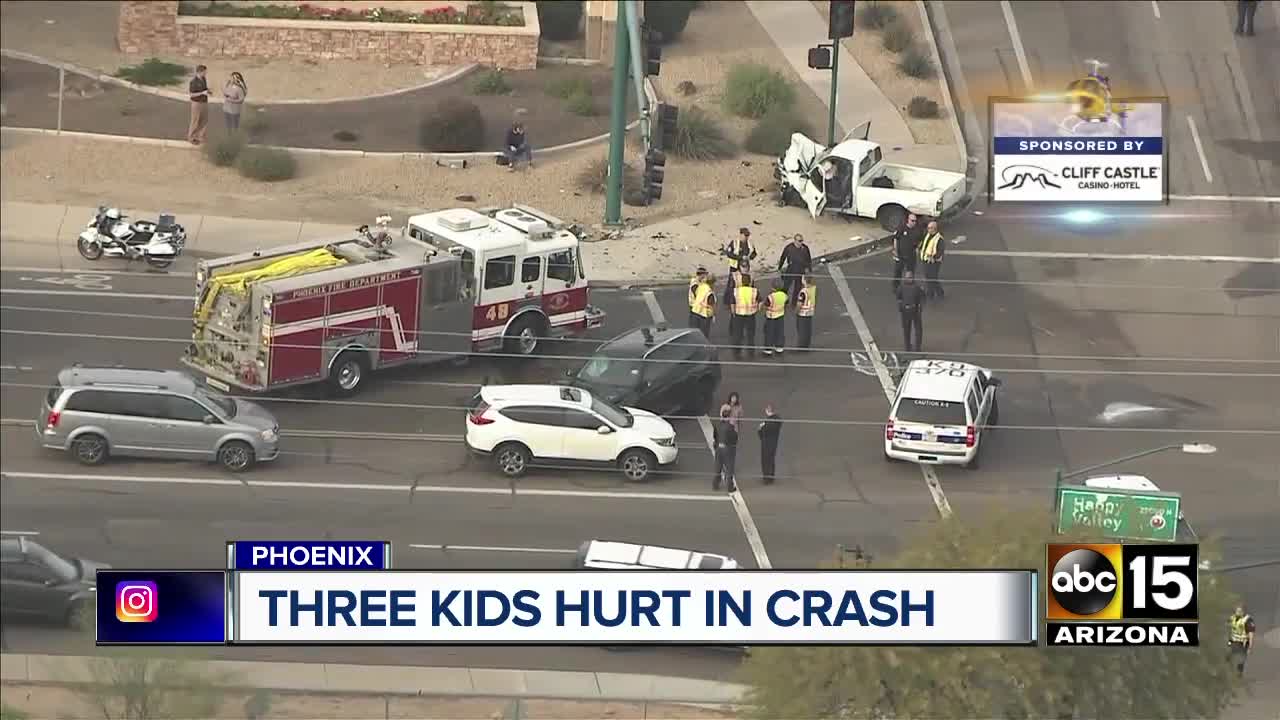 Police say one of the drivers may have been on drugs. 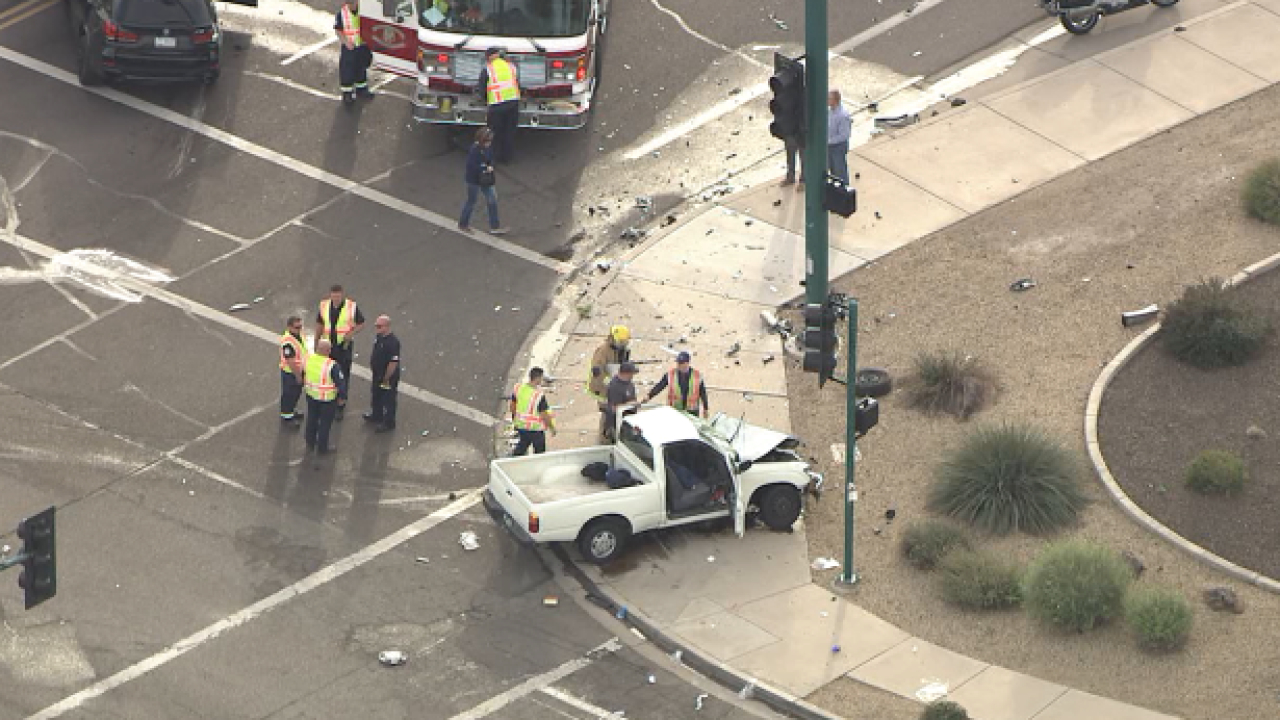 PHOENIX, AZ — A driver is accused of being impaired in connection with a crash that sent three children to the hospital Tuesday evening.

The 2-car crash happened around 4 p.m. near 43rd Avenue and Happy Valley Road.

Phoenix Fire crews tell ABC15, the children were transported to the hospital in serious condition. An adult patient was also treated, but refused transport.

Phoenix police say one of the drivers was likely on drugs.