FBI outreach to Protect Elections in Arizona and across the country 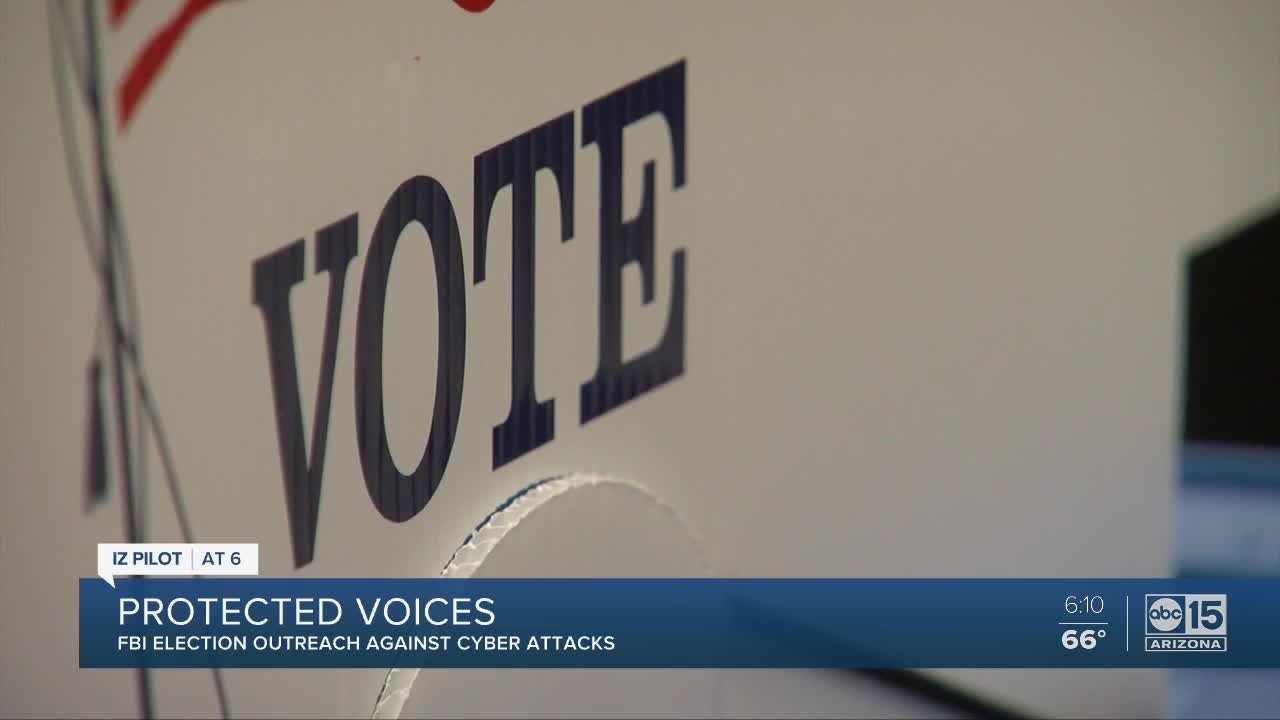 FBI election outreach against cyber attacks is underway headed into the election.

PHOENIX — Election 2020 is underway. Protecting it is already a full time job for Phoenix's FBI.

FBI Director Christopher Wray is hoping the Agency's Protected Voices initiative will be a difference maker by providing the tools and resources to political campaigns, local and state election officials and private companies to protect them against online foreign influence operations and cybersecurity threats.

"There's vulnerabilities out there," said FBI Special Agent Michael Caputo. "Our goal is to bring up these vulnerabilities to the campaigns. So you have to be cognizant."

The FBI, the Department of Homeland Security and the Director of National Intelligence say Russia and China are behind most of the efforts to disrupt the 2020 election. The FBI says cyber attacks against campaigns, secret funding or influence operations to help or people or causes and disinformation campaigns on social media platforms, all used before are being used now.

"This is a national problem, and not just an Arizona problem," said Special Agent Craig Moringiello a counter intelligence and cyber terrorism expert. "Everyone is a target of these foreign influence."

The Phoenix FBI will not say if it's involved in any local election security cases. In 2016, there was an attempt to penetrate the voter registration software in one Arizona County.