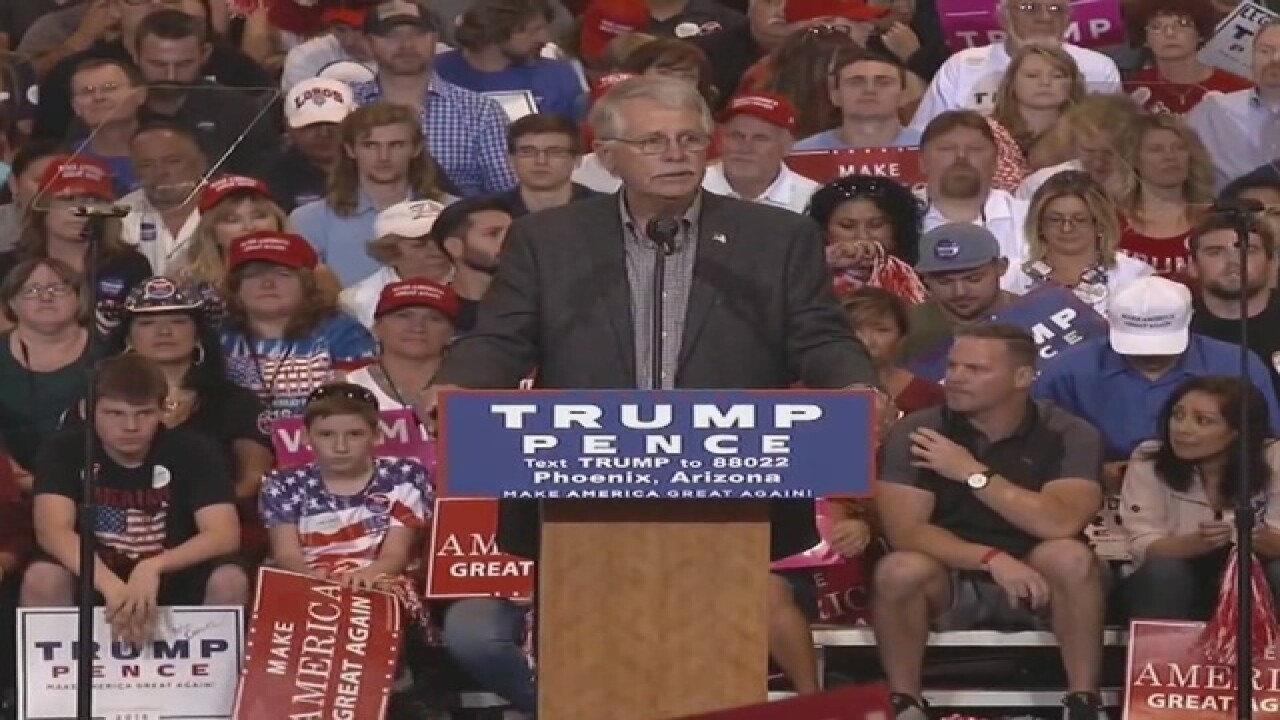 The father of an Arizona woman who was captured and killed by Islamic State militants took the stage at Saturday's Donald Trump rally in Phoenix.

Watch his emotional speech in the player above.

Mueller's daughter Kayla was captured by ISIS in August 2013 after leaving a Doctors Without Borders hospital in Aleppo, Syria.

Her family and the Obama administration confirmed her death in February 2015.