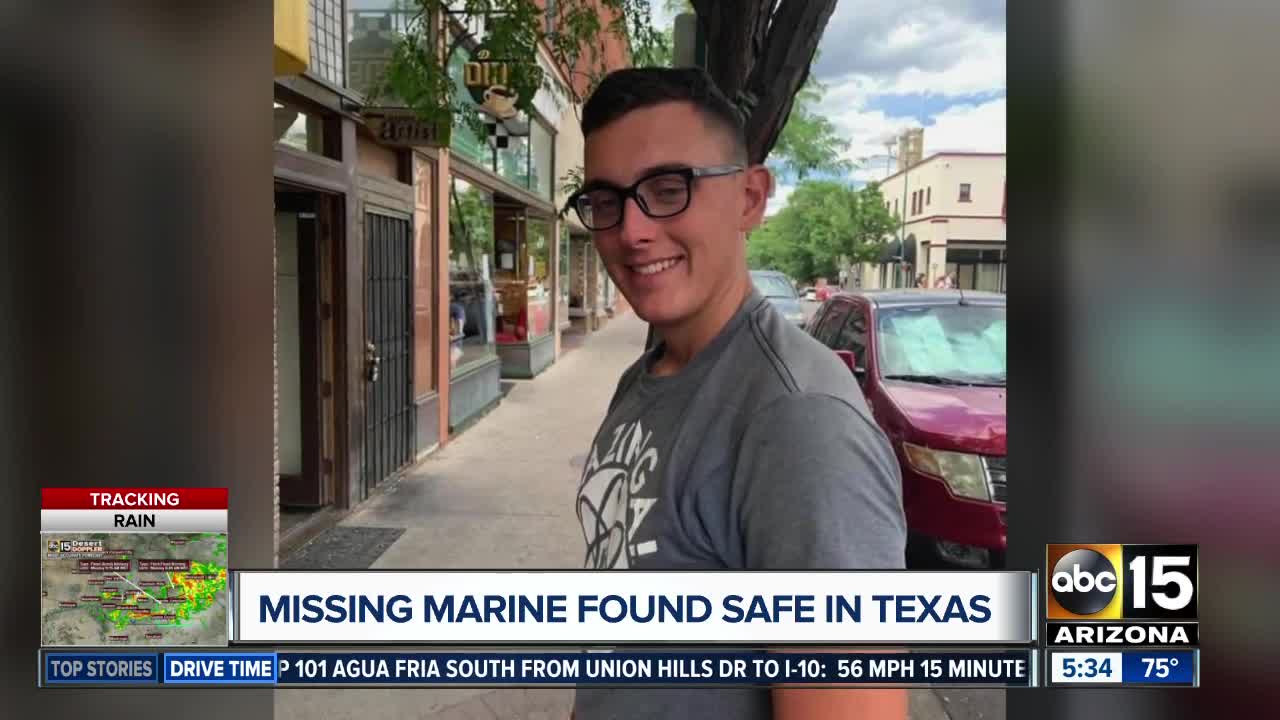 A Marine who was reported missing after visiting Surprise was found safely over the weekend in Texas. 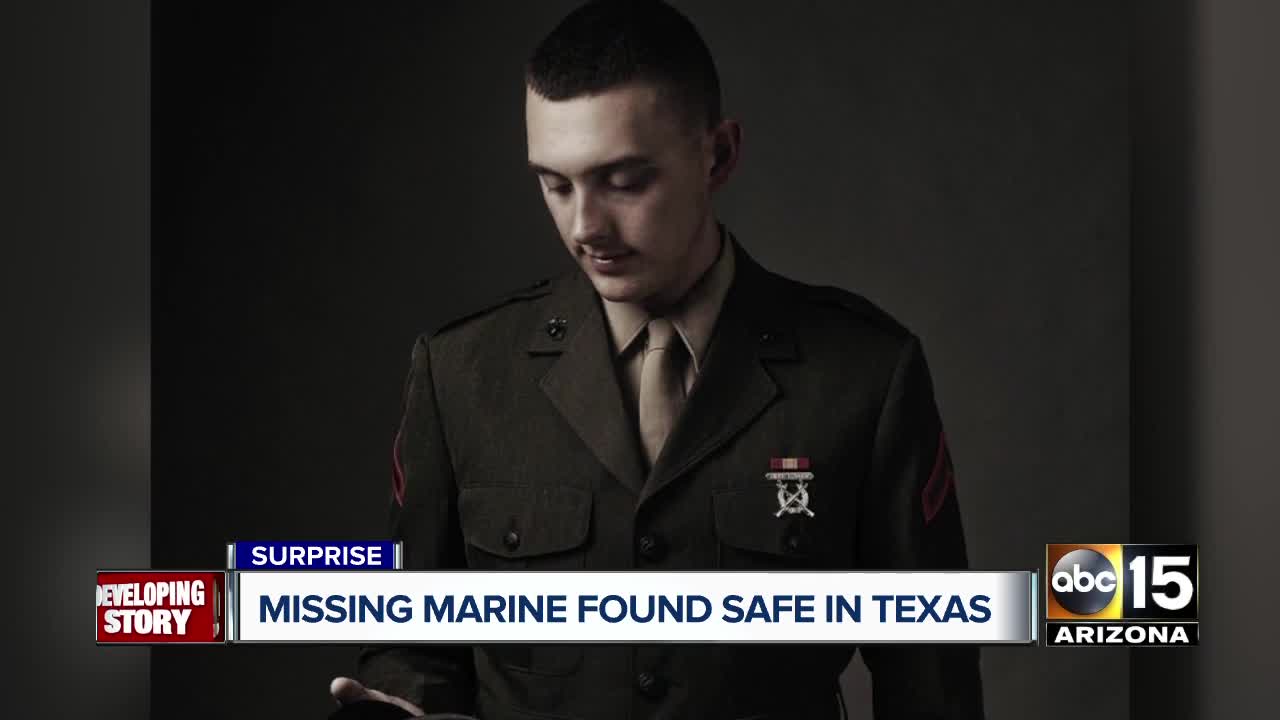 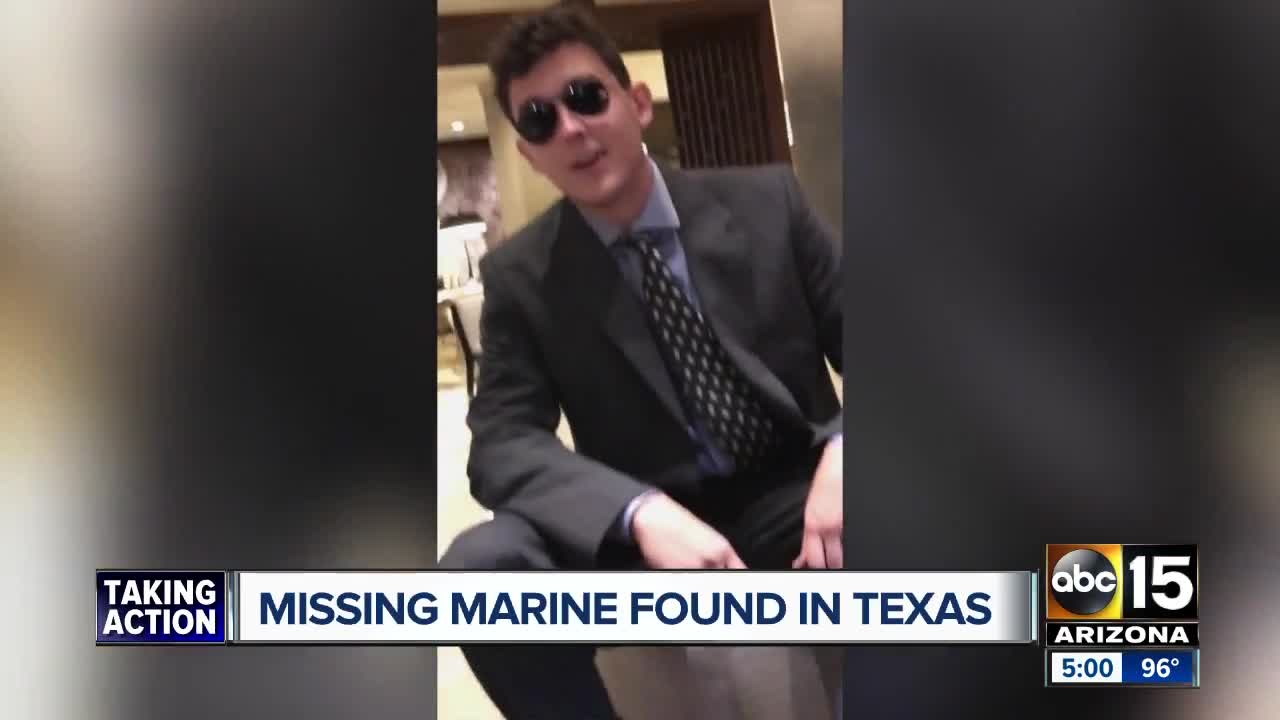 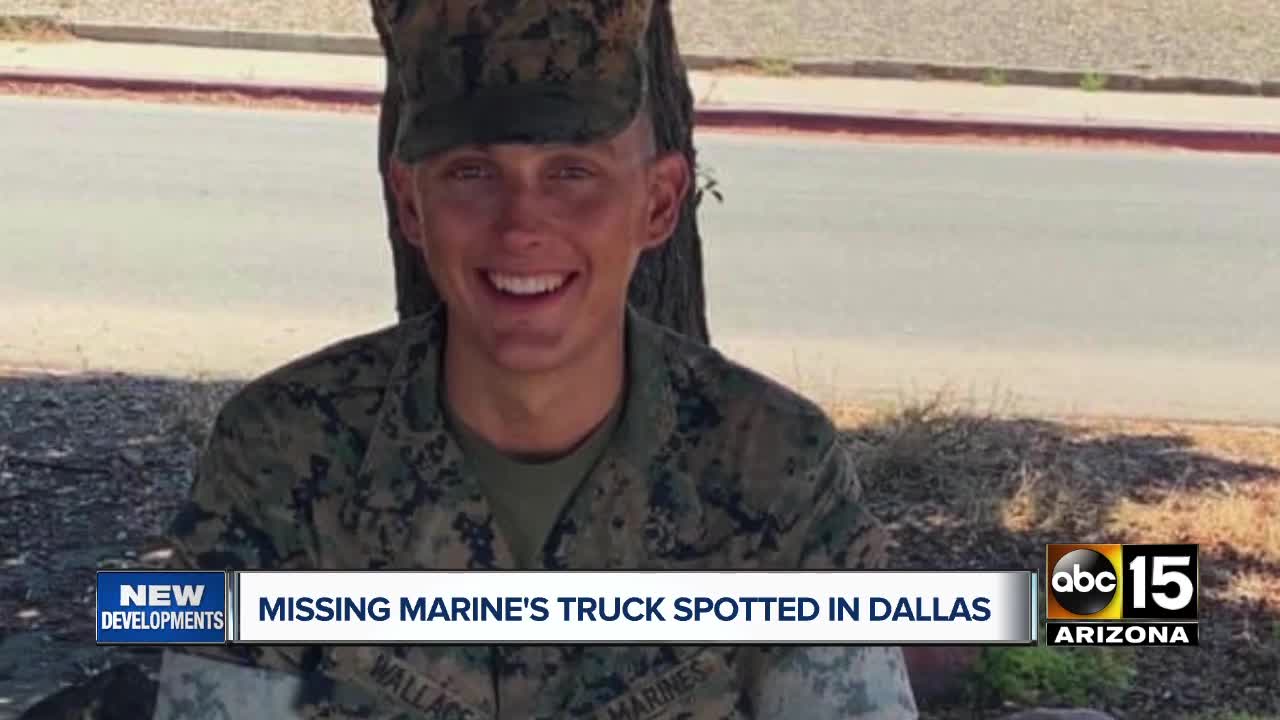 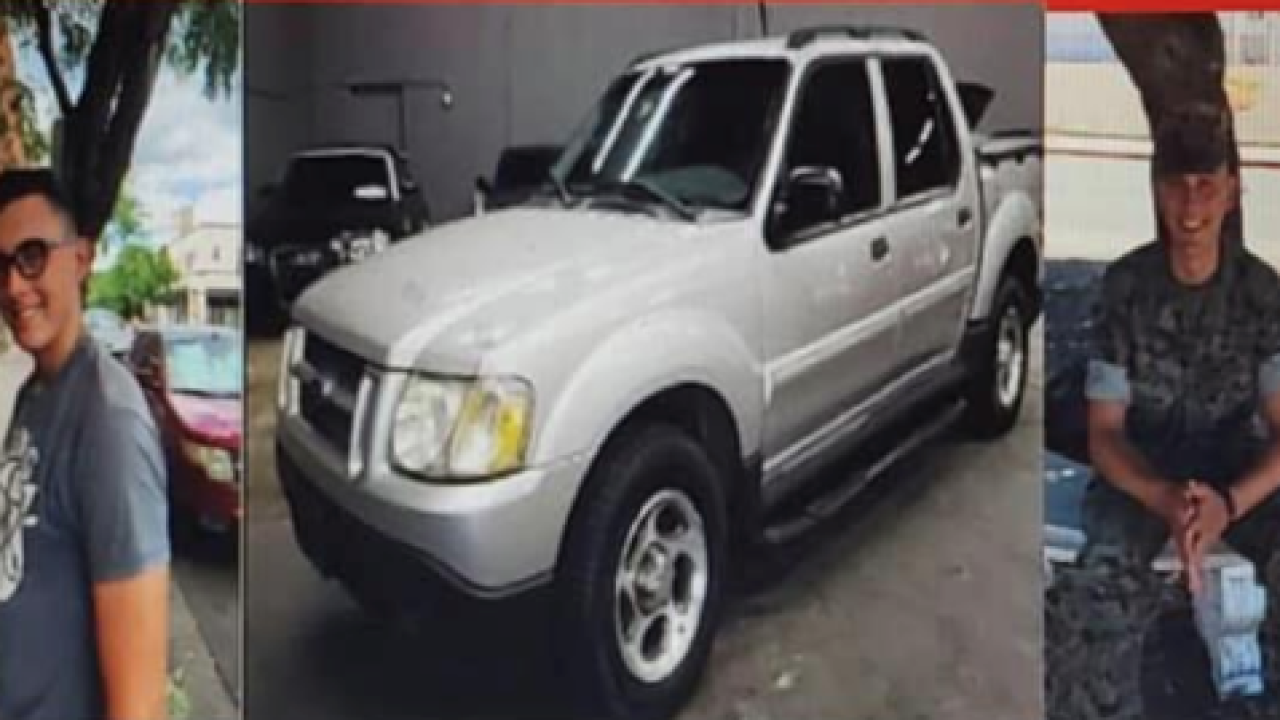 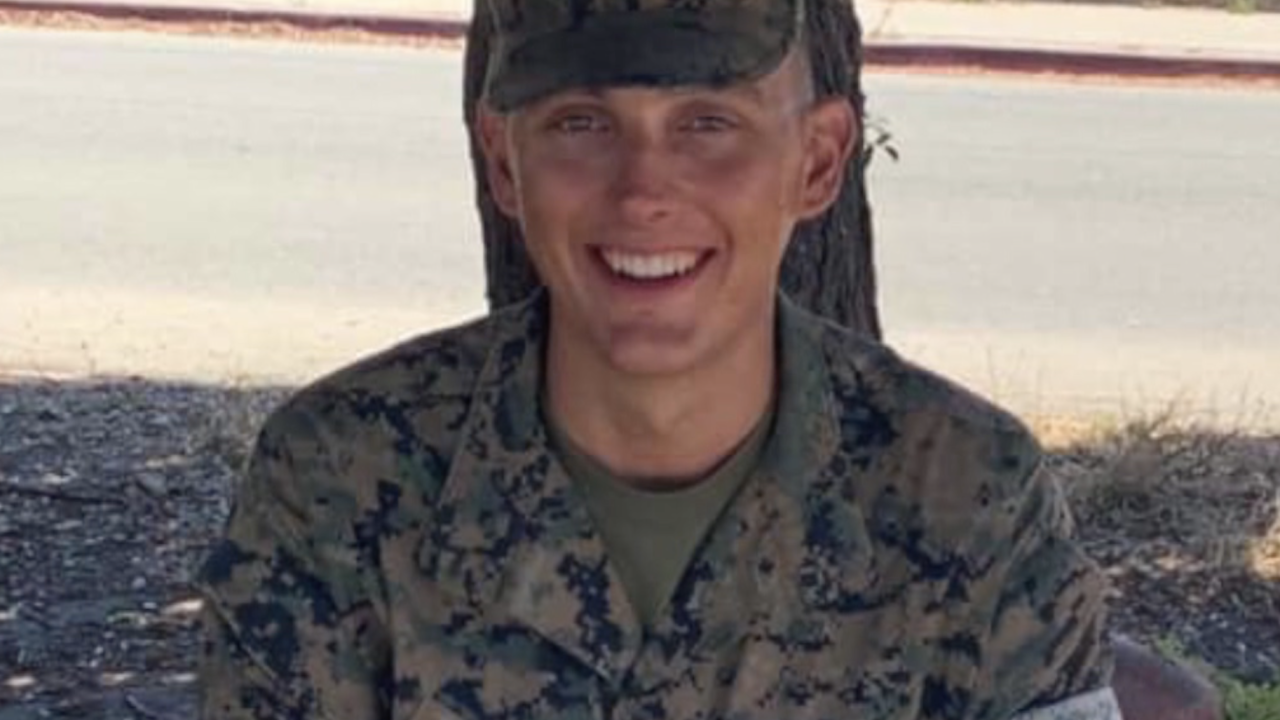 Lance Cpl. Job Wallace was taken into custody Saturday night by Naval Criminal Investigative Service and other law enforcement officers at a rest area in Navarro County, according to a NCIS statement cited by The San Diego Union-Tribune.

About an hour south of Dallas, Navarro County is more than 1,100 miles (1,770 kilometers) east of Surprise and in the opposite direction from Camp Pendleton in Southern California.

The 20-year-old had last been seen leaving a friend's house in Surprise, Arizona, on Monday night, his mother, Stacy Wallace, said.

He was due back at Camp Pendleton after a three-day leave that took him home to west Phoenix and a camping trip.

"We had a knock on the door and some NCIS agents came to our house. And of course your heart stops, every time," said Stacy.

"As soon as we heard that, it was excitement. Yelling, jumping up, hugging, crying," said Stacy. "It was like having the best news of your life."

Hours after he was "taken into custody" by the Naval Criminal Investigative Service, Stacy spoke with her son on the phone. "The conversation was very joyous.. just me rattling on about how much I love him," she said.

Stacy told ABC15 she never asked her son about why he drove the opposite direction of his base, and ended up not far from the border.

"I'm just enjoying the moment of him being back," she said. "From the very beginning, it's been about his safe return. So anything else is a irrelevant."

The statement from Kurt Thomas, the special agent in charge of the NCIS Marine Corps West field office, did not include details about how Wallace was found or what he was doing.

Stacy said her son loved the Marines. She said he had been recently promoted and was excited to get back to Camp Pendleton.

"He got into several colleges and missed scholarship opportunities just so that he could be a Marine, because he felt it was his duty to serve his country," Wallace said.

Wallace's mother had said law enforcement officials told her that her son's phone was last pinged Monday night in Arizona. But a Border Patrol camera spotted his truck the next morning traveling eastbound on Interstate 10 near Fort Hancock, Texas, southeast of El Paso.

A Surprise police spokesman had said officers took a report and turned the matter over to the Naval Criminal Investigative Service. Thomas' Saturday night statement thanked law enforcement partners in Texas, Arizona and on the federal level "for their aid in bringing this to a safe resolution."

The Wallace family is not worried about happens next, they are just happy their son will be home for the next holiday.